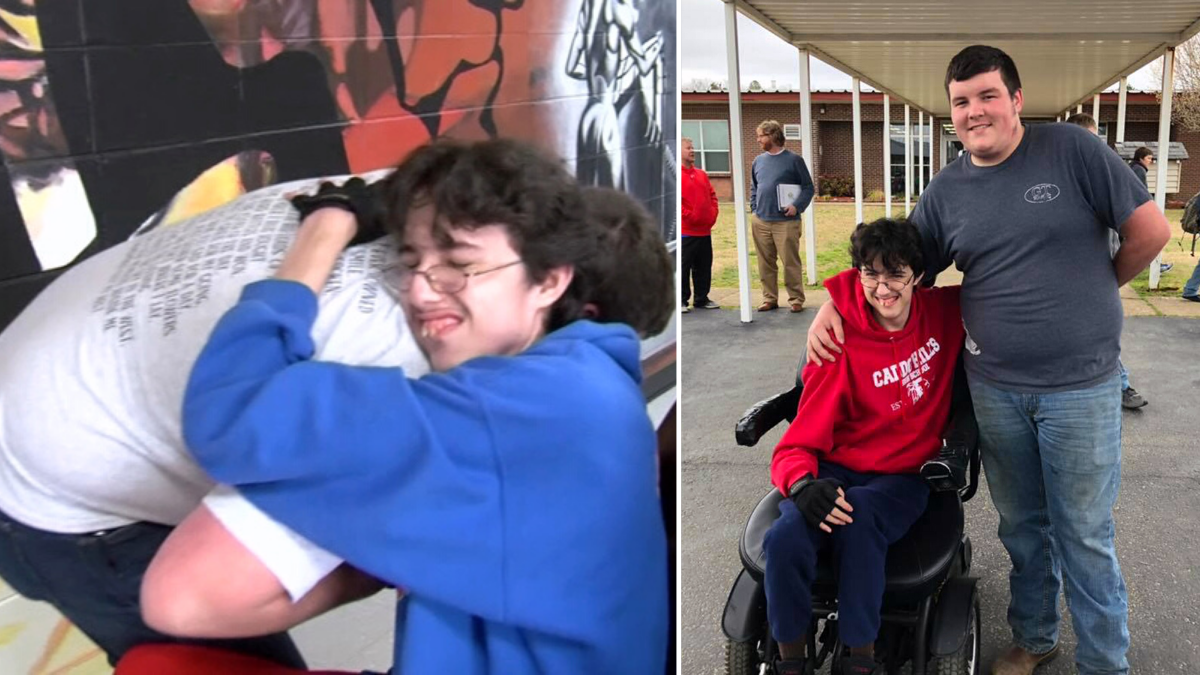 Brandon Qualls uses a wheelchair to get around. The hand-push model he had been using for years was becoming a pain for the Caddo Hills High School senior. “My arms would get really tired,” Brandon told News9 TV.

Always there for each other

However, Brandon’s struggles didn’t go unnoticed by his friend Tanner Wilson. Tanner spent two years of savings (from working part-time at a car mechanic shop) to buy Brandon an electric wheelchair and surprised him with it in front of his classmates.

“They came in and my face just blew up,” Brandon told News9. “I was just crying everywhere. I was like, ‘Wow I can’t believe he did that for me.’”

“It’s been my dream to just have one of these,” Brandon added. “And my dream came true.”

Watching the friends, it’s obvious how tight they are.

He’s just been a really good friend and I wanted to do him a favor. I just felt like I needed to do it. … Brandon, he’s just always been there for me.

Colleen Carmack, Tanner’s mom, told CNN he has been uplifted by all the media attention and smiles when he reads messages people have posted online about his good deed. She says the boys have been friends for years and that she’s proud of them.

“They both deserve the attention because they’re both great and wonderful kids,” she said.

But she says she’s not at all surprised.

That’s him. He’s always been about everybody else and not himself.

Ginger Wray, one of Brandon’s teachers, contributed to the surprise by tricking out the chair with orange flames on the fenders and his last name on the back.

“It’s awesome,” Brandon told News9, adding that he’s still getting used to driving his new wheels. “I may hit a few doors, but it’s worth it.”

Tanner said he wishes “people would care more about others, than just themselves.”

Well, his enormous act of kindness is setting a good example.

Take care of each other

A single act of kindness can be life changing.