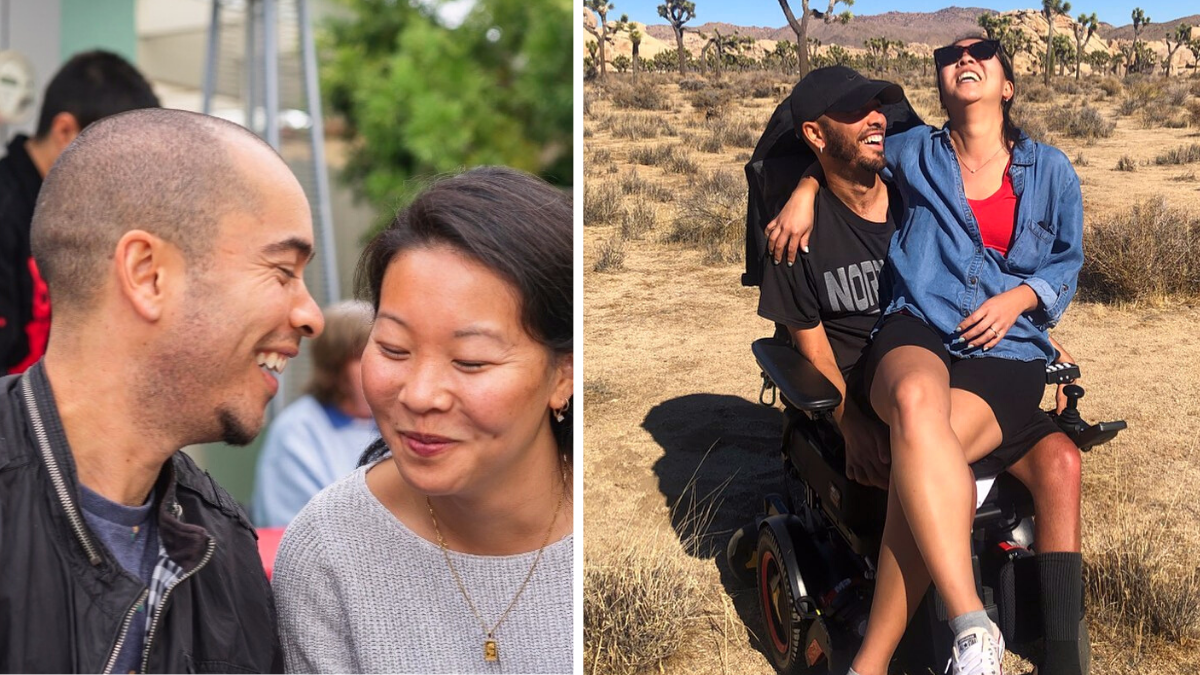 When two people take their wedding vows, they promise unconditional love and to cherish each other in sickness and in health. Lucky people don’t have to face the “sickness” part of their vows until old age. However, sometimes couples have to face hardships early, and they can choose to handle it with fear or with grace.

One San Francisco couple got devastating news and handled it in the way they best knew– by living life to the fullest.

Match made on Tinder

Chris Beckette, a San Francisco based EMT, was perusing Tinder when he came across a beautiful girl pictured in Tokyo, Japan. The girl was standing in front of a landmark that Chris recognized because he himself had an identical picture taken there. Chris swiped right on this dream girl, who turned out to be Taylor Lew, and it was a match.

When Chris and Taylor finally met, they hit it off instantly. They had so much in common, sharing a love of travel and the outdoors. Within weeks, they had already exchanged “I love yous” and had met each another’s families.

The couple’s future looked bright– but rain clouds were not far behind. A month after the couple met, Chris started experiencing a mysterious muscle weakness. After countless tests and doctor’s visits, he was diagnosed with ALS, a progressive neurological disease also known as Lou Gehrig disease, and was given between two or three years to live.

Not only was his life expectancy cut short, but he would lose the ability to take care of himself. The couple was devastated, but decided not to let the diagnosis break them.

You realize everything you thought life could be isn’t going to happen.

A shorter, yet brighter future

Taylor quickly adapted to the couple’s new reality– leaving Chris did not even cross her mind. She became his full-time caretaker and worked with him on creating a bucket list. They decided to make the most of their remaining time together, and planned adventures in Zion, Yosemite, the Grand Canyon, the Philippines, Costa Rica, and Mexico.

Knowing his love for me, and me being very confident and secure in my love for him, made it a no brainer. It really wasn’t even a decision for me to stay.

“I love Chris, I know that I can take care of him and help him keep his positive spirit, and what better calling in life can you have than to be there for someone?” she added.

In sickness and in health

In 2021, Taylor and Chris got engaged. While they didn’t get legally married due to concerns about Chris keeping his medical insurance, their commitment to one another is stronger than ever. It has been two years since his diagnosis, and Chris is still here, enjoying every day with Taylor.

Chris and Taylor’s love story is inspiring. Not only are they relationship goals who travel the world together, but they fully embody the important vow “in sickness and in health.”

live life to the fullest

“After all, life is too short to be anything but happy.” – Karl Marx