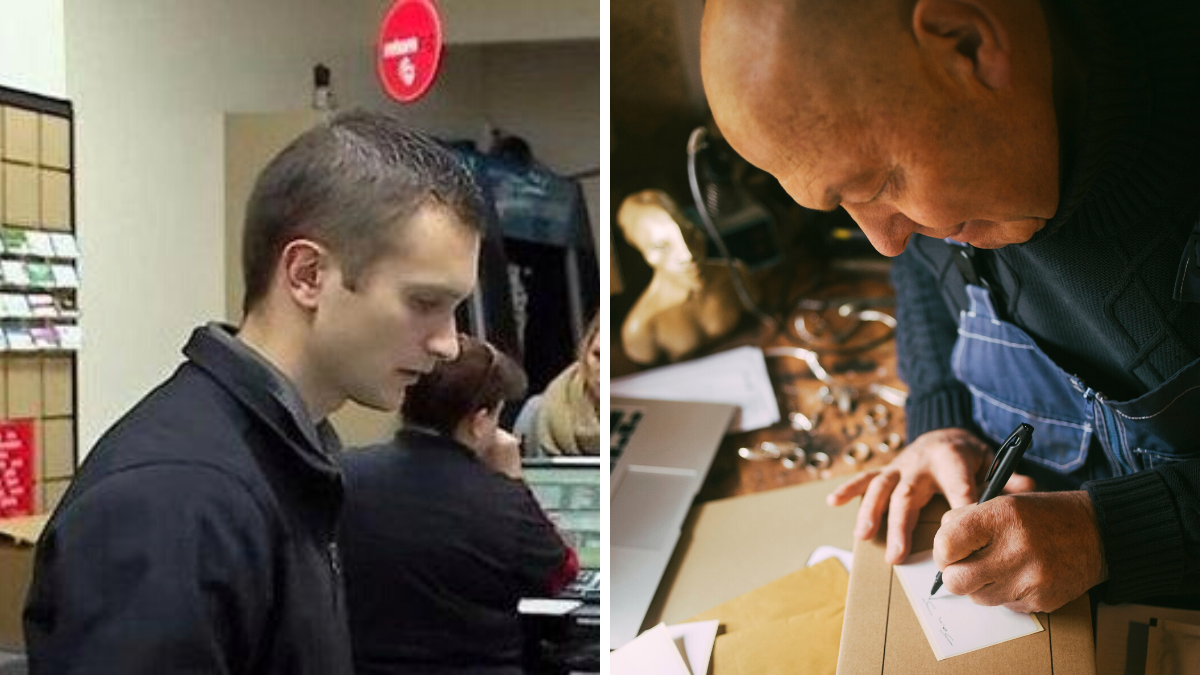 Anyone can fall victim to a scam, but it seems as though plenty of scammers out there often target the elderly population. Luckily, as this story proves, there are still plenty of good people out there who want to make sure that doesn’t happen.

Going about his business

In December 2018, just a couple of weeks before Christmas, Myro Kuzmyn was working the desk at his UPS store in Mt. Juliet, Tennessee. An elderly man came into the shop requesting to ship a package with documents inside.

Right away Kuzmyn knew something was up. Not only was the package too small to fit the reported documents, but when he asked the man, estimated to be in his 80s, whether he knew the person he was sending the package to, he hesitated.

The entire process and the conversation that we had, something just did not seem right, and my gut instinct was telling me to look into it a little bit more.

So instead of shipping the package, set to arrive exactly at 8 a.m. the next morning, Kuzmyn called the police.

After the police did a bit of digging, they realized the elderly man was about to send $4,000 to a person claiming to be a lawyer from another state. He had called the man claiming he needed the cash to bail a family member out of jail. He also specifically told his target not to tell anyone else about the money.

Thankfully, because of Kuzmyn’s action and decision to follow his gut, he saved the man from losing the money.

It is rewarding to share the story so that hopefully nobody else gets into this type of scam, and at the end of the day, it’s humbling, because this could be my grandparents.

In an interview with News4 WSMV Nashville, Capt. Tyler Chandler of the Mt. Juliet Police revealed that these kinds of scams, unfortunately, happen all too often. Especially around the holiday season, and in particular with the elderly.

“Of course, a man at this age, he wanted to help a family member and immediately wanted to send the cash. Luckily, Myro stepped in and prevented the elderly gentleman from becoming a victim,” the Captain said.

This particular scam is sometimes referred to by authorities as the Emergency or Grandparent Scam. It typically starts with a phone call from a “family member” or “friend” who creates a highly dramatic situation that appears to warrant immediate action. Often these fictional incidents take place in another country and require the victim to send money.

The fact that Kuzmyn knew to step in certainly reminds us that there are good people out there in the world. Had he not asked this particular man some follow-up questions or even struck up a conversation in the first place, he probably would have never recovered his money.

Not all of us are in a situation to help someone who may be going through something similar. However, this story does highlight the importance of having such conversations with aging parents or grandparents and explaining that these scams exist. Remind those you love that if they ever do receive a phone call like this to hang up and try to call the family member in question directly. And, although sometimes a situation can seem dire, try to never react right away without all of the facts.

No one wants to see anyone get scammed. But talking about these situations and sharing info is one of the best ways to stay informed and to protect your loved ones. Meanwhile, it’s also comforting to know that good people like Kuzmyn exist and that they too are out there sharing the warning signs to stop scams like this from taking place.

look out for others

“Always have a willing hand to help someone, you might be the only one that does.” – Roy T. Bennett