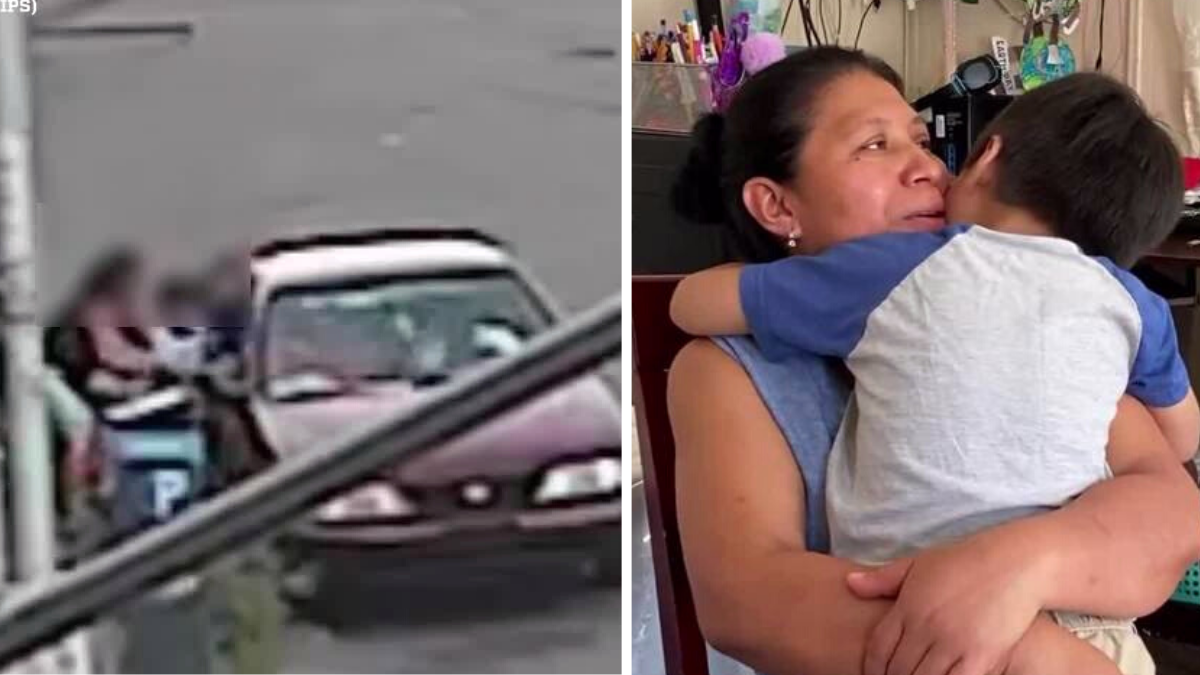 Lopez was walking down the street in Queens, New York, with son Benny and daughter Zuriely- with their 5-year-old brother Jacob running ahead- when all hell broke loose.

In mere seconds, a man bolted from an idle car- with another man sitting in the passenger side- grabbed her son, threw him in the back, and raced around to the driver’s side to flee.

Lopez told ABC-7 she was terrified.

Lopez quickly shifted into mama bear mode, desperately trying to open the door, but it was locked.

At that moment, Benny shouted for his little brother, prompting Jacob to sit up in the backseat. That’s when Lopez saw her chance to act. Noticing that the window was open, she reached in and pulled her son to safety just moments before the car sped off, nearly hitting someone. “When my kid stand up in the window, I take him out,” she recalled.

The chaos quickly got the attention of bystanders, who rushed to help.

Because I’m screaming, the people coming, and they help me. One lady come and called the police.

Lopez later said that she had never seen the two men before. “They weren’t talking or nothing, they just took my kid and put him in the car,” she said.

Police eventually apprehended 24-year-old James McGonagle at a local hospital and charged him with attempted kidnapping, reckless endangerment, and acting in a manner injurious to a child. According to officials, he was also charged with assaulting a police officer.

As per the NY Daily, McGonagle was placed under psychiatric evaluation. It is believed that the other man in the car was McGonagle’s father. There’s no word if any charges were brought against him.

Lopez said she’s relieved that both her son- and other families- are safer with the kidnappers off the street.

My family, they all feel good. But now I know the man is not on the street and now I can rest and I know my family is OK. He can’t do this with another kid.

This story gives us all two important reminders. The first is a sober reminder that anything can happen at any time. The second is when it does, there’s no danger too great to keep a mother away from her child.