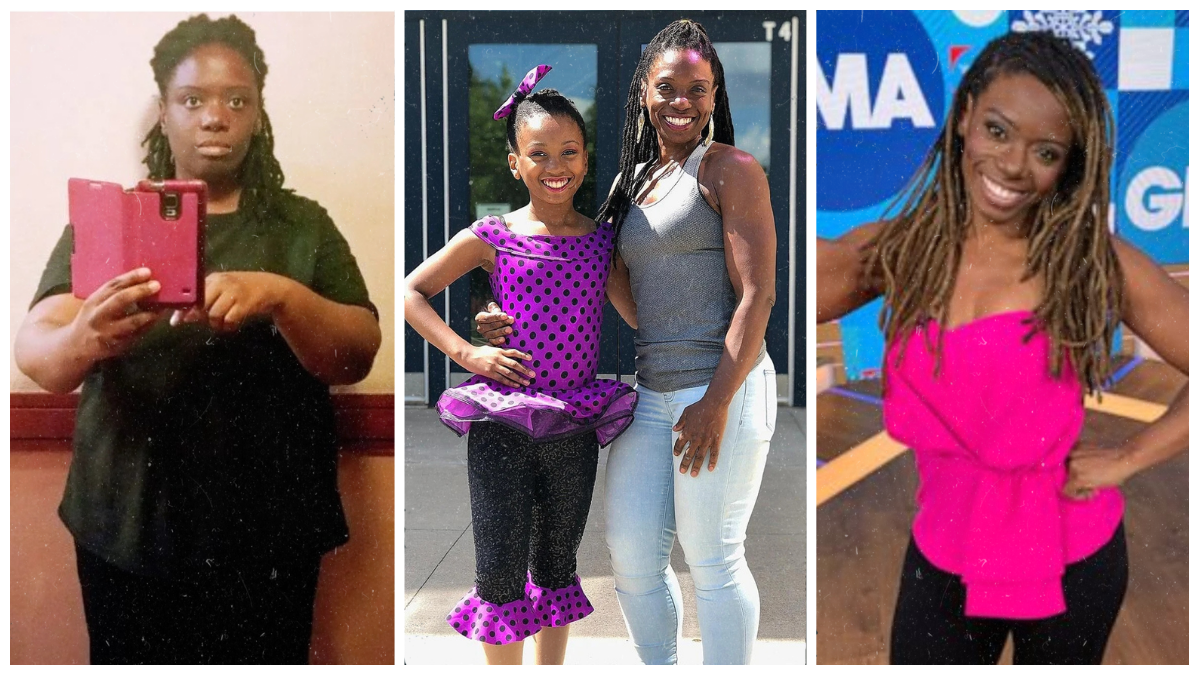 After Marsha Parker became a mom in 2010, she fell into the trap of neglecting her health and kept gaining weight until she realized the impact it was having on her daughter.

As a single parent, Marsha had to give up her high-paying job as a financial advisor for a job that paid less but provided more flexible hours so that she could take care of her little one.

“I had to start from the bottom,” Parker told People. “There wasn’t a lot of money.”

Whatever money she did have for food at the time went to her daughter, Kumari, first.

Marsha would buy healthy food for her daughter, but eat junk food herself to save money

“I made a choice,” said the now 41-year-old from The Bronx, NY. “If either of us was going to eat healthy, it was going to be her. I gave her the green smoothies while I was eating $1.25 fried chicken.”

When Kumari was just a newborn, Marsha was already overweight at 210 pounds, but it was the least of her concerns at the time.

“I was stressed and I think I was going through a bit of postpartum depression without realizing it,” she said.

“Kumari would be asleep and I would be crying, eating chocolate pudding and drinking Pepsi. I would buy foods that I knew were bad, but they gave me comfort at the time.”

I know that I have to do certain things and all of them are priority and they all must be done. So I do them.

She continued on the pattern of self-neglect until she reached 290 pounds, heaviest weight. Kumari was five when her mom developed high-blood pressure and was diagnosed as pre-diabetic.

“Kumari started worrying about me,” Marsha remembered. “She’s very smart, and smart kids will keep you on your toes.”

“I would have headaches from the food and she would say, ‘I need you to be healthy, I’m really, really worried about you. Please eat healthy.’ I realized that my health was connected to her wellbeing.”

Hearing Kumari say those words inspired her to take action and she signed up for kickboxing classes.

Marsha was on a limited budget but she knew that spending the money was the incentive she needed to stick with the program.

Then, she discovered The Mile High Run Club, a studio that offers treadmill running classes and she was hooked.

Her daughter was a huge support system to her

At the same time, she started making changes to her diet, prioritizing nutritious foods that fuelled her workouts in return.

“I was so determined, I didn’t miss the foods I used to eat,” said Marsha. “I knew that it was do or die, so I was on board.”

A year later, she was down 100 pounds and after hitting a training plateau in July 2018, she decided to give weightlifting a try.

“That was a game changer,” remembered Marsha. “I was losing weight and gaining muscle.”

She has since run a 10K race, completed a half-marathon and her daughter is her biggest cheerleader, often joining her on runs around Central Park.

These days, Marsha juggles five-day-a-week workouts with homeschooling Kumari, Ph.D. classes and her job as an online teacher. She is down 155 pounds.

“I know that I have to do certain things and all of them are priority and they all must be done. So I do them,” said Marsha.