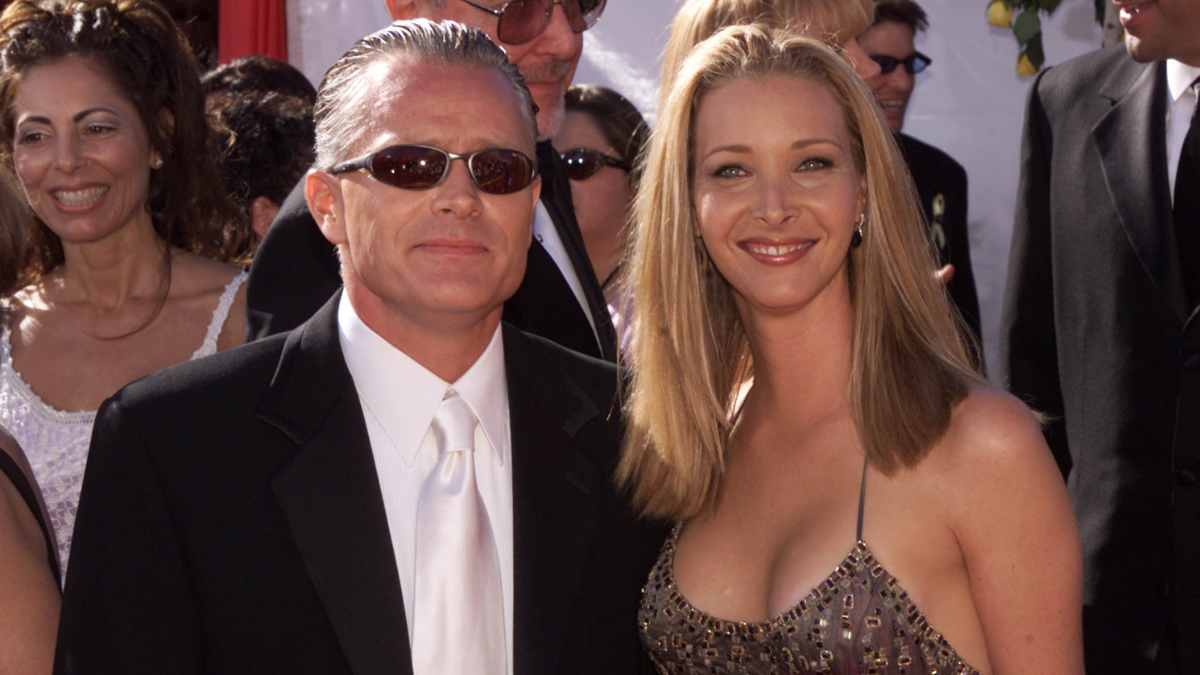 Some relationships simply don’t have a fairytale beginning, but they can have a fairytale ending and that’s exactly the case for Lisa Kudrow and her French advertising executive husband, Michel Stern. When the couple first met back in the ‘80s, the Friends star experienced a sort of love at first sight as she immediately became smitten with Stern. There was one major problem, however: He wasn’t single. Then, once he was, their paths didn’t cross for years. And yet, they just celebrated their 26th wedding anniversary earlier this year.

Here’s what we can learn about timing from Lisa Kudrow and Michel Stern’s perfectly imperfect love story:

Lisa Kudrow was a young, aspiring actress with just a handful of credits to her name when she developed a major crush on Michel Stern — who was dating her roommate. Speaking with MailOnline in 2015, she opened up about that time in the 1980s when she was living with a “French girl” who was dating Stern who “had just moved here.” She instantly felt a connection between herself and her friend’s boyfriend, but she didn’t do anything about it. “I’m freakishly polite, so I saw him and went, ‘Well, he’s the perfect man and it’s all ruined because now they’re together and I can’t [make a play for him],’” she recalled, explaining, “I thought that that’s not nice to flirt. But the minute I saw him I went, ‘Well, that’s it, there he is.’”

I THOUGHT THAT that’s not nice to Flirt. But the minute i saw him i went, “well, that’s it, there he is.”

Kudrow tried her best to play it cool, but she was worried that everyone would notice her infatuation, so she began avoiding Stern. “When he’d come to pick her up, he’d say, ‘Oh, hello Lisa,’ and I’d say, ‘Hi,’ and I’d go and leave the room and he thought I was a freak,” she shared. In the end, her roomie and Stern only “went out for two and a half months,” but the timing wasn’t right after that either and nothing came of it. Not then, at least. “Six years later I met him again at her birthday party and we just never stopped. We’re still friends,” she recalled.

Once Kudrow and Stern reconnected, they wasted no time moving their relationship forward, proving that timing really is everything. They tied the knot in May 1995, just one week after Kudrow wrapped the first season of Friends, and as she catapulted into the spotlight, her relationship remained happily stable. She and her beau had their first (and only) child, son Julian Murray Stern, in 1998 and their loving union hasn’t wavered in the decades that have followed.

Once you make a commitment, stick to it

Lisa Kudrow doesn’t like talking about her private life, but she has occasionally shared some of her top advice for a great decades-long marriage. Similarly to fellow actor Jamie Lee Curtis, whose motto for relationship success is “don’t leave,” The Comeback star spoke with Glamour in 2014 about the importance of sticking to your commitments, even when things aren’t perfect.

“When [Michel and I] decided to get married, we understood: We’re not promising to love each other forever, because you can’t do that, but we are promising to work on whatever problems come up,” she told the outlet, sharing how they’ve always been “committed to our marriage working. It turns out, after you have a history, there’s such a bond, and love takes another shape. But, oh, I don’t want to jinx it — I’m superstitious!” she laughed.

Kudrow also touched on the importance of maintaining your independence while building a solid partnership. “We respect each other’s independence, and I don’t mean that as a euphemism,” she began, clarifying, “I don’t mean relationship-wise outside the marriage. Clear? But I don’t like to travel,” she continued, offering a real-world example: “If he wants to go on a golf trip, he goes. I think people get in trouble [when they assume they’re] supposed to be one unit, in sync about everything,” she mused, noting that marriage “is like being on a team. Each teammate is different, but you have the same goal.”

We’re not promising to love each other forever, because you can’t do that, but we are promising to work on whatever problems come up

That approach has allowed Kudrow and Stern to do their own thing while feeling secure in their union. In 2020, for example, when they spent their 25th wedding anniversary apart, it wasn’t a big deal. In fact, they were both completely unbothered by it. As Kudrow shared with Jimmy Kimmel, the whole family had been quarantining in Florida, “but that house needed work. And then […] it got to be hotter, as it does in the Palm Springs area, so it was too hot for me.” That’s when she and her son decided to return to their home in Los Angeles while Stern stayed behind to supervise a renovation on their place in Florida, meaning he couldn’t be with his wife on their anniversary. “We are so used to not actually being able to be together on our anniversary, we were like, ‘Oh, well. Does it matter? I love you. You still love me? Yeah. Great. We’re good,’” she laughed, pointing to what truly matters in a relationship.

Lisa Kudrow and Michel Stern may prefer to keep their private life private, but there’s plenty they can teach us about being successful in love. In addition to the importance of timing, they show us that even the happiest-looking, longest-lasting union isn’t always perfect. Rather, you need to work to make your relationship last while setting up a set of ground rules — including the perfect amount of independence — which will help you build a foundation that will remain strong for decades to come.