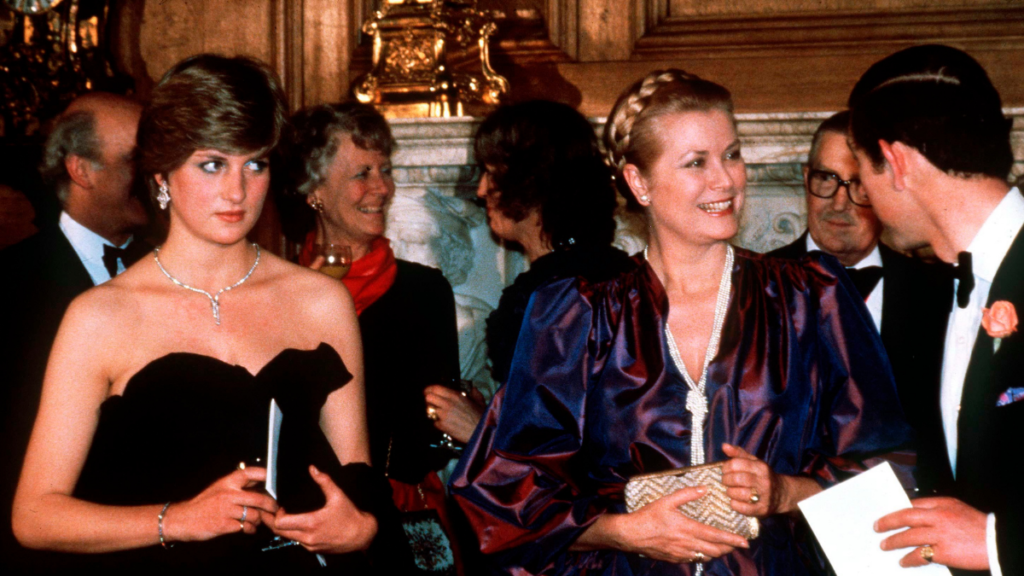 Mariah Carey and Princess Diana have more than the nineties in common.

The roaring nineties indeed catapulted both women to the stratosphere of the public consciousness, but they were also poles apart in other ways. One was a princess whose highbred status and graceful demeanor captivated the entire planet in just a few years, the other a so-called ‘Diva’ with a five-octave vocal range, born to a broken, biracial family in New York.

So what occurred when the two stumbled across each other? As Mariah Carey recalls, they weren’t as unlike as people might imagine. They both harbored unimaginable grief and pain beneath the surface, so they met, they were immediately able to distinguish a thread of commonality within them. A force that united them through all their perceived disparities.

In just a brief moment, Mariah Carey could feel and understand Diana’s “terror”

In her memoir, Mariah Carey recounts her sole encounter with Princess Diana and how she felt it established an unspoken but powerful rapport between the two ladies. At a Vogue party, sometime in the mid-nineties, the All I Want For Christmas Is You singer spotted Princess Diana, wearing a “stunning sapphire-colored gown, neck dripping in the same blue gems.”

They didn’t make any conversion per se, but with just one look, Mariah could feel and live through Diana’s plight. “She had that look,” described Mariah. “The dull terror of never being left alone burning behind her eyes.” At the height of Diana’s celebrity, she wasn’t known so much as the charming, albeit delicate, People’s Princess but as the tempestuous, unstable figure preparing to pulverize the monarchy. Paparazzi hounded like a pack of hungry wolves, they created baseless theories about her mental and emotional state of mind, they pitted her against her estranged husband over and over again to agitate the audiences— the obsession was just relentless and spiteful, and ultimately it played a direct role in her tragic death in Paris.

We shared that understanding of how it felt always being surrounded by people, all of whom might now be trying to hurt you, but all of whom are trying to do something.

Mariah’s situation didn’t exactly mirror that of the Princess, but she knew first-hand what it is like to be heavily scrutinized by the media and have the most intimate pieces of your life be peddled for mass consumption. Mariah said they both understood what it was like to “always be surrounded by people, all of whom might now be trying to hurt you.”

The Songbird Supreme added that she didn’t know this would be one of Diana’s last public appearances or that such an unimaginable tragedy would befall her in such a short time.

Both women were survivors of abusive families and unhappy marriages

It wasn’t just the media fixation that united the two women; they were both survivors of abusive families. Mariah has been more than forthcoming about the oppression and gaslighting she suffered at the hands of her mother, brother, and ex-husband, Tommy Mottola. She has described marriage to Tommy as akin to being “held captive” in prison, where she would be helplessly monitored by “armed guards” and “security cameras.” Princess Diana had also spoken extensively against the monarchy and her husband before her death, and how the institution suppressed her humanity in the name of maintaining age-old customs. “I felt that my personality was taken away from me, and I was taken over by the royal machine,” she told Martin Bashir in 1995.

They both felt like they had little to no control over their own lives; simultaneously, they were pressured to “perform” a particular role to appease their demographic, whether it’s R&B and pop fans in the U.S. or the populace in the United Kingdom. They both loved their job, but they were severely mistreated by the parties that managed their respective professions. “We were both like cornered animals in couture,” said Mariah.

Both Diana and Mariah certainly exuded an air of confidence, charm, and vitality, but when the cameras weren’t rolling, these women were fighting for their dignity; they were fighting to assert their agency and reclaim the countless narratives woven against them. What’s unfortunate is that only of them turned out to be genuinely successful in liberating herself from her cruel prison; the other passed away catastrophically due to her confines. Mariah described Diana’s demise as a “death by tabloid,” and while they were other factors at play, it’s undeniable that the paparazzi’s violent addiction to Diana, in fact, did play a role in the car crash.

Over the years, Mariah has thoroughly studied Diana’s image and believes they have far more similarities than most would imagine. Mariah was just lucky in a way Diana hadn’t been: she found an opportunity to break away from a volatile situation, and she made the most of it. She was allowed to age, gain wisdom, cherish her maturity, and raise her family on her own terms, none of which were available to Diana in her time on earth. She also says the ascendance of social media also worked to her advantage; because of her colossal community of fans, she feels empowered at every turn. She feels loved, she feels like she matters, she feels like she has support. “I only wish Princess Di had lived long enough to have Instagram or Twitter. I wish she had lived to see the people become the press,” said Mariah.

A lot of people forget Mariah’s “Diva” reputation stems from her traumatic past; she developed a thick skin and an assertive nature to preserve her power and feel independent. It’s a coping mechanism to the violence she’s faced, and we need to empathize with her for the hurdles she’s overcome over the years.

Focus on similarities, not differences

Mariah and Diana’s unlikely connection tells us we shouldn’t judge anyone by their appearances; after all, you never know if you’re experiencing the same phenomenon as them. All it takes is to step over the line and view the world from the other person’s lens, and you’ll see just how similar everyone is. No matter your background, race, gender, nationality, generation, or age, some things in life never change. The feeling of powerlessness, inadequacy, exhaustion — these feelings will never cease to exist. Everyone is going to undergo these challenges at some point or the other.