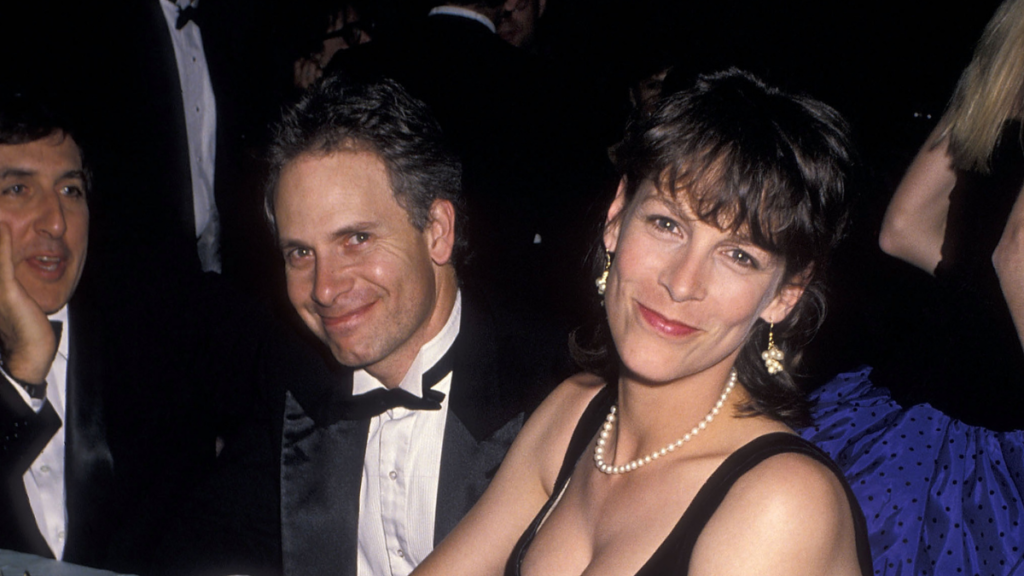 After 36 years of marriage, Jamie Lee Curtis and Christopher Guest’s love story is impressive by any standard, but especially by Hollywood’s. The couple, who met in the mid-1980s, is proof that when you open yourself up to love, great things can happen. But they’re also adamant about the fact that a long-lasting union isn’t easy. Rather, it takes ongoing work and Curtis’ advice for marital bliss boils down to just two simple words, which are likely to surprise you.

Here’s what we can learn from Jamie Lee Curtis and Christopher Guest’s decades-long romance:

“I think it’s crucial to put yourself in the path of love.” That’s the first piece of advice Jamie Lee Curtis offers when asked about how she managed to find her lifelong love at age 25. A huge proponent of taking a proactive approach to life (and love), Curtis has repeatedly spoken about how she pursued Christopher Guest after deciding he’d be a great match for her.

“Look, I reached out to [Christopher’s] agent. I left my number. He didn’t call me by the way,” she shared with HELLO! in 2021. But that was by no means the end. Soon, the universe appeared to step in as they “ran into each other at a restaurant, and then he called me. But I put myself in the path of it, because I have believed in that my whole life: Put yourself in the path, do your work and let God take over the rest,” she encouraged.

It’s a sentiment she also shared with Oprah when she recounted the couple’s meet cute in detail. It was “one spring afternoon in 1984” and she was flipping through Rolling Stone with friend and Halloween co-writer Debra Hill. When she happened to land on a photo of three guys, she “looked at the man on the right, wearing a plaid shirt and a waggish smirk. I’d never seen him before, but I pointed at him [and said], ‘I’m going to marry that man,’” she recalled. Luckily, Hill did recognize him and gave Curtis the contact info for Guest’s agent. “The next day I called the agent, gave him my number, and told him to have Chris call me if he was interested,” she shared.

That initial pursuit didn’t work and she didn’t hear from her crush, but a dinner at Hugo’s in West Hollywood would soon change everything. “I glanced up and found myself staring straight at Chris, three tables away,” Curtis recalled, reminiscing how “he waved to me as if to say, ‘I’m the guy you called.’ I waved back: ‘I’m the woman who called you.’ A few minutes later, he got up to leave. Standing 20 feet away, he shrugged his shoulders and put up his hand as if to say, ‘I’ll see ya.’ As he left.” This time, he did call and they went on their first date just a few days later. By the following month, “we’d fallen in love” and one month after that, he proposed. They were married before the year was over and haven’t parted ways since.

Speaking with TODAY in 2021, Curtis elaborated on just how important it is to put yourself out there and lean in. “Our lives do hinge on a couple seconds that we don’t see coming and what we do in those seconds ultimately determines the rest of our lives,” she mused. “I met my husband by seeing his picture in a magazine and saying out loud to a friend of mine, ‘I’m going to marry that dude,’ and married him four months later. So the truth of the matter is, life hinged for me on a couple seconds that I didn’t see coming,” she said.

While most people may look at Jamie Lee Curtis and Christopher Guest’s relationship and think that they have it easy, the truth is that the couple puts in the work to make their union a success. It’s something Curtis has spoken about candidly on numerous occasions, like in 2015 when she told TODAY that her best marriage advice is “don’t get divorced. It’s a fascinating thing. I could write a book on marriage called ‘Don’t Leave,’” she quipped.

Don’t leave. There’s a recovery phrase that says, ‘Stay on the bus, the scenery will change.’ You think you’re having a bad week, but stay on the bus, because one of these days you’ll look out the window and it’ll be beautiful. I’m not a wild romantic. I’m a realist. I respect him. And I just don’t leave.

She elaborated on the idea with Good Housekeeping a few years later in 2018, recommending, “Don’t leave. There’s a recovery phrase that says, ‘Stay on the bus, the scenery will change.’ You think you’re having a bad week, but stay on the bus, because one of these days you’ll look out the window and it’ll be beautiful,” she explained, adding, “I’m not a wild romantic. I’m a realist. I respect him. And I just don’t leave.”

All these years later, it’s a concept that continues to serve them well, as Curtis and Guest are still putting in the effort to make their relationship the best it can be. Speaking with HELLO! In 2021, the Halloween star said she still believes that the best advice she can offer anyone is “don’t leave. That’s really it – two words. Because you will want to,” she admitted. “If you’re telling me anybody who’s married for a long time hasn’t thought ‘I hate them, I want out,’ of course they have! I believe if you stay on the bus long enough, the scenery will change,” she assured.

If you feel “comfort” and “connection,” you’re on the right path

Jamie Lee Curtis and Christopher Guest may be “opposites” but they’re okay with that! “We don’t listen to the same radio station, we don’t read the same paper, we don’t go to bed at the same time,” Curtis told Good Housekeeping, but was quick to add that they do make an effort to share some pastimes. “We read the same history books,” she continued, adding that “for our 30th anniversary we both read a book called Undaunted Courage, the story of Lewis and Clark. Then we took eight friends and retraced a section of the Missouri River in canoes that followed the path of their expedition. We’re a little nerdy,” she joked.

The fact that their daily routines are so different hasn’t taken anything away from their union because it’s their underlying connection that really matters. As Curtis told AARP, nothing can trump the way your partner makes you feel. Calling Guest her “one and only,” she revealed how she wrote him a song to celebrate their 35th wedding anniversary in which she sang, “I feel safe when I drive up and see that you are home.” Opening up about the meaning behind those words, she explained, “That’s the long marriage. It’s the safety of knowing his car is in the garage, that I’m not alone, and that he’s here,” she told the outlet.

She shared more of that sentiment on her Instagram while celebrating their 36th anniversary in December 2020, writing, “One of the longest relationships I’ve had seeking comfort and contact and connection is with Chris. My hand in his. Then and now. Connected through our children and family and friends, it became the links in our human emotional chain that have seen each of us through triumph and tragedy,” she gushed.

Yes, the way Jamie Lee Curtis and Christopher Guest met is rare and not everyone can expect to have such a quirky encounter worthy of a rom-com, but what we can all learn from the couple, especially Curtis, is the right way to approach love. For one, you need to remain open to it, even in the most unlikely of circumstances, and once you have it in your grasp, the work doesn’t stop. In fact, that’s when it begins. As the actor has said time and time again, even when things get tough, the one thing to always remember is “don’t leave” because a true connection is worth working for.