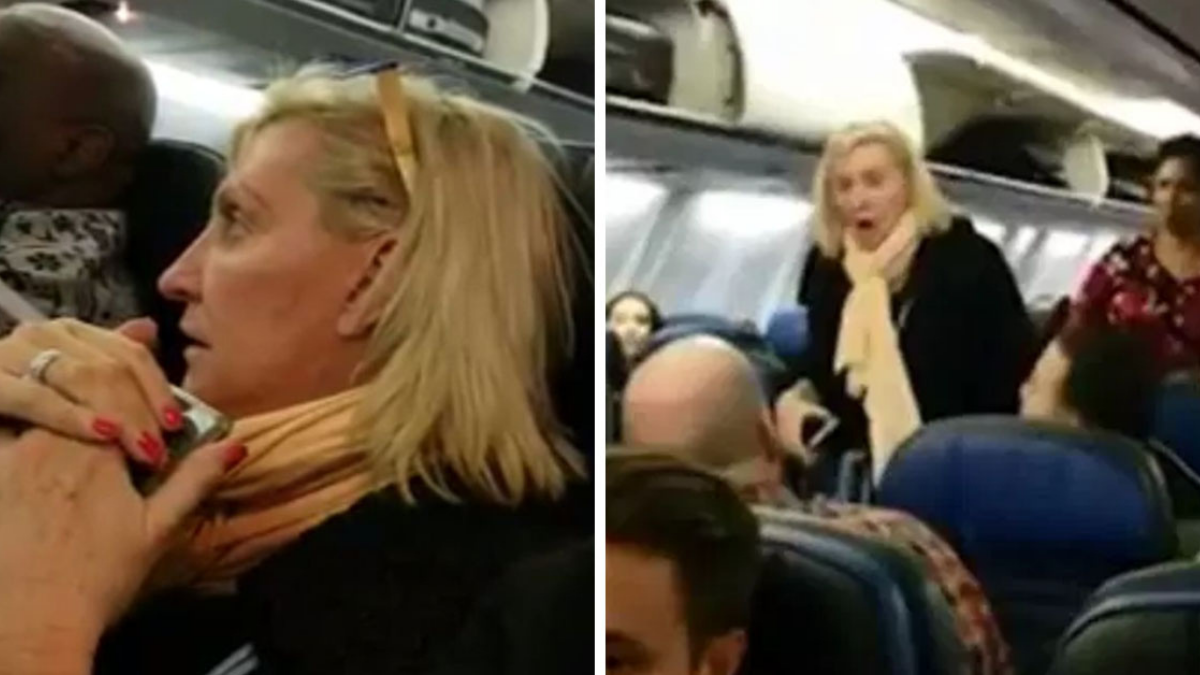 One rude plane passenger found out the hard way that cruel fat-shaming wouldn’t get off the ground during her flight.

It’s no secret that traveling can be less than pleasant. Between delays, layovers, flavorless food and cramped quarters, it’s often a test of will. Though we mostly manage to keep things civil, at times it gets unacceptably ugly.

One United Airlines flight from Las Vegas to Newark was an example of it.

The events were captured by passenger Norma Rogers, a nurse who once appeared on the ‘Dr Oz’ show. It showed a blond woman sitting in the middle seat who’s visibly uncomfortable and isn’t shy to express it as she talks on her cellphone.

Her ire is directed at the passengers sitting next to her.

I don’t know how I’m going to do this for the next four hours. This is just impossible, ’cause they’re squishing me

“I can’t breathe I’m so squished,” she said, adding, “At least they’ll keep me warm.”

A flight attendant came over and asked the disgruntled woman if she wanted a new seat, which she accepted. Apparently that wasn’t good enough, as while moving seats, she had some parting words for the couple.

“She was verbally abusive. What made her think it was OK to body-shame two people?” Rodgers said.

They wouldn’t stand for it

That was enough for the passengers on the plane, as they started yelling at the woman. Among them was Jonathan Fernandez, , star of VH1 reality show ‘Love and Hip-Hop in New York’.

“At that point, I was appalled and I felt angry,” he told Inside Edition.

“There’s so many ways of going about that and I just hated that noone was saying anything.”

The woman replied, “Why don’t you sit in between those two big pigs?”

It turns out that the passengers weren’t the only ones who’d had enough. The flight attendants stepped in and removed the woman from the flight.

Rogers later said that she’s pleased with the way United Airlines handled the situation, saying the flight attendants were calm, collected and professional, and helped keep things from escalating further.

In life, we all bring aboard our own set of baggage and have our own travel plans but in the end, we’re all going to the same place. So, while there might be some turbulence and squished seats along the way, let’s try to be kinder to each other during our flights together.