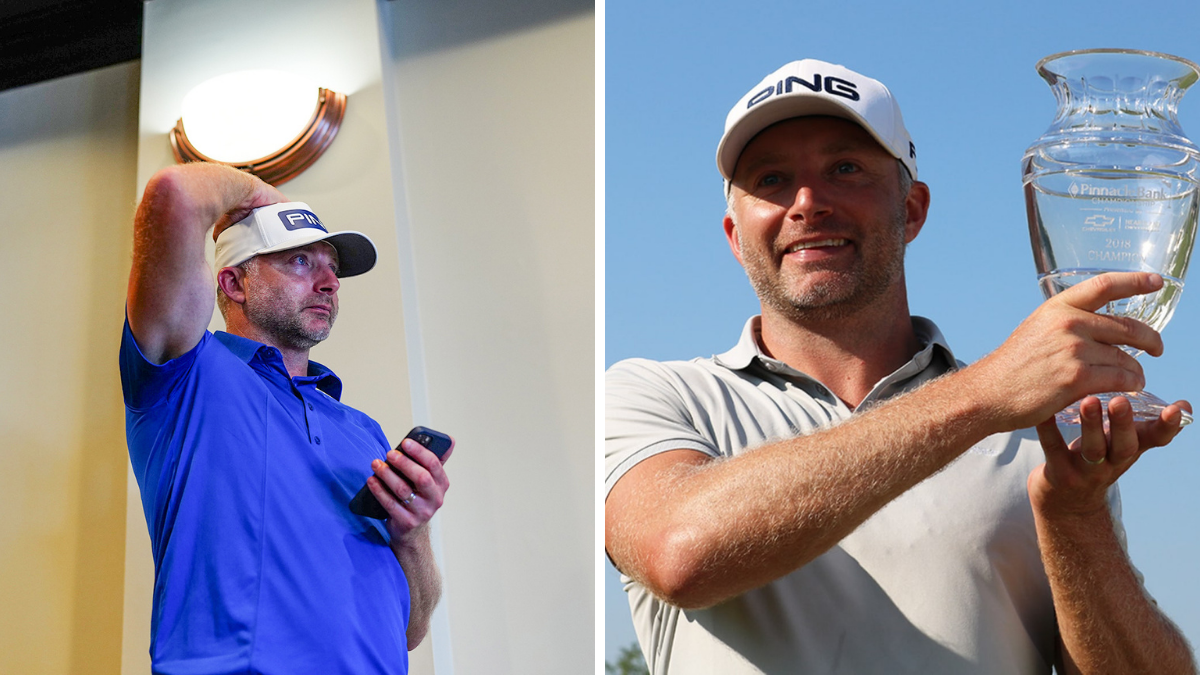 Contrary to popular belief, not all golfers are rich, and David Skinns was an example of a player who played for the love of the game for 16 years. But this summer, Skinns defied all expectations, proving hard work and perseverance can pay off no matter the odds.

He worked as a bartender and food delivery driver

Eight months ago, 39-year-old English golfer David Skinns was working as a DoorDash delivery driver in Georgia to support his family through the coronavirus pandemic. He’d also spent time as a bartender during his 16-year career as a pro golfer.

During that time, Skinns had only won one major victory and was ranked 82th on the points list just this July. But then came the Pinnacle Bank Championship in Omaha, Nebraska in August, and the Englishman defied all expectations — well, except his own.

At the tournament, the last of the regular season, Skinns had one of the best golf days of his life, one-putting the last four holes to win against much-younger golfers.

A accomplished his life-long dream

Along with winning the tournament, Skinns leaped into the top echelon for points on the season, becoming one of just 25 players to earn an illustrious PGA Tour card.

“It’s unreal. It’s been a lot of years to hear those words,” he told Golf Digest.

When everyone doubted Skinns, probably even his own family, he didn’t listen. He knew he had what it takes and in the end, he proved all the haters wrong.

His story is a wonderful example of perseverance fit for a Hollywood movie and proves that hard work can pay off at any age.

How Diane Kruger Learned To Make the Right Relationship Decisions — Not the Easy Ones
Forbidden Emotions: The Feelings We Suppress and Why They’re Not Bad
Interabled Couple Gets Married Despite Naysayers, Proving That Love Is For Everyone
Why I Couldn’t Find Love and What Helped Me (That Might Help You Too)
Man Defends Couple Who Got Viciously Body-Shamed By Rude Plane Passenger