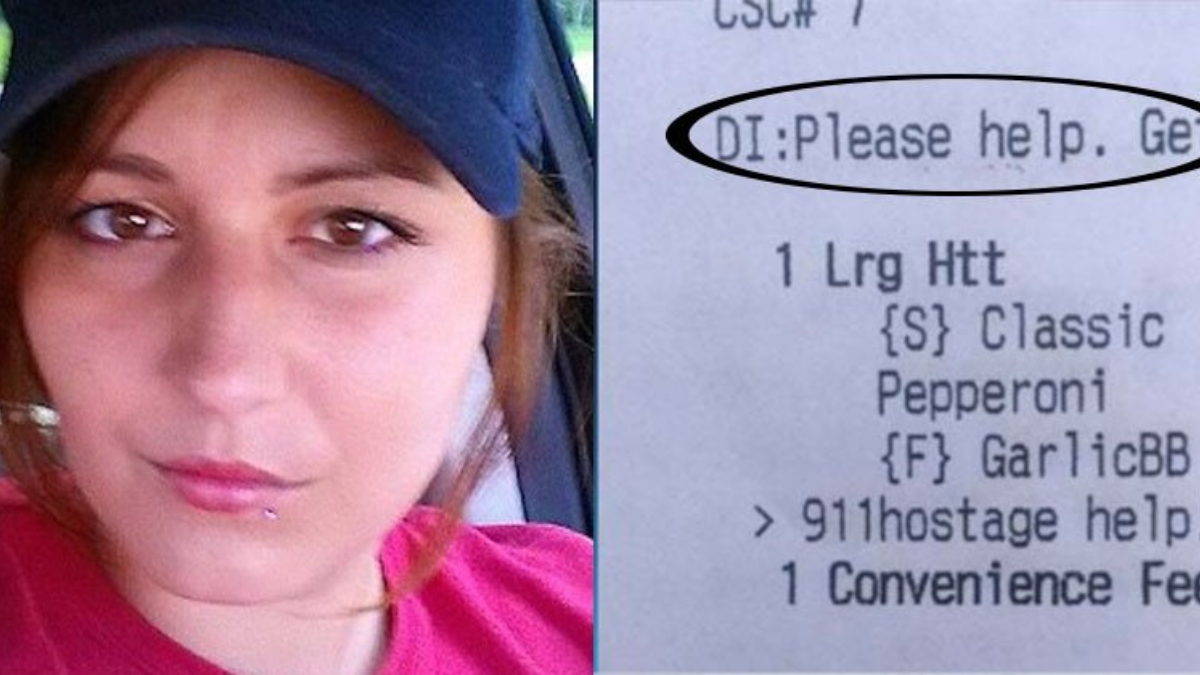 Held captive in her home by an abusive boyfriend, one mama bear’s quick thinking might have saved her and her cubs from the unthinkable.

One afternoon noon in Avon Park, Florida, what was usually a happy home to Cheryl Treadway and her three children turned into a terror trap.

She had been arguing with boyfriend Ethan Nickerson all day when things took a frightening turn. that’s when Nickerson — hopped up on meth — took out a knife and began sharpening it in front of her while refusing to let her and her kids leave.

Treadway tapped into her mom reserves and intuition for an way out. She pled with Nickerson to let her order pizza from the local Pizza Hut using the chain’s online app. Remarkably, it worked.

With only a small window to act, Treadway ordered a pepperoni pizza along with an urgent request.

When the order came in, the staff recognized the name and address as being from a regular customer. The message got their attention.

I’ve been here 28 years and never, never seen nothing like that come through.

Meanwhile, Nickerson didn’t realize anything was amiss until police arrived. That’s when Treadway fled from the house with a baby in her arms and told them that her boyfriend had a knife.

After a tense stand-off, Nickerson surrendered.

He was taken into custody and deputies safely removed the other two children from the home. Thankfully, none of them were harmed.

He was charged with aggravated assault with a weapon without intent to kill, battery, false imprisonment and obstructing justice by depriving communication to law enforcement.

I don’t know if I ever would have thought of it. I mean it’s just something that she did so naturally.

Treadway was lucky, and the stats back it up. According to the National Coalition Against Domestic Violence (NCADV), “72% of all murder-suicides involve an intimate partner; 94% of the victims of these murder suicides are female.”

She’s not the only victim. Her kids make up the 1 in 15 children who are exposed to intimate partner violence each year. The impact of that can last a lifetime.

As we work to a world where this is a thing of the past, Treadway reminds us to pull out any stops to safety. Because of that, this is a survivor’s story.

Single Mom Fat-Shamed By Gym Receptionist Has Best Response
When You’re Becoming a New You: 3 Lessons to Help You on Your Journey
Linda Evangelista, Canadian supermodel, says she’s ‘deformed’ after cosmetic procedure
When You’re The Girl Who Feels Too Much
Jamie Lee Curtis and Christopher Guest’s Advice For A Successful Relationship Is Just Two Simple Words