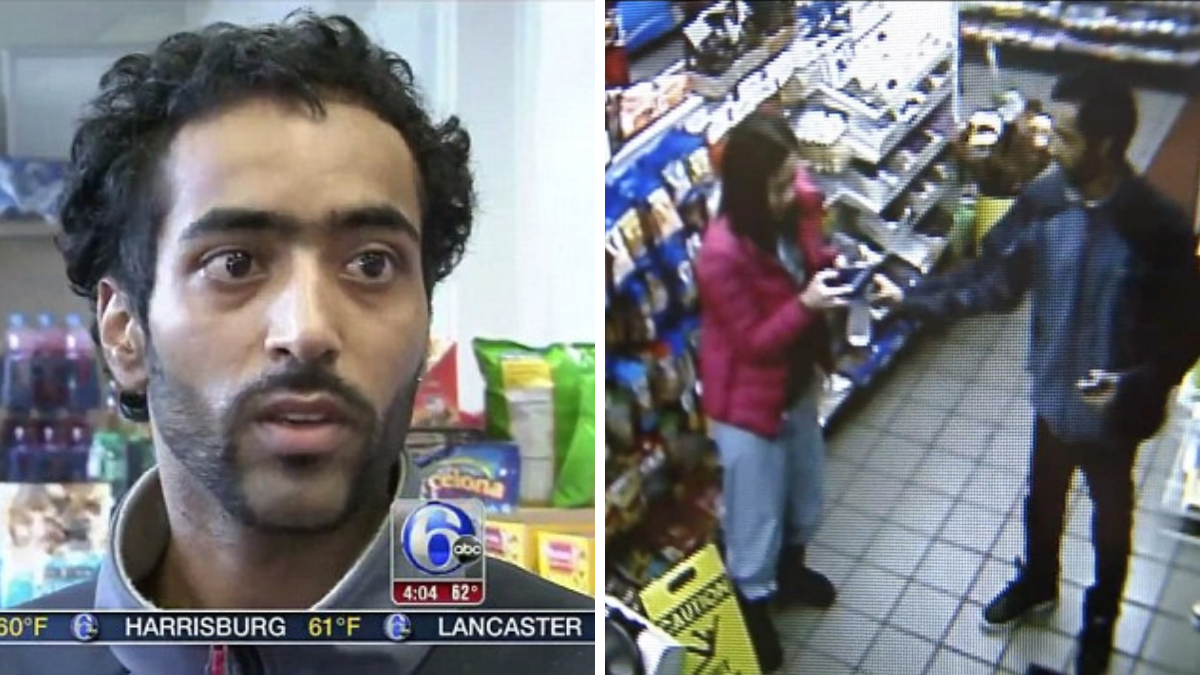 Follow your gut — you never know when it could help you save a life.

He had a suspicious feeling

When Manveer Komer saw a man and a woman pull up to his Philadelphia area gas station, the convenience store clerk got a suspicious feeling.

“I was looking,” Komer told ABC‘s local affiliate. “This is not a boyfriend, not a girlfriend.”

Something in the gas station attendant’s gut told him that the man and woman weren’t a couple, but rather, the woman was a victim of kidnapping.

While in the convenience store, surveillance footage shows the man buying cigarettes with the woman’s credit card. Then, as they were leaving, Komer suddenly exits from behind the cash and steps in front of the woman, protecting her while locking the man outside.

“You come behind my back. I help you. No problem.”

Manveer Komer says to the woman.

Then, Komer turned to the man and reached into his pocket as if he had a gun to scare him off. He didn’t, but that’s all it took for the suspect to drive off and for the attendant to have saved the day.

Afterward, Komer kindly gave the woman a bottle of water to cool down.

Shortly thereafter, the woman gave consent to police to track her phone and the man was soon arrested.

It turned out that the woman was a doctor and the man had assaulted her, carjacked her car, kidnapped her and stolen her cell phone.

Police used the cell phone to track the suspect down and charged him with aggravated assault, kidnapping, carjacking, robbery and other related offenses, according to ABC.

What led Komer to suspect the kidnapping? And more importantly, what led him to react?

It’s hard to say, but what’s clear is the Komer was a hero on this day, and his reaction proves that following your gut to help others can have a massive impact.

Single Mom Fat-Shamed By Gym Receptionist Has Best Response
How Diane Kruger Learned To Make the Right Relationship Decisions — Not the Easy Ones
Forbidden Emotions: The Feelings We Suppress and Why They’re Not Bad
The Profound Joy That’s Possible on the Other Side of Addiction
When You’re Becoming a New You: 3 Lessons to Help You on Your Journey