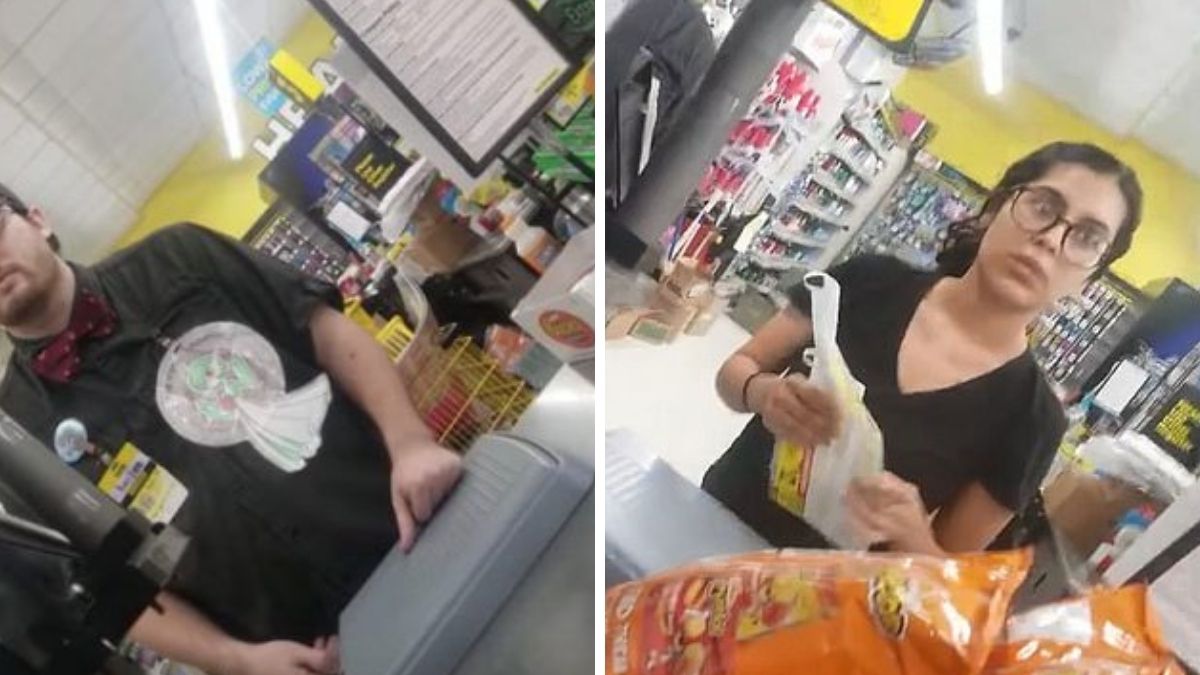 Going through a period for the first time is obviously tough. So, it couldn’t have felt very good when a 12-year-old girl went into a Dollar General to buy tampons for the first time, only to have the cashier make a joke at her expense.

In fact, we know it didn’t feel good because the girl’s dad said she was in tears and his wife, who accompanied her to the store, was deeply upset.

So, the dad did what he had to do — he went back to the Dollar General and taught the cashier a lesson.

He hurt her feelings

In a viral video shared on Reddit that has now made the rounds for a few years, an angry dad can be heard walking into a Dollar General and confronting the cashier that teased his daughter.

To which the clerk replies, “I wasn’t trying to embarrass anybody.”

“You cracked a joke about a 12-year-old girl buying pads,” the dad responded.

And how do you think that’s going to make somebody feel?

The dad started to get angrier and angrier and went on to threaten the clerk, saying he’d call corporate headquarters about the issue and perhaps even do worse if he continues his behavior.

“I’m sorry that you feel that way,” the clerk responds, refusing to admit his error.

“Do you understand what I’m saying,” the dad says, hoping for a humble apology — but he doesn’t get it.

“I hear what you’re saying,” the cashier says defiantly.

Then, a bystander jumps in. “I’m somebody’s daddy too and your blatant disregard for this man’s f*cking daughter is pissing me off and I’m about to beat your a**,” he said.

Eventually, the in-store manager gets called over and she tries to ease the situation, but doesn’t get very far and the dad storms off.

Women deserve kindness when they’re on their period, not humiliation

Obviously, this confrontation got out of hand and it’s not okay to threaten somebody, but if this cashier did indeed make fun of this man’s daughter after she had her first period then his response makes sense. As a father, you want to protect your kid. Besides, the way the cashier so defiantly refused to apologize could piss anyone off and proves how many people could use a lesson in how to apologize.

The Profound Joy That’s Possible on the Other Side of Addiction
When You’re Becoming a New You: 3 Lessons to Help You on Your Journey
Aaliyah’s Tragic Love Story With Damon Dash Will Teach You To Take Chances
Man Defends Couple Who Got Viciously Body-Shamed By Rude Plane Passenger
Montreal bakery creates federal party leader cookies to entice voters