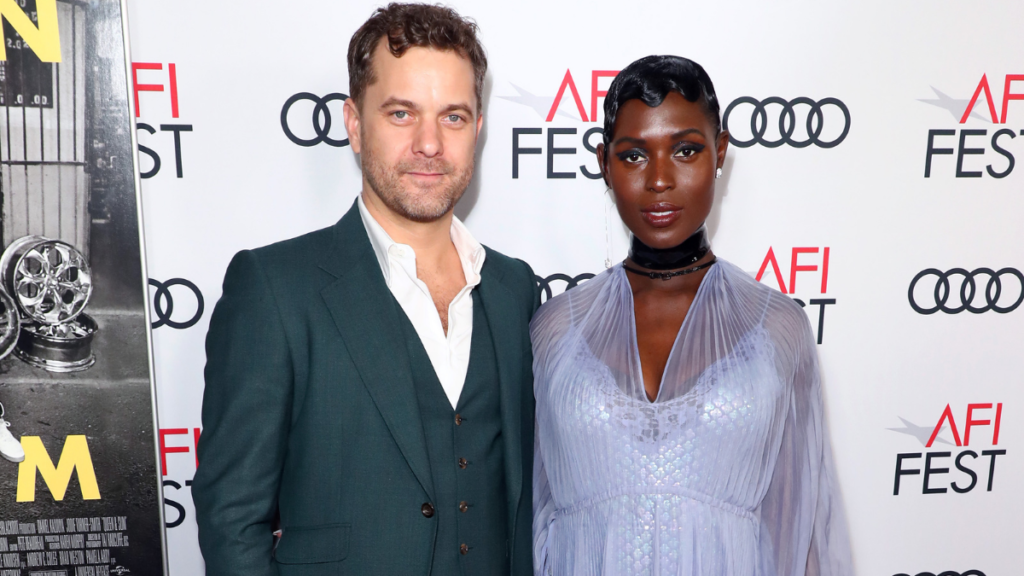 As much as we’ve progressed in the fight for women’s empowerment and gender equality, we are still severely unequipped to deal with specific scenarios that challenge the status quo.

For example, Joshua Jackson, a bonafide teen sensation from the late 90s and early 2000s, made headlines a few weeks back for announcing that his wife, Jodie Turner-Smith, had been the one to propose marriage instead of the other way around. In this day and age, an interview snippet like this shouldn’t have to mean anything in the grand scheme of things: a man and a woman fall in love, agree to tie the knot, and live happily ever after.

It’s the tale as old as time, yet the internet did what it does best and found a way to draw on the occasion to spew hate and negativity. Of course, there’s an inherent risk to living your life so openly, especially if you’re in the public eye; everything you say can and will be twisted to support a make-belief narrative, to incite a meaningless controversy.

Thankfully, Joshua Jackson has no patience for these keyboard warriors. He addressed the backlash as soon as he had the opportunity to do so. Here’s what we can learn from his firm but levelheaded response:

The fuss originated from Joshua Jackson’s appearance on The Tonight Show Starring Jimmy Fallon, where the actor revealed his then-girlfriend Jodie popped the question on a beach in Nicaragua a few years back. It was just a casual note on Joshua’s part, yet it received a collective gasp of surprise among the audience, including Jimmy Fallon himself. Elaborating on the memory, Joshua said he “knew” to marry her as soon as she asked. They were walking down a beach; it was “very beautiful, incredibly romantic,” and so Jodie just took a chance and threw out the four words.

I did not know [she was going to propose]. But she was quite adamant, and she was right. This is the best choice I ever made.

In the interview itself, Joshua explained that it didn’t occur out of nowhere. “There was like a preamble, there was a lead-up to it,” he shared. The couple knew in their heart that they wanted to begin a new chapter of their lives; it was just a matter of who would be brave enough to put forth the idea. In that particular moment, Jodie had felt empowered enough to wear her heart on her sleeves and just go for it; in another moment, perhaps Joshua would be the one to get on his knees and suggest marriage. It really doesn’t matter who initiated the conversation as long as both feel the same way about the undertaking.

Joshua said that while they’d discussed it before, he still had no clue Jodie would make a move that night. Yet her insistence and passion convinced her it would be an excellent next step in their journey together. He said marrying her was the best decision of his life, something he wouldn’t take back in a million years.

However, what was supposed to be a sweet story for the late-night circuit triggered a heated debate on the tradition of proposing and the complex gender dynamics it encompasses. It seems a lot of people still have stringent opinions on whether the woman should initiate the process and essentially take the lead on what is known to be a significant measure of commitment. If women are taking the lead in all areas of society, why should they be derided doing something men have been doing for centuries, if not millennia?

What’s more ironic is that women are classically characterized as the more “lovesick” sex, the ones who are obsessed with marriage and family at all times. If that really is the case, why do we act shocked if women actually adhere to this stereotype and are the first to ask? Perhaps it goes back to the age-old trope of denying women “control” in their lives, and if for a second they display decisiveness and confidence, we must label them as desperate and belligerent. Like in every other realm, men must also be responsible for determining the timing, terms, and trajectory of marriage – why let women set the ball rolling anywhere?

And also for anybody who is freaked out by a woman claiming her own space, shut the f*** up […] I would wish for my wife that she would not have to rise above with such amazing strength and grace, above the ugliness that people throw at her on a day to day.

Returning to the main point, Joshua disclosed in a more recent Refinery29 profile that he proposed to Jodie as well. He wanted to contextualize the situation because, in the wake of his late-night interview, Jodie’s social media promptly became a stomping ground for hateful trolls, who, for whatever reason, disapproved of her totally harmless action.

“Holy Jesus, the internet is racist and misogynist,” said Jackson. He added that his initial account was hasty, so that he couldn’t provide information on the chronology of their proposal and subsequent engagement. Basically, Jodi did propose to him first, and he accepted, but following the proposal, he asked if he could do it the proper way and return the favor. “I’m still old school enough that I said, “This is a yes, but you have to give me the opportunity [to do it too],” he said. And so, The Affair actor asked Jodie’s biological father and stepdad for their daughter’s hand in marriage. That’s the complete story everyone should hear before they jump to air their ugly opinions.

At the same time, nobody needs to be acquainted with the full picture to not leave racist, misogynistic comments on a stranger’s social media. “The way people get in her comments and the ignorance and ugliness that comes her way is truly shocking,” said Joshua, who shares a one-year-old with Jodie. In reality, yes, Jodie asked him first, and he said yes, but what’s the big deal? It’s nobody’s business, and you should let women make choices in their personal life without ripping them to shreds over something as minute as a proposal. Jodie has thick enough skin to take the judgment in stride, but not everyone should or would want to keep their calm. Joshua wants to make it known to the world that we should just let women, especially Black women, be and afford them the space they need to be themselves.

The backlash to Jodie’s proposal demonstrates we still have a long way to go to achieve true equality. It doesn’t happen through endless discourse and posturing; we have to do the work even when we’re confronted with unusual circumstances. A girl proposing to her partner shouldn’t remotely be a cause for concern, yet the internet’s behavior tells us that many people are still set in their ways.

If you can’t say something nice, perhaps it’s better not to say anything at all. This might not apply in every single case, but generally, if someone’s actions are so innocuous, sweet, and heartwarming, why go out of our way to rain on their parade? It’s not up to us to voice our opinions on other people’s lives; they don’t live for the amusement of the public; they live for themselves. If we want to approach our lives with freedom and power, and choice, perhaps we should extend the ability to others as well.

Forbidden Emotions: The Feelings We Suppress and Why They’re Not Bad
Linda Evangelista, Canadian supermodel, says she’s ‘deformed’ after cosmetic procedure
Why I Couldn’t Find Love and What Helped Me (That Might Help You Too)
If it was easy then it wouldn’t be life (Life Terms Official Music Video)
Jamie Lee Curtis and Christopher Guest’s Advice For A Successful Relationship Is Just Two Simple Words