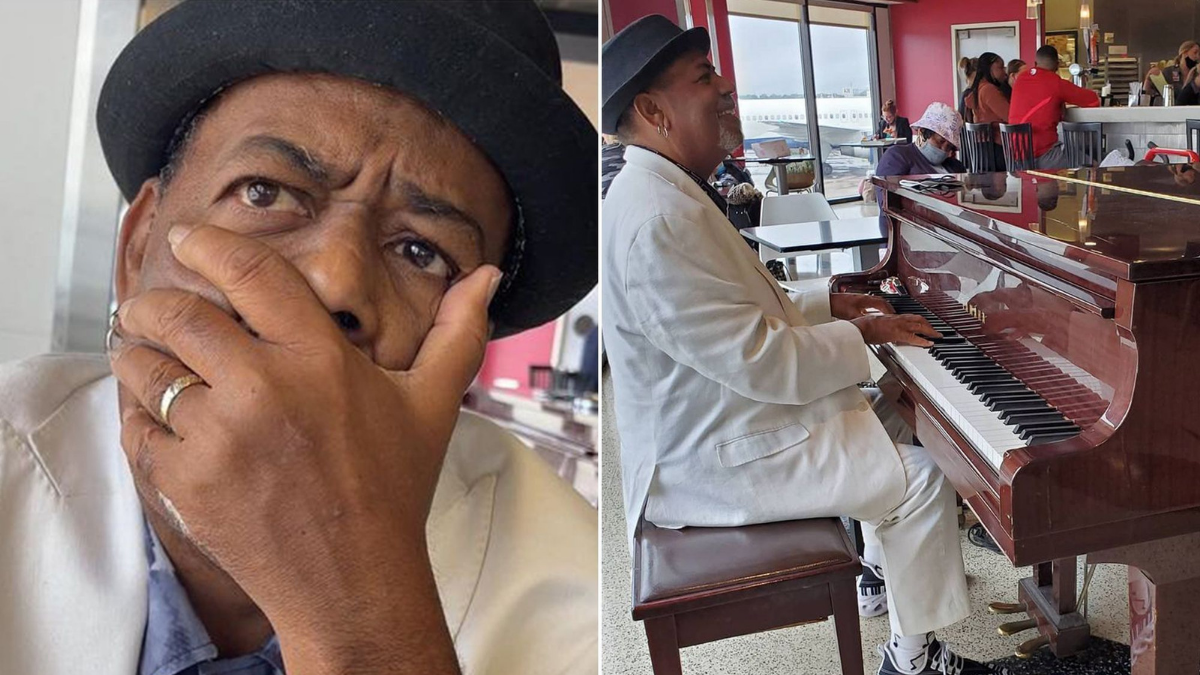 You never know when your talents will impact somebody else — and when you’ll finally be appreciated for what you do.

Positive vibes in the airport

Carlos Whittaker, a motivational speaker and author of Enter Wild, was in the Atlanta airport waiting for a connecting flight home when something caught his ear.

Tonee “Valentine” Carter, a 66-year-old pianist, was rocking out on the piano and Whittaker was hypnotized. He said on Instagram that the music made him feel lighter and he had so much appreciation for Carter without even knowing him.

But when Whittaker looked at Carter’s tip jar, he noticed it wasn’t very full. That gave him a crazy idea.

Whittaker was sharing videos of Carter’s performance to Instagram and decided to ask his more than 170,000 followers if they could spare some change for a tip.

After confirming Carter’s Cash App, the donations started to pour in. He couldn’t believe his eyes and in between a set, he told the pianist that complete strangers had tipped him $10,000 in just 30 minutes.

Carter was completely dumbstruck and struggled to find words to express how much appreciation he had for the stranger in the airport that recognized his talent.

“I didn’t believe it,” Carter told Good Morning America after the Instagram video went viral. “But it was real.”

Carter, who has kidney disease, said he’ll be paying the money forward by making quarterly donations to the American Kidney Foundation.

He also plans to invest the money so it can grow even more.

“I’m going to be helping people for years to come,” he said. “God made me a steward of that money and I ain’t letting him down.”

As for Whittaker, he and Carter chat on the phone regularly.

The unbelievable kindness of strangers

In the airport, passengers were coming and going but didn’t stop to appreciate Carter, who was putting his heart and soul into his art. Fortunately, Whittaker gave Carter the attention he deserved and shared him with the world, who tipped him accordingly.

This heart-warming story is amazing on so many levels, but mainly, it proves once again how impactful a kind act from a stranger can have on another individual’s life.

Forbidden Emotions: The Feelings We Suppress and Why They’re Not Bad
Interabled Couple Gets Married Despite Naysayers, Proving That Love Is For Everyone
Montreal bakery creates federal party leader cookies to entice voters
Single Mom Fat-Shamed By Gym Receptionist Has Best Response
The Profound Joy That’s Possible on the Other Side of Addiction