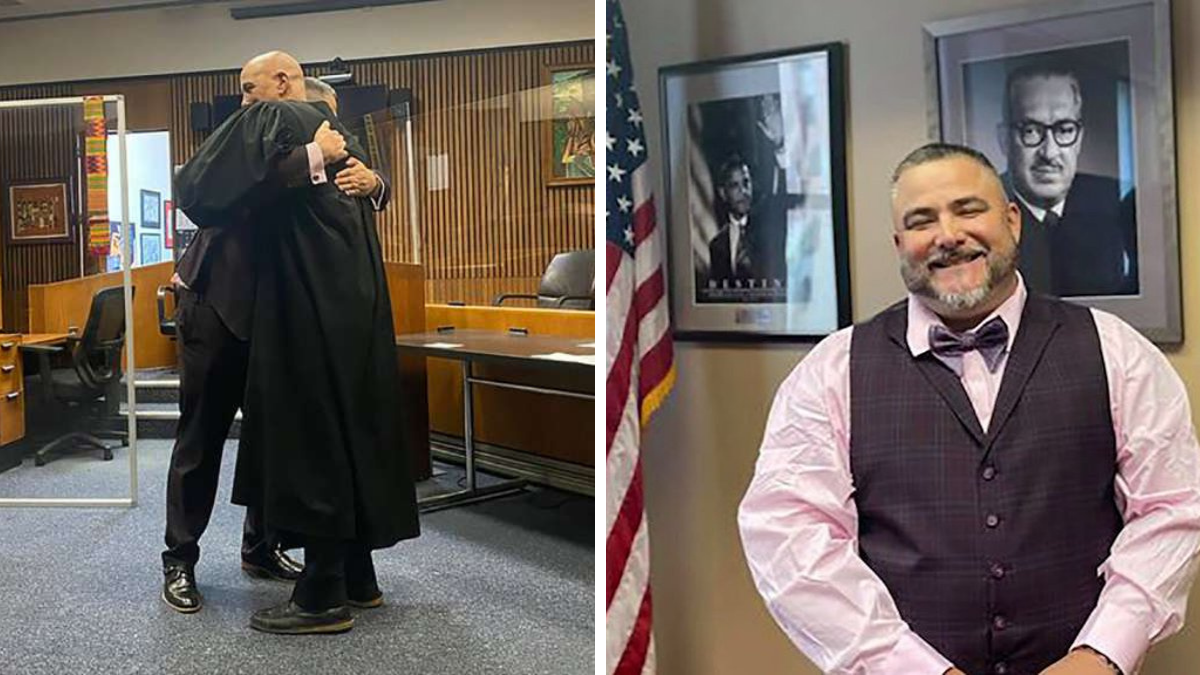 All roads were leading to prison for one Detroit man, but a kind-hearted judge decided he could have a better future instead.

When Edward Martell first met Wayne County Circuit Judge Bruce Morrow, they were across from each other in a courtroom. Martell, then 27, had been in and out of trouble with the law and was facing up to 20 years in jail for the delivery and manufacture of crack cocaine.

But Judge Morrow saw something in the young man that didn’t deserve to be wasted in prison. So, he gave Martell three year’s probation and a chance to make something of himself.

“He said, ‘I challenge you to be a CEO of a Fortune 500 company instead of being out here selling drugs,’” Martell recalled to Deadline Detroit. “And I love a challenge.”

“Any other judge would have flushed me.”

Worked hard to become a lawyer

Something inexplicable changed within Martell. After finishing his probation, he enrolled at Wayne County Community College.

“They asked what I wanted to study, and I said I want to be a lawyer,” Martell recalled to Deadline Detroit. “They laughed at me. They said with your background you should go into heating and cooling.”

But he kept moving towards his dream, doing incredibly well in all his classes and exams. So well, in fact, that he earned a scholarship to a four-year college degree.

However, to be a lawyer Martell would need to make amends for his long history of drug dealing. To do so, he’d have to pass a character and fitness review.

“I was chasing a dream with no guarantees,” he said. “My application” – which explained the circumstances and consequences of his checkered past – “was 1,200-plus pages.”

At his final hearing, Morrow, the judge who gave him a second chance, testified that Martell was worthy of passing the bar, and so he did.

The judge helped to turn his life around

Sixteen years after helping set Martell on the right path, Morrow stands by his decision.

“It’s a crazy cliché, but some defendants, that’s what they need, too,” he said. “If you believe like I believe, that there but for the grace of God go you and me… It took some intelligence to get in and out of the kind of trouble he got into. I told him, ‘You could be my son. Let’s see how far you can go.’ And man, he hasn’t finished yet.”

For Martell, he said his success can be seen as an example for others to follow.

“I think my testimony may provide some of these young men and women with some motivation,” Martell said. “You plant a seed, and hope it will grow.”

Give more people that second chance

Mistakes happen. People go down difficult paths — often due to some form of trauma — and sometimes that can lead to years in prison. But for Martell, that’s not how things played out. He was given a second chance and enough support to bounce back. Now, he’s a successful lawyer.

This impressive turn-around story prompts the question: How many more people could bounce back with a more lenient and rehabilitation-focused justice system?

The Profound Joy That’s Possible on the Other Side of Addiction
When You’re Becoming a New You: 3 Lessons to Help You on Your Journey
Linda Evangelista, Canadian supermodel, says she’s ‘deformed’ after cosmetic procedure
If it was easy then it wouldn’t be life (Life Terms Official Music Video)
When You’re The Girl Who Feels Too Much