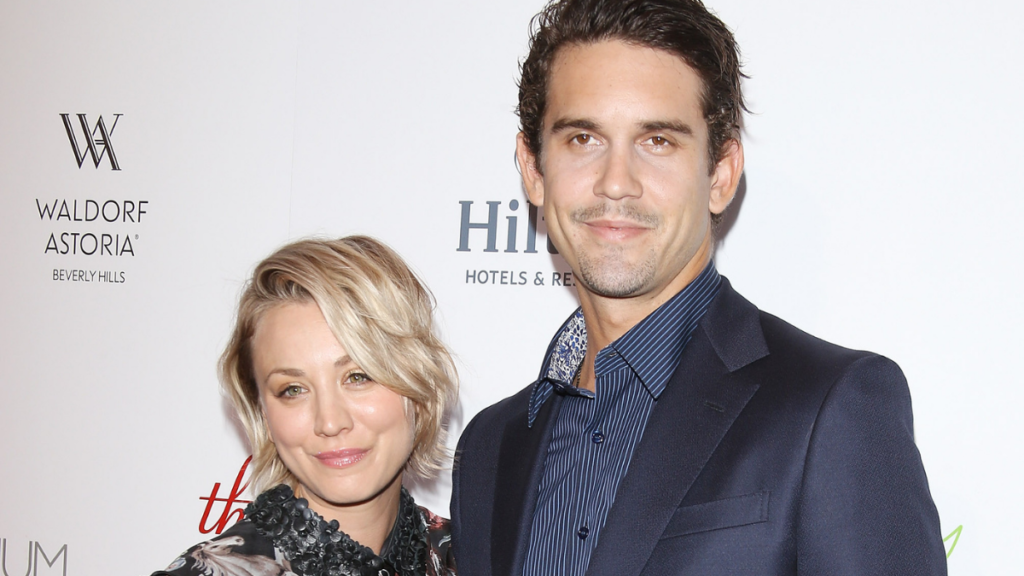 In June 2021, Kaley Cuoco celebrated five years of knowing Karl Cook and three years of being married to him by joking on Instagram, “Why have you stayed married to me for so long?! I’m sincerely impressed,” she quipped, adding, “I love you oh so much you have no idea.” Cook responded with his own sweet post, writing, “I am just as amazed it’s been three years, feel like just a flash. I love you so much and I can’t wait for a million more years!!”

In fact, it’s no surprise at all that the pair hit the three-year mark, even if Cuoco was convinced she’d never walk down the aisle again after her whirlwind marriage to Ryan Sweeting ended in divorce before they ever celebrated their two-year anniversary. Since then, the actress has spoken candidly about the difficulties of working through the end of a marriage, as well as the importance of coming to terms with it — because everything happens for a reason. Here’s what Kaley Cuoco can teach us about finding love post-divorce:

Kaley Cuoco and tennis player Ryan Sweeting had only been dating for three short months when they announced their engagement in September 2013. Sticking to their fast pace, they tied the knot just three months after that, saying “I do” on New Year’s Eve. The actress acknowledged that their speedy timeline wasn’t for everyone, but assured fans that it made sense for her and Sweeting. “I know that it seems a little crazy on paper but it works for us,” she said, adding, “From day one, I just knew immediately and it’s been magic.”

Sadly, their whirlwind romance didn’t make it in the long run and, in September 2015, the couple announced that they had “mutually decided to end their marriage” after just 21 months. As the actress told Cosmopolitan in 2016, she wanted her marriage “to work so badly, more than anything, and tried harder than anyone could have tried,” but there were “circumstances I couldn’t  get past.”

At the time, she didn’t elaborate on what those circumstances were, but in 2018, she told Cosmopolitan that a major reason behind her divorce was that she didn’t fully know her partner. “I married someone the first time who completely changed,” she revealed, explaining, “The person I ended up with was not the person I originally met. And that wasn’t my fault — that was his,” she continued, noting she decided to file for divorce because she knew she deserved more. “I knew how much I had to give and how much I wanted to receive,” she told the outlet. The Big Bang Theory alum also acknowledged to Variety that she and Sweeting didn’t take enough time to learn about each other, quipping, “We got married in, like, six seconds.”

The person I ended up with was not the person I originally met. And that wasn’t my fault — that was his.

But while getting married was fast, recovering from divorce was anything but. Shortly after her split, Cuoco admitted to Cosmopolitan that she initially felt numb and tried to push down her feelings, until she began having panic attacks and crying without warning. That’s when she realized she needed to face her pain head-on, grieve properly, and “really go through this.” As she learned, a breakup “is like losing someone” and can feel like “a loss of hope,” so a proper mourning period is essential. It wasn’t easy, however. Cuoco recalled how sadness would hit her “out of nowhere,” especially when she thought about her life plans crumbling around her. “I thought I’d have a baby by now!” she said. “You see your life going one way, and then it’s the direct opposite way. I’m waking up going, ‘Oh my god, my life just flipped upside down,’” she confessed.

But she was determined to work through it and that’s exactly what she did. As “The Flight Attendant” star told the mag, she listened to Adele’s “Hello” 75 times in a row and cried; she deleted Instagram photos of her wedding; she redecorated the house she had shared with her ex; and she dedicated more time to things that made her happy, like riding horses. Basically, anything and everything that would help her heart heal.

Kaley Cuoco’s divorce made her question the importance of marriage

As Kaley Cuoco worked hard to mend her heart and slowly became open to the idea of loving again, her shattered view of marriage seemed irreparable. “[What happened] changed the way I look at marriage, and that makes me sad,” Kaley Cuoco told Cosmopolitan in 2016, but clarified, “It does not change the way that I look at love. I cannot wait to be in love again,” she enthused.

That being said, her split from Ryan Sweeting taught her the importance of taking your time and she wasn’t going to rush into anything. “I don’t feel like I am ready yet. I realized that recently actually, I was like, ‘Oh, I’m not ready,’ which is so different for me,” she told the mag, admitting that was very different from her usual approach to love. “I dive into everything,” she conceded. “I close doors and I’m immediately into the next open door, and this surprised me. My friends and I talk about this a lot, and I said, ‘I’m really not quite ready,’ and they go, ‘We’re glad to hear you say that!’” she shared.

In taking her time and working through her emotions in an honest way, she also came to terms with her split. Rather than holding onto any regrets, Cuoco told CBS This Morning (via Us Weekly) that she chose to use the divorce as a stepping stone and a learning experience. “You know what, I’m not ashamed of anything that happened,” she began. “I fall in love really hard, I do. I go deep,” she said, noting, “[I] wouldn’t call it a mistake, it just is what happened in my life, so I’m excited to see what the future holds. It happened, and now I have to say I’m happier than I’ve ever been.” As she told The Talk (via People), “It’s like I saw the light somehow.”

Kaley Cuoco is now enjoying marriage on her terms

Kaley Cuoco may have waited for the right time to put her heart out there once more, but she never doubted that she would one day find the right match for her. As she confessed on The Talk (via People) in 2016, she knew “deep down” that her marriage to Ryan Sweeting was “just not the right thing,” but she was confident that “the right thing is coming for me.” And she was right.

In March 2016, Cuoco went Instagram official with professional equestrian Karl Cook whom she met at a horse show. They instantly bonded over their shared “passion for horses and dogs” and, as she told The Talk, it was just what she had been waiting for. “I’m so happy,” she gushed. “I can’t stop smiling. Life is so so good. I finally found my horse guy!” she joked, adding, “It was very meant to be” and calling Cook “a great human.”

The Emmy nominee shared a similar sentiment with Us Weekly in 2017, telling the outlet, “I feel very, very lucky that I found someone like him.” Asked why they’re such a good match, she joked, “I like to torture him and he doesn’t get mad at me. He just let’s me do it!” But there’s more to their bond than him having “such a great sense of humor.” As Cuoco gushed, Cook is “a real person and I think the big deal was knowing how much he loves dogs and horses — that’s always on my checklist. ‘Must love dogs’ is number one and he checked that off quite quickly and I fell very hard.”

So hard that she even changed her stance about marriage. As she told Cosmopolitan in 2018, “I honestly thought I wouldn’t get married again. My ex ruined that word for me,” but then Cook came along.

They tied the knot in June 2018 after nearly two years of dating and in August 2019, Cuoco revealed how they were doing marriage on their terms. “We have a very unconventional marriage,” she shared, admitting they still weren’t living together. “We’re not together every single day and I think, personally, it’s important, it works well for us,” she explained, adding, “It just makes life really fun.” She also enthused about their setup on The View, saying (via Architectural Digest), “It’s been working great and we love it. We love it, so I don’t know why people have such an issue.”

In the end, it was the pandemic that forced them to finally move in under one roof and, luckily, “it’s been great for our relationship,” Cuoco told Jimmy Kimmel, joking, “And we like each other, we realized, which is even better.” Just don’t expect them to permanently change their setup. “We do both travel a lot, which I think is very healthy,” she told Us Weekly, adding, “Our time at home is minimal, which makes us super appreciate it.”

Kaley Cuoco can teach us all an important lesson about breakups: healing is key. Rather than pushing aside your emotions, you need to face them head-on and, as hard as it may be at the beginning, use them as a learning experience. The actress shows us that it’s imperative to embrace both life’s ups and downs because you can’t have one without the other. As she herself realized, everything she went through in her first marriage was worthwhile because, in the end, “it brought me to Karl.”

Linda Evangelista, Canadian supermodel, says she’s ‘deformed’ after cosmetic procedure
Forbidden Emotions: The Feelings We Suppress and Why They’re Not Bad
How Diane Kruger Learned To Make the Right Relationship Decisions — Not the Easy Ones
When You’re Becoming a New You: 3 Lessons to Help You on Your Journey
When You’re The Girl Who Feels Too Much