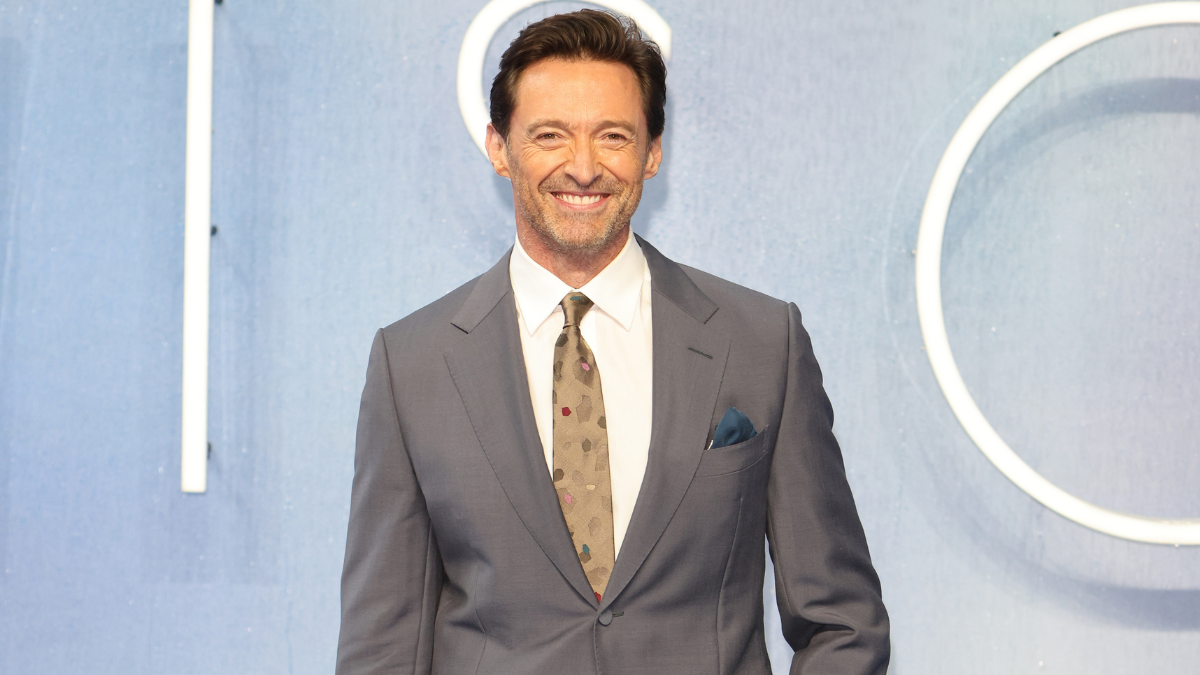 Everyone’s on the ‘age is just a number’ bandwagon until a man hooks up with an older woman.

Suddenly, there are panicked accusations of greed and extortion directed at the woman, as if she’s meticulously schemed and wormed her way into the man’s heart. Or she’s a hapless spinster set on draining his youth and absorbing it for herself, someone so deplorable that she’d rather waste his time than find someone ‘suitable.’ She’s a witch, a predator, a nymph, an old maid, a burden, a disgrace, an abnormality, and everything in between.

Huge Jackman’s wife, Deborra-Lee Furness, was and continues to be characterized in such a way. Deborra-Lee is thirteen years her husband’s senior, yet with the way people disparage and charge at her, you’d think she was as old as his mother. These people deliberately choose to ignore the history between Hugh and Deborra-Lee and the sweet set of circumstances that led to their union in the nineties. Thankfully, the 65-year-old is not one to keep quiet about the slander and will point out the hypocrisies when given the opportunity.

In doing so, she doesn’t only expose certain misogynistic double standards that still prevail over society but also underscores how her love story with Hugh is unlike any other in Hollywood.

The fact of the matter is that Hollywood, and the general public at large, have a problem with ageism and women. The so-called ‘fairer sex’ is so ubiquitously valued for their youth and beauty that if someone isn’t able to meet these exacting demands, they’re just as good as futile. Sure, Deborra-Lee, like most other women in their sixties, isn’t your typical Tinsel Town bombshell, but just because she doesn’t bother with conforming to the impossible standards asked of women in the industry doesn’t make her fair game for mockery. From her perspective, she’s sufficiently beautiful, attractive, and healthy, and that’s all that matters.

Yet, Deborra-Lee can’t help but speak out when audiences condemn her appearance and weight. She isn’t overly fond of the idea that her supposedly ‘average’ features impact her enduring relationship with Hugh. In an interview with Anh’s Brush With Fame, the actress opened up about receiving harsh remarks about their marriage and about how “lucky” she was to have secured him years ago. “Luck! Like I won a chook raffle,” she said lightheartedly. “People don’t realize it’s actually rude to say that.”

We just had this amazing connection, and I feel blessed that I experienced it, I feel like I met my soulmate, whatever that is.

She said that a lot of the discourse can be chalked up to the nature of show business and how celebrity romances need to be dissected to the tee to satiate the public’s curiosities. “Lucky because he’s a stud muffin and all that … but that’s showbiz and Hollywood and the brand of Hugh Jackman,” she explained. She is not concerned with how the masses perceive her partnership with Hugh; you don’t need external validity when you feel so secure in your own skin and with your husband of twenty-five years. Deborra-Lee has too much self-worth to fall for what is nothing but deriding conjecture. She’s as lucky to have him as he’s to have her, simply put.

They committed to each other long before Hugh rose to worldwide fame with his groundbreaking performance as Wolverine in the X-Men franchise. In fact, when the pair had initially met on the Australian tv series Correlli, Deborra-Lee was the massive star with the lead role, and Hugh was the bit part learning the ropes. He went on to develop an irresistible infatuation with his co-star, and she realized she felt the same. “He said he knew two weeks in,” said Deborra-Lee. Therefore, it’s inaccurate to say Deborah-Lee is so “lucky” to have landed Hugh when he’s the one who was able to sway the leading lady in his direction.

The outrage over their 13-year age gap, once again, like clockwork, lays bare the inequalities and contrasting principles that still reign over the entertainment arena. If an older man were to marry someone ten, 15, or even 30+ years his junior, he’s lauded by his peers for bringing home such an “appealing” trophy, as if the woman herself had no choice in the matter and couldn’t hold her ground against his advances. If the tables turn and the woman is older in the scenario, she’s immediately vilified. If not vilified, she’s pitied or patronized, as is the case with Deborra-Lee.

I’m literally the adult in the relationship. She’s just like a little kid. I’m the [one saying], ‘Babe, this is not a legal parking spot.’ ‘Oh, come on, Mr. Goody- Goody.’

Why can’t she be allowed to follow her heart and build a life with the man she loves? Moreover, why does she have to adhere to a rigid set of procedures to be considered acceptable in the public’s eyes? How can women protect themselves and their bodies against the ever-fluctuating pressures regarding beauty and sex appeal? If age is really just a number, it doesn’t matter if someone is thirty or sixty. As long as they’re savoring each and every moment of their lives, who are we to try to bring them down and shoehorn their age into the conversation?

What’s certain is that despite the lambasting leveled at Deborra-Lee, Hugh understands it’s her maturity and dauntlessness that drew him towards her in the first place. “I’ve learned a lot from Deb. She trusts herself implicitly, she’s fearless about everything she does in life,” he told Oprah in 2013. As for the age divide, it doesn’t grate Huge a single bit. As soon as he crossed her path all those years, he knew beyond a shadow of a doubt that she’d be the one for him. Over time, the Les Miserables star discovered he’s the old chap in the partnership, and she’s the reckless, immature one who’s always up for an adventure.

Don’t let judgment get in the way of finding love

It’s easy to sympathize with Deborra and her frustration. She’s just focused on raising her two young children, maintaining her rapport with Hugh, and supporting their family through all the ups and downs. She doesn’t need or want the negative opinions to cloud her judgment and cause her additional stress. It’s tough as it is to be married to one of the most high-profile actors in the world, but when you encounter vitriol regarding your appearance and age, the struggle becomes exponentially strenuous.

Yet, the way in which Hugh and Deborra-Lee are able to persist through the hate and strengthen in respect and support underscores the uniqueness of their bond. Had they paid heed to the court of public opinion twenty-five years ago, they might not have explored their love for each other and been able to transform each other’s lives to this extent. Fortunately for them, they followed their instinct and decided to break tradition to make it official with one another. You can’t let judgment interfere with your purpose or your adventures in love. Those moments will occur without any notice, so when you stumble upon them, be sure to seize the opportunity.

Man Defends Couple Who Got Viciously Body-Shamed By Rude Plane Passenger
When You’re Becoming a New You: 3 Lessons to Help You on Your Journey
Linda Evangelista, Canadian supermodel, says she’s ‘deformed’ after cosmetic procedure
If it was easy then it wouldn’t be life (Life Terms Official Music Video)
Measuring the Quality of Your Day with a To-Be List (Not Just a To-Do List)