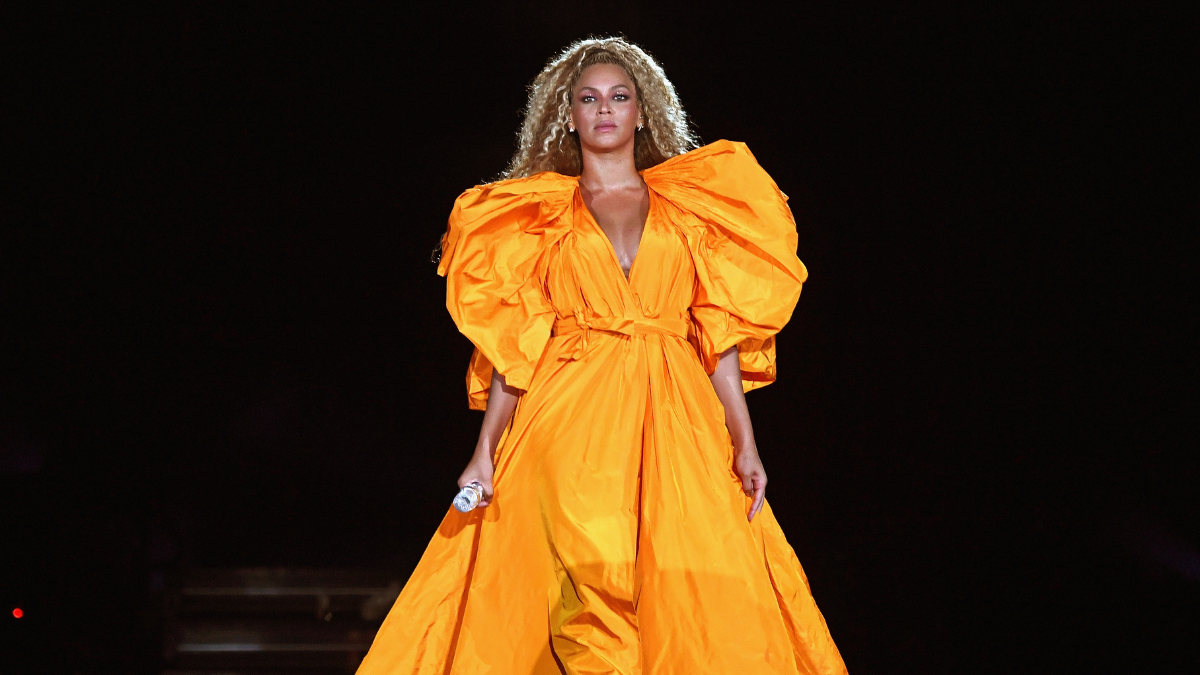 Beyonce, for all her towering accomplishments and incomparable success, is still a woman of mystery.

In recent years, she’s preferred to express herself exclusively through her art, tending to evade media appearances and keeping herself protected under an expansive cloak of intrigue and glamor. She’s at a point in her trajectory where she’s so widely revered and placed on so high a pedestal it becomes impossible to characterize her genuine personality. What is she doing, what is she thinking, what upsets her, what fulfills her – these are just a few questions that keep her fans awake at night. Unfortunately, each unanswered query creates ample space for assumptions and judgment, which only tarnishes her legacy.

Beyonce doesn’t owe anyone anything, but the artist did open up about her private life in a striking new interview with Harper’s Bazaar. A Beyonce interview in this day and age is as rare as a unicorn; as such, it didn’t disappoint. She sheds light on everything from her relationship with her parents to an illustrious career spanning 25 years and counting. Here’s what we can learn from her evolution as an artist, mother, and advocate.

Reflecting on her journey up to this point, Beyonce says she’s been on the “grind” for as long as she can remember. As she nears her forties, she realizes she needs to change course and approach her life with a different lens. The Houston native proceeds to define and describe each decade of her life and how the years propelled her forward in her pursuit of success and happiness.

Her first decade on this planet was dedicated to “dreaming.” She discovered her penchant for music at a fairly early age, and so her folks urged her to cultivate her talent and get involved with the local scene. By the time she was 10, Beyonce had recorded 50-60 songs in the studio, her clout expanding a mile a minute. The pressure kept building in the teenage years, and Beyonce knew she had to “put in the work” if she wanted to fulfill her ambitions. As a young, Black woman in the arena, she knew she was on thin ice; one little mishap and your life’s work is in jeopardy.

I felt the pressure from the outside and their eyes watching for me to trip or fail. I couldn’t let my family down after all the sacrifices they made for me and the girls. That meant I was the most careful, professional teenager and I grew up fast.

Her twenties were about “building a strong foundation for [her] career and establishing [her] legacy.” She directed the majority of her attention to achieving commercial adulation: the number-one singles, the Grammy awards, the innovative music videos that forever transformed the zeitgeist. By the time Queen B hit her thirties, she knew she couldn’t afford to hustle indefinitely. “My 30s were about digging deeper,” she said. She became a mother, a strong-willed advocate of a range of philanthropic causes (hurricane relief, arts education, housing crisis, women’s rights) and turned her “broken heart into art that would help move culture forward.”

As she looked within herself to find fulfillment and strength, she also became more deliberate about which facets of herself she would like to reveal to the public. “Throughout my career, I’ve been intentional about setting boundaries between my stage persona and my personal life,” she said. The mother-of-three elaborates on living in a world with inadequate boundaries and abundant access. If you don’t surround yourself with people you can learn from and grow with, you’re not going to be able to preserve your sense of self-worth. The industry will shower you with immense praise one moment and spit you out the next.

Beyonce delves into the nature of social media and how it facilitates a limited, customized version of the “truth” to earn optimal engagement from your end. The algorithms do the heavy lifting — they’ll present a “false reality” designed to keep you suffering and unaware in your respective echo chambers. “It shows us whatever truths we are searching for, and that’s dangerous,” says Bey.

As a result, the Single Ladies artist has had to think and act carefully. She can’t let algorithms and mindless postulation impact her mental health and future, so she chooses to be reserved in the public eye and communicate only when it’s necessary. The art speaks for itself; if it doesn’t, perhaps you’re not authentic enough. Many perceive her as being “closed-off” and associate it with some form of conceit. In actuality, however, it’s by design.

A lot of who I am is reserved for the people I love and trust. Those who don’t know me and have never met me might interpret that as being closed off. Trust, the reason those folks don’t see certain things about me is because my Virgo ass does not want them to see it….It’s not because it doesn’t exist!

Looking forward to her forties and beyond, Beyonce is keen on experiencing “celebration, joy, and giving and receiving love.” She’d like to expand her businesses, travel to her heart’s content, and feel the “freedom” she does on stage. She’s been working for a long time and would love to wipe out the old routines and replace them with new ones.

The Lemonade visionary hasn’t always had the opportunity to prioritize her own health and well-being. For example, the relentless years of touring have taken a toll on her body, and she still struggles with insomnia and muscle pain to this date. She’s learning how to take care of her body, listen to its signs, and tend to her mental health with patience and forgiveness. It’s crucial to note she doesn’t exactly know what the future holds, but she’s persistent and optimistic enough to ensure she’s able to meet her objectives and still have fun along the way.

Don’t lose yourself in the struggle

In one sense, there’s a lot we can learn and emulate from Beyonce’s evolution. She has a phenomenal work ethic, a drive to push boundaries and do the unthinkable, her level of perfectionism is second to none, and she demonstrates empathy and kindness every step of the way. Yet, in another sense, it’s terrifying to follow in her footsteps if the standard is so high in the first place. She’s a powerhouse, and it’s near impossible to match her level of success.

What we can take away from her interview is knowing when to take your foot off the gas pedal and enjoy the scenery. Life can’t be all about the struggle, especially if it’s demanding you to disregard your health and neglect your friends and family. As much as you want to chip away at your purpose, it can’t be the only thing that pushes you forward. You have to keep sight of yourself and your fundamental needs and pleasures amidst the grind, and if you stop doing so at any point, it’s time for a reset.

Aaliyah’s Tragic Love Story With Damon Dash Will Teach You To Take Chances
How Diane Kruger Learned To Make the Right Relationship Decisions — Not the Easy Ones
Linda Evangelista, Canadian supermodel, says she’s ‘deformed’ after cosmetic procedure
If it was easy then it wouldn’t be life (Life Terms Official Music Video)
Single Mom Fat-Shamed By Gym Receptionist Has Best Response