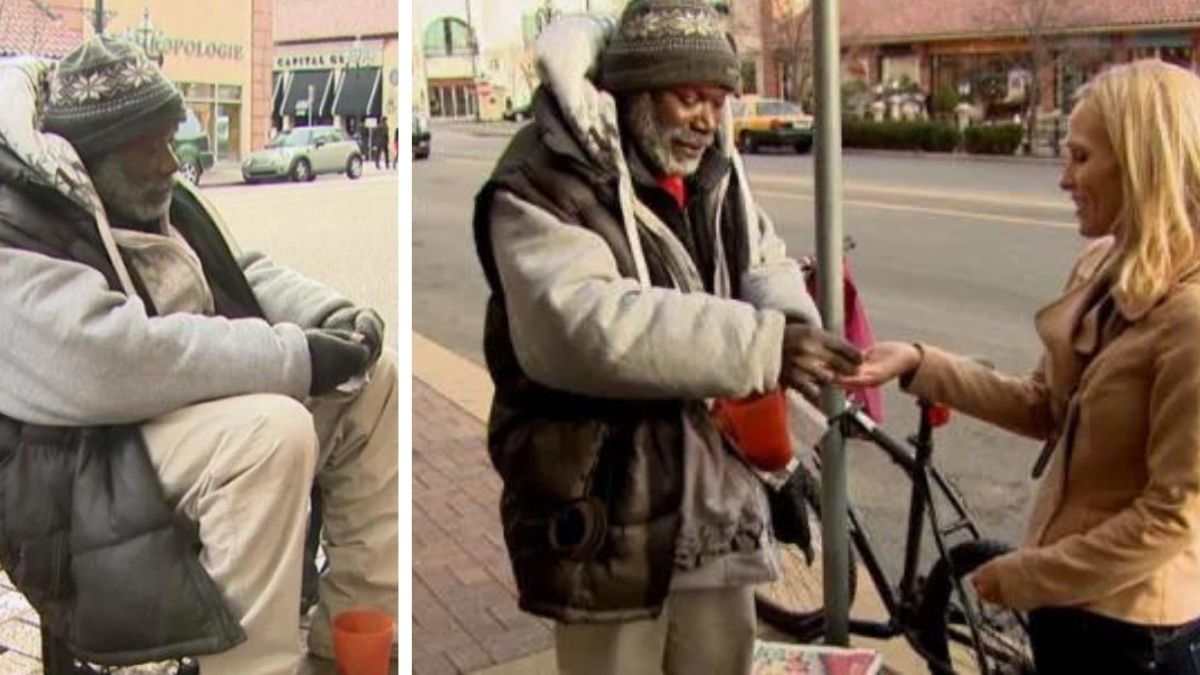 Sometimes life-changing moments happen in the blink of an eye. For a homeless man and a woman trying to donate some spare change, this moment in time resulted in a meaningful moment for both.

Billy Ray Harris was a  homeless man living on a corner of the street in Kansas City. Part of his daily routine was panhandling to strangers as they walked up and down that street. It was nameless faces connected to nameless bodies, but now there’s one stranger who he will never forget.

One day, Sarah Darling was one of those nameless strangers, and as she walked past Harris on the street corner, she dropped a few coins into the cup he was extending. But, something unexpected happened. As she dropped those coins in his cup, she accidentally dropped in her engagement ring with the spare change.

Harris didn’t know what to do at first. He even considered selling the ring, but he knew that was the wrong thing to do, even though he could really use the money.  So, rather than take the $4,000 that that ring was appraised for – he instead tracked Darling down and returned the ring.

“I am not trying to say that I am no saint, but I am no devil either.”

Darling and her husband Bill Krejci decided to start a fund to raise money for Harris as a way of saying thank you. That fund ended up raising hundreds of thousands of dollars. The money was then put in a trust for Harris, who is now not only off the streets, but was able to put down money on a car and a house. Also, due to the media attention from what happened, he ended up being reunited with family he had long ago lost touch with.

Sometimes, doing the easy thing is tempting, even when we know it’s wrong. But if you take a step back and consider paying it forward, you’ll find that doing the right thing can lead to incredible, and even impossible-to-believe rewards.

If it was easy then it wouldn’t be life (Life Terms Official Music Video)
Linda Evangelista, Canadian supermodel, says she’s ‘deformed’ after cosmetic procedure
How Diane Kruger Learned To Make the Right Relationship Decisions — Not the Easy Ones
Jamie Lee Curtis and Christopher Guest’s Advice For A Successful Relationship Is Just Two Simple Words
Interabled Couple Gets Married Despite Naysayers, Proving That Love Is For Everyone