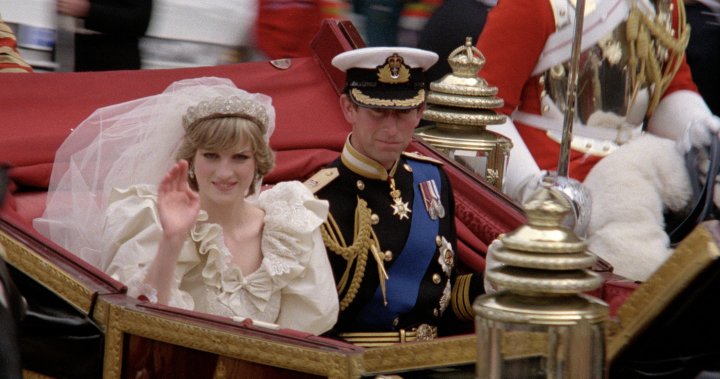 Arguably, the pomp, the pageantry and the outright luxuriousness of it all hasn’t been matched since, even as the pair’s sons, Princes William and Harry, went on to get married with typical royal fanfare. People from around the world lined the streets and watched the ceremonies of the latter two, there’s no arguing that, but nothing has ever reached Diana and Charles’ level of extravagance: A truly staggering 750 million people across 74 countries tuned in to watch the pair get married.

Now, to celebrate the 40th anniversary of the grand event, streaming service BritBox has created a documentary called Wedding of the Century, which closely examines everything to do with Charles and Diana’s nuptials. It features beautifully restored high-definition footage and exclusive interviews with those who worked behind the scenes, and then a digitally remastered 4K version of the wedding in its entirety is shown.

With the resurgence of interest in the royal couple — thanks, in part, to Netflix series The Crown, which spent its last season dissecting the tumult of the pair’s romance, or lack thereof — the documentary is sure to further stoke the fire. (Interestingly, the series never features its own recreation of the wedding, only a rehearsal.)

While much of the information revealed in the documentary is relatively “known” at this point, it’s definitely a different experience watching the real footage as opposed to watching actors. Of course, knowing what we know now, the restored footage is even more poignant.

Here are several standout details from Wedding of the Century.

Diana, and even Charles, too, appear incredibly uncomfortable. Both are red-faced for the public engagement announcement, though Diana’s face is almost the colour of a tomato. Her gaze is always down, throughout, and Charles seems distant and unattached. They look (and were) generations apart, and awkward while walking with one another. Armed with the knowledge of their courting difficulties, it’s not surprising but still uncomfortable all the same. Charles’ jealousy of Diana’s easy fame is clearly on display.

For decades, the paparazzi and the royals have gone hand in hand. It hasn’t always been that way. The moment Lady Diana Spencer became part of the royal circle, cameras began pursuing her, and in Wedding of the Century, we see the very beginnings of the toxic relationship. Diana’s first-ever public outing as Charles’ fiancée is to an event at Goldsmiths’ Hall; there is a literal camera frenzy, and her status is elevated almost immediately.

It was a different sort of royal wedding

In the past, most royal weddings were a way of stoking patriotism and fuelling love of the monarchy, like Elizabeth and Philip’s post-war wedding. (There’s great footage of those nuptials in the documentary too.) While this wedding did indeed refuel interest in the monarchy, most people who lined the streets and watched on TV were most interested in seeing Diana. It’s a trip to see people falling all over each other just for a brief glimpse.

The amount of detail is staggering

OK, so it’s not such a surprise that a royal wedding had all the bells and whistles, but the sheer magnitude of opulence and specificity is enough to make your head spin. Wedding cake detail, choir detail, flower detail — it took a veritable army of people behind the scenes to put it together.

Despite their union eventually crumbling, Prince Charles and Diana’s wedding remains one of the most-watched and most-discussed events in modern history. Wedding of the Century takes us back there, to relive it once again or to experience it for the first time.

‘The Wedding of the Century’ launches on BritBox across Canada on July 29, the 40th anniversary of the wedding.