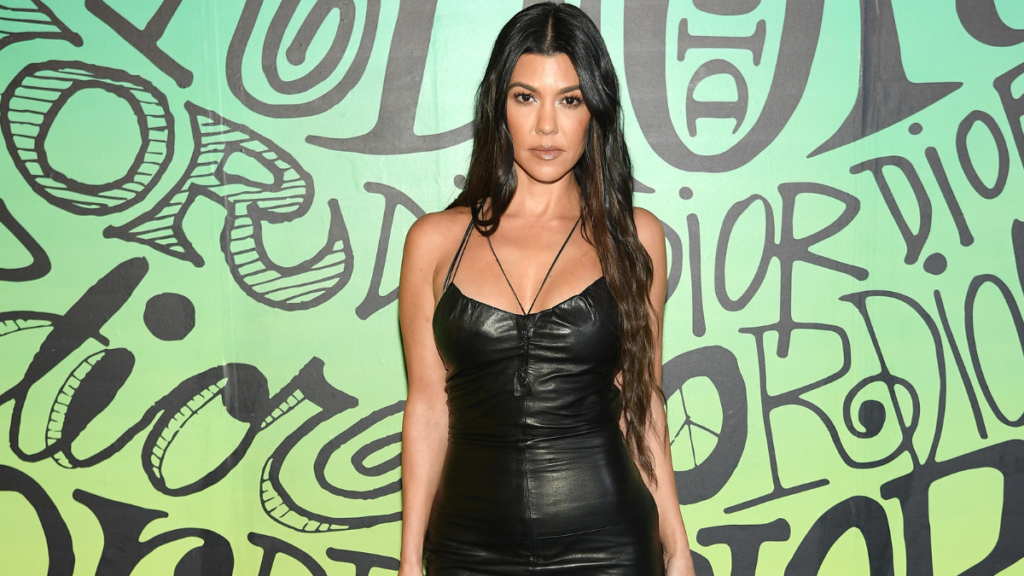 The Kardashian clan is no stranger to poor decision-making, but when push comes to shove, they know how to put their foot down.

That’s precisely what the eldest Kardashian sister, Kourtney, had to do when she realized that her partner of ten years, and the father to her three children, Scott Disick, wasn’t going to change in the least. It’s immensely grueling to issue an ultimatum to such a crucial individual in your life, knowing that if you mess up the split and become hostile to each other, it can risk the upbringing and general outlook of your children.

Kourtney’s pleasant, albeit surprising, romance with rock musician Travis Barker of Blink-182 not only underlines the contrast between the two dalliances but also demonstrates that it’s an uphill battle to shake off toxic routines and begin anew. However, if you manage to execute it with empathy and patience, it can become your biggest source of strength.

Kourtney and Travis make such a delightful, unlikely pair that it’s worth exploring their beginnings and chart Kourtney’s growth over the last fifteen years:

Kourtney left Scott because he refused to change and lacked “consistency”

The one thing to note about Kourtney and Scott’s entanglement is that it comprises a million intricate layers that no one really has the time or energy to properly unpack.

They met in 2006 at a party thrown by Girls Gone Wild‘s Francis in Mexico and commenced a partnership that lasted for ten years and produced three children: Mason, Penelope, and Reign. Due to the highly transparent nature of Keeping Up With Kardashians and the painstaking way the series featured the couple, audiences have a thorough understanding of how their rapport evolved over the years. It’s safe to say Scott’s questionable conduct has been a thorn in Kourtney’s side for years — his relentless partying, the cheating, and the occasional lapses into alcoholism have all played a part in Kourtney’s refusal to marry him despite being urged to do so by her family and Scott himself.

Scott’s made so many, like, major life improvements and he’s such a great dad and I’m really proud of him. But the biggest thing is having consistency. I just think him playing the role of the victim — I just can’t have it keep going on and on.

Kourtney Kardashian on Keeping Up With The Kardashians

By mid-2015, the relationship was proving to be untenable, and Kourtney called it quits. Scott subsequently checked into a rehab facility to treat his addiction issues. During a KUWTK reunion special with Andy Cohen, Kourtney elaborated on her decision to finally dissolve the union. “The infidelity, I only knew about it at the end, so I think the substance abuse was the deal-breaker,” she revealed.

Though Scott, for his part, acknowledged his wrongdoings and undertook discernible measures to work on himself, Kourtney became concerned about a potential relapse into bad behavior and the pain it might inflict on her young family. What’s worse is that the rest of the Kardashians maintained a soft spot for Scott and kept pressuring Kourtney into reuniting with him. This occurred so frequently that Kourtney had a breakdown, as depicted in an episode, in which she accused her family of “enabling” Scott. “When Scott and I broke up, I set certain boundaries with him,” she said, adding that she doesn’t plan on sitting around as he works on himself. She has an adequate sense of self-worth and doesn’t intend to put her life on hold in the hopes he would drastically change one day.

Kourtney and Travis’ relationship, on the contrary, is based on “maturity”

Travis Barker and Scott Disick are akin to chalk and cheese. Time will tell, of course, whether ‘Kravis’ is able to overcome the big hurdles, but they’ve already gotten off to a stellar start. It also has a lot to do with their level of maturity — they’re becoming romantically involved with each other in their forties and therefore bring more to the table in terms of experience and emotional development.

They’d also been friends for several years before deciding to embark upon a romance. The duo was photographed having dinner together and attending a Hillsong evening church service back in 2018. In addition, they’ve resided in the same Calabasas gated community for years, their families well acquainted with one another. Travis also maintains an acute familiarity with the reality television machine; he, his ex-wife Shanna Moakler, and their children appeared in the show Meet The Barkers, which aired on MTV between 2005 and 2006.

And now, I’m spending time with a woman who’s a great mom, who’s a great friend, and you don’t have to worry about any of those things. It just comes natural. It’s a maturity thing.

Nevertheless, it wasn’t until January 2021 that Travis and Kourtney were rumored to be seeing each other. Travis started leaving a few flirtatious emojis on Kourtney’s Instagram photos, and it was becoming increasingly clear that a sparkling new Hollywood coupling was taking shape. Kourtney went public with their courtship on Valentine’s Day by posting a cute photo of the couple holding hands. In the next few months, they’ve escalated the PDA and have been spotted everywhere from Disneyland to UFC fight nights. Excitement about their unusual but refreshing love story continues to sweep across social media, and it appears that the parties themselves share in the enthusiasm just as well. Travis gushed about his new girlfriend on The Drew Barrymore Show and said there’s a seismic difference between dating someone like Kourtney, a mother of three children, vs. a single woman with no offspring. He doesn’t have to worry about coordinating schedules or prioritizing the girl over his children; he can just be himself, and Kourtney understands.

Kourtney has remained silent about the meat and potatoes of the relationship, but if her social media presence is anything to go by, she seems as content and pleased as ever. No signs of the drama she faced with Scott, and she’s able to invest her energy into someone who truly comprehends the meaning as well as the values associated with family.

Recognize and appreciate progress in your life

Change is inevitable, as they say. Scott refused to or was simply unable to change his ways and reject the vices that defined him. The effort to clean up arrived a little too late, and it wasn’t enough to change his girlfriend’s mind. Kourtney decided she’d had enough and wanted to find someone mature enough to understand her concern around her family, someone who would pay heed to her wishes and prioritize her every step of the way. Travis showed up just at the right time.

As we develop and mature over time, we must hold the exact expectations for our loved ones. Sometimes they change for the better, sometimes for worse, but if they refuse to fend off their worst impulses over and over again, perhaps it’s a sign they’re not ready to support your growth. As you embrace improvement in your life, it’s essential to recognize and appreciate those that demonstrate progress in their own journey.