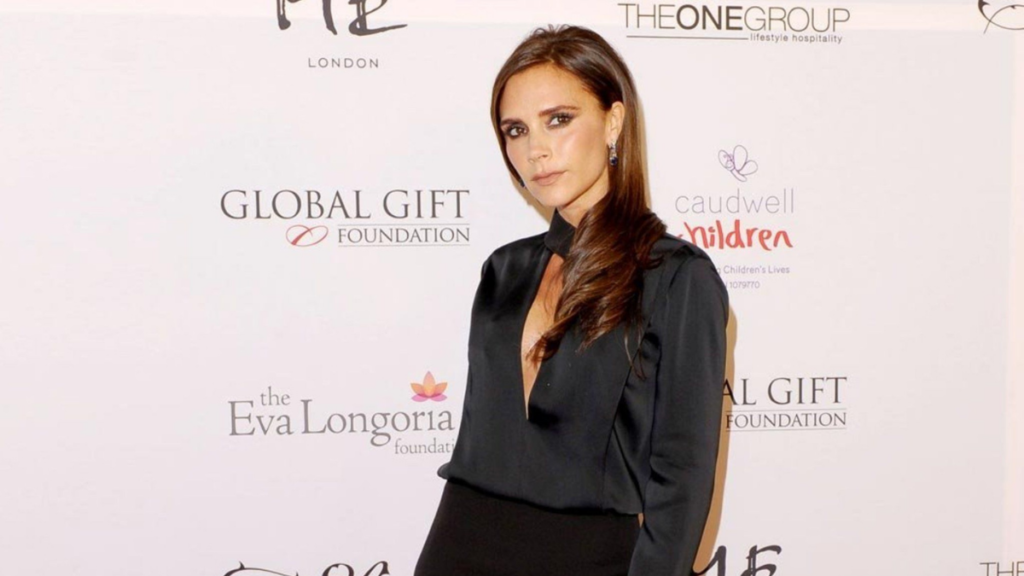 If your name is Posh, you’re likely expected to uphold rigorous standards whenever you go for the rest of your life. Victoria Beckham has yet to let us down.

During her effervescent breakout with the Spice Girls, she developed a reputation as a poised, high-achieving woman of immense class, attitude, and sophistication. Only, it’s been north of twenty-five years, and she keeps raising the bar. From an outsider’s perspective, she’s blessed with everything: an adorable family of four, a scintillating fashion empire, a gorgeous husband, and a musical legacy that’ll remain unmatched.

Yet, underneath the success and the self-assuredness lies a world of vulnerabilities and insecurities. While penning a letter to her younger self in Vogue, Posh Spice didn’t hold back on shedding light on the complexities of her image and how she still struggles with embracing self-love.

You might say it’s easy for someone like Victoria to seamlessly accept herself, but her admission — and subsequent regret — of plastic surgery indicates that nothing is as simple as it seems.

Victoria regrets getting a boob job and not “embracing her imperfections”

Victoria hadn’t always been the absolute picture of English opulence, genteelness, and old-school glamor. She’d once been young and callow, unsure of her place in the world and how she’d go on to attack the opportunities that laid in her way. The Vogue letter addressed to her 18-year-old self describes young Vic as “not the prettiest, or the thinnest, or the best at dancing at the Laine Theatre Arts college.”

She’d expressed a thorough interest in dance at an early age, and so her parents arranged for her to be sent to a performing arts boarding school in Surrey. Unfortunately, she realized at her über-competitive school that she wasn’t as skillful or remarkable as she’d been led to believe. The environment was cutthroat, the peer group was industrious and ambitious, and Victoria found herself faintly dwelling in the middle of the pack. She begged to return home, explaining that she wasn’t “good enough” to keep abreast, but her dad urged her to keep her head high and continue working hard. “Dad got on the phone: “Stay there, prove everyone wrong.”

And I should probably say, don’t mess with your boobs. All those years I denied it – stupid. A sign of insecurity. Just celebrate what you’ve got.

She felt inferior in every which way — the “bad acne,” being “too plump”. Her fellow classmates relentlessly bullied her by throwing soggy tissues and old Coke cans at her for not sporting the most fashionable gear. Yet, these agonizing experiences only helped Victoria grow a thick skin and endure the scrutiny that would befall her life in just a few short years.

Adult Victoria advises her younger self to “embrace your perfections” and not spend every waking minute obsessing over her appearance. The complexion will “sort itself out,” the perm will disappear, and your weight will stop fluctuating and become stable. There’s no reason to adhere to the latest diet fad, whether it’s eating “Super Noodles” or drinking green juice. 18-year-old Victoria should instead let her skin breathe and wear less make-up; be more confident in her natural beauty and her ability to shine regardless of how she manages to look on a specific day.

That’s when Victoria acknowledges the veracity of a story she’d spent years denying — that she’d had plastic surgery.

Like anyone else, Victoria hasn’t had the most straightforward journey with building inner strength, especially when it comes to earthly vanity concerns.

However, what’s dissimilar about her situation is that she’s essentially perceived as the pinnacle of poshness and perfection. The audience actively positions her as the impeccable ideal to which they can aspire. As a result, she has to deal with the additional pressure of establishing the norm, setting the trend, and blazing a trail for others seeking to follow in her footsteps.

Victoria has no qualms about imparting style advice — for example, “wear sunglasses a lot”; they “turn a nothing-outfit into something quite pulled together and cool” — but she doesn’t want to precipitate a whirlwind of anxiety, self-loathing, or timidness among young women. She knows all too well what it’s like to face an upheaval of apprehensive, self-hating emotions and think yourself lacking here, there, and everywhere.

I see my imperfections and flaws and I smile: it’s who I am and I’m not going to try to change that. It’s taken me a long, long time to recognise that by 45 years old, actually I’m all right.

What’s not entirely known to the public is how the “Posh Spice” nickname was a device for promotion and didn’t accurately describe Victoria’s own stance on fashion or etiquette. The name originated from her reserved nature, her choice of designer outfits, and her affinity for “high-heeled footwear.” It’s unfortunate that those characteristics are attributed to only the wealthy and the upper-class because, in the twenty-five years since the Spice Girl phenomenon, everyone has gained the ability to adopt them. “I was young and shy, and being Posh helped me find my style and confidence, and my voice,” she told ET.

If assuming a more dignified, “posh” identity empowers you to stand tall with pride and conviction, so be it. However, it’s not necessarily going to resolve your issues with self-esteem and wariness. It took Victoria a long time before coming to grips with her innate face, body, and exterior. She still doesn’t think of herself as beautiful; she promptly tells Harper’s Bazaar,“No, absolutely not. But I make the best of what I have.”

Plastic surgery or other permanent cosmetic procedures aren’t a long-term resolution for your troubles; they are but a temporary balm. That’s not to say that these practices shouldn’t be considered at all, especially amidst medical considerations, but that there’s more to life than living up to these exacting beauty standards. Victoria realized over the years that her family and work come before her vanity and fashion, that she’s far more content to be prioritizing the attention to other areas.

Self-acceptance is an uphill battle, but it’ll come

The biggest takeaway from her evolution over the last twenty-five years is that you can’t afford to pick at the silliest of things. It’s a natural, undeniable tendency to some extent, but as you mature and come across beautiful, oftentimes contrasting discoveries about yourself, it’s best just to let the worries slide and start to accept yourself as you are. “When you get older, you learn how to be comfortable in your own skin,” said the former Spice Girl.

Afraid to Say No Because You Might Miss Out on a Big Opportunity?
What Creates Anxiety and How We Can Heal and Ease Our Pain
How I Stopped Resisting Change and Embraced the Road Ahead of Me
How To Surrender Your Heart To The Present Moment Without Judgment
Read This When You Feel Like God Is Far Away