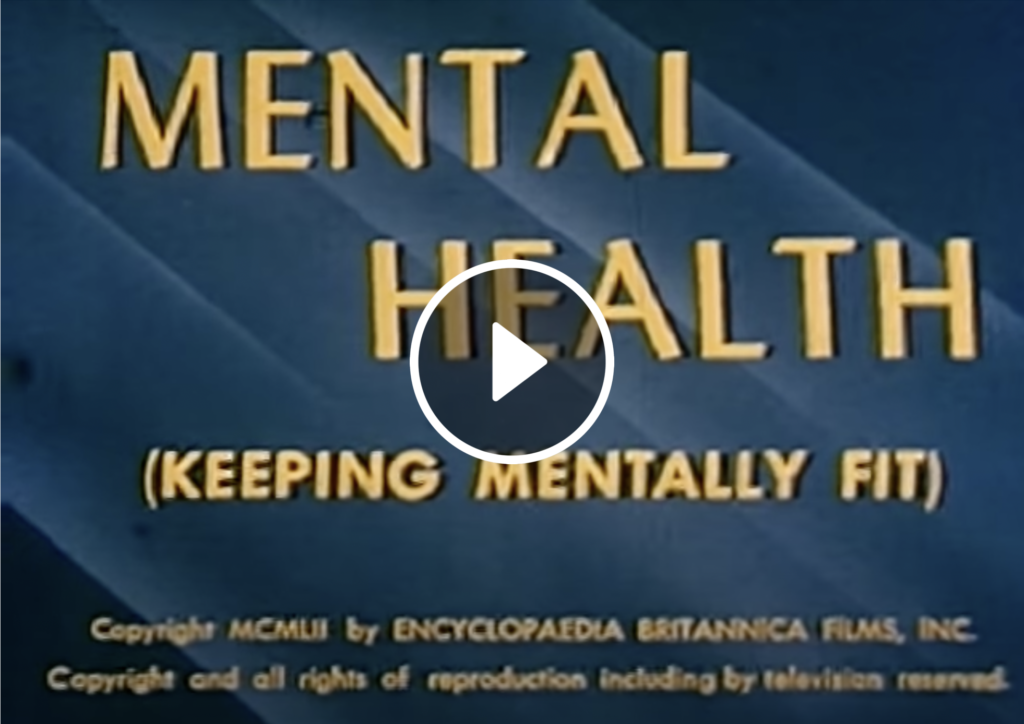 I’ve been on a weird YouTube binge lately: watching black and white instructional videos from the last century. I’ve pored through videos on habit patterns, developing self-reliance, and thrift habits—some of which are surprisingly interesting and poignant, even today.

But I had to laugh when I stumbled across a video titled “Mental Health: Keeping Mentally Fit,” from 1952, an Encyclopedia Britannica film. This is going to be so hilariously outdated, I thought. But I was surprised by what I watched. The video was actually helpful. And, unlike some other videos from the time, it’s in color!

The video runs through four habits to develop greater mental health resilience. In a nutshell, they are:

Don’t get me wrong, there is a lot the video doesn’t include or consider. One commenter mentioned “this all works when you have normal people around you,” but the advice falls short in tougher environments.

Dated as it is in places, there are a bunch of valuable nuggets in this video. It’s well worth the watch.

Chris Bailey has written hundreds of articles on the subject of productivity, and is the author of two books: Hyperfocus, and The Productivity Project. His books have been published in 20 languages. Chris writes about productivity on this site, and speaks to organizations around the globe on how they can become more productive, without hating the process.