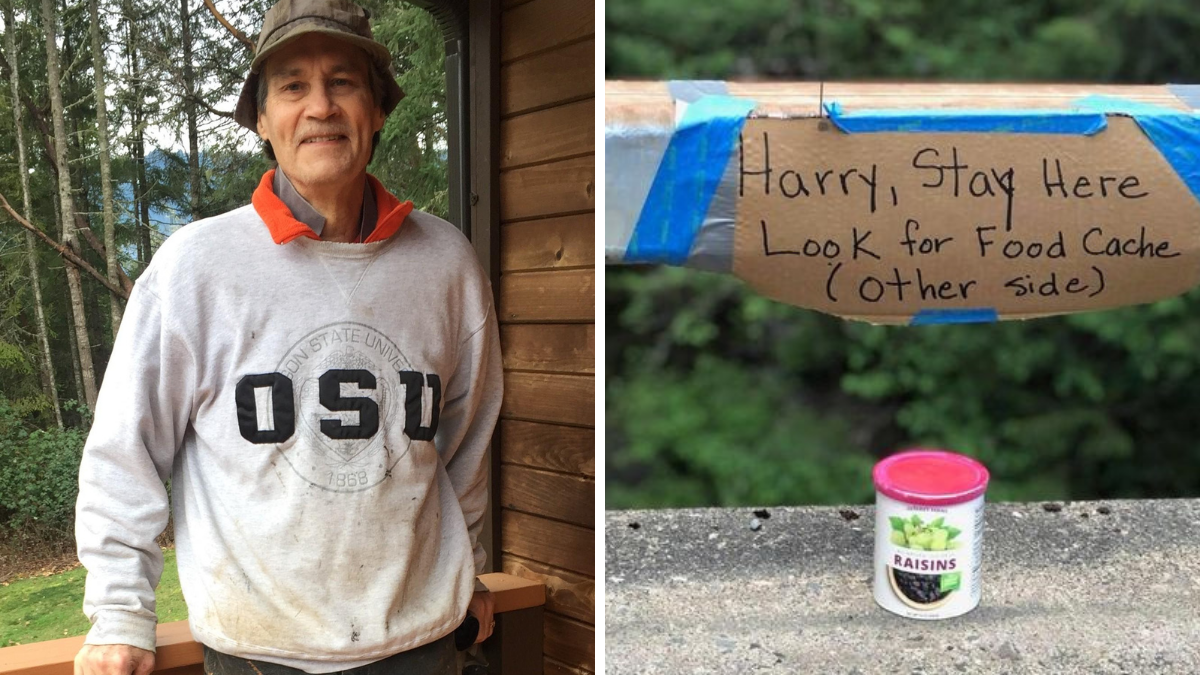 For 17 nights, a fisherman’s wife was worried sick for her husband who was missing in the forest. A massive rescue team searched for him night and day, until they finally found him, thankfully in good condition.

Lost in the wilderness

After avid fisherman Harry Burleigh didn’t come home from a camping trip in the Toketee area of Oregon, his wife Stacy called the police.

The Douglas County Sheriff’s Office said the 69-year-old fisherman may have tried to walk to Twin Lakes in the Umpqua National Forest to fish before heading home.

But he didn’t make it back.

Search teams from 18 different emergency service departments and eight counties showed a tremendous amount of perseverance while out in the forest to look for Burleigh. Stacy posted updates on a Facebook group while search teams left packages of food on the trails in hopes he would find them to no avail.

Then on May 16, 10 days after Burleigh went missing — searchers found a tackle box and makeshift shelter, but no missing fisherman.

“They left him a note and lighter and told him to make a fire and they would be back in to get him tomorrow,” Stacey wrote on Facebook. “It took the team another six hours to get out.

“All prayers and positive energy are needed for successfully finding Harry and the searchers getting themselves and Harry our safely TODAY!”

A week later and 18 days after the fisherman went missing, prayers were answered as rescuers found a makeshift shelter southwest of the original one, and called out for Burleigh. He responded, and was found in relatively good health.

“After 17 nights in the wilderness, 69-year-old Harry Burleigh has been found alive and rescued by Search and Rescue crews who never gave up,” police said in a news release. “He was found to be walking and complaining of minor pain, but was in stable condition. A Brim Aviation helicopter was utilized to hoist Burleigh from his location and transport him to a waiting Lifeflight helicopter.”

Burleigh was taken to hospital but returned home to his family that evening.

“This was the outcome we all have been looking for in this case,” said Douglas County Sheriff’s Sgt. Brad O’Dell in the release. “The Sheriff’s Office wants to thank everyone who was involved in this mission.”

A region came together to save a life

In all, 40 rescuers searched for Burleigh — that’s a tremendous effort from various communities — and it all paid off. They should all be extremely proud of themselves for persevering and saving a life.