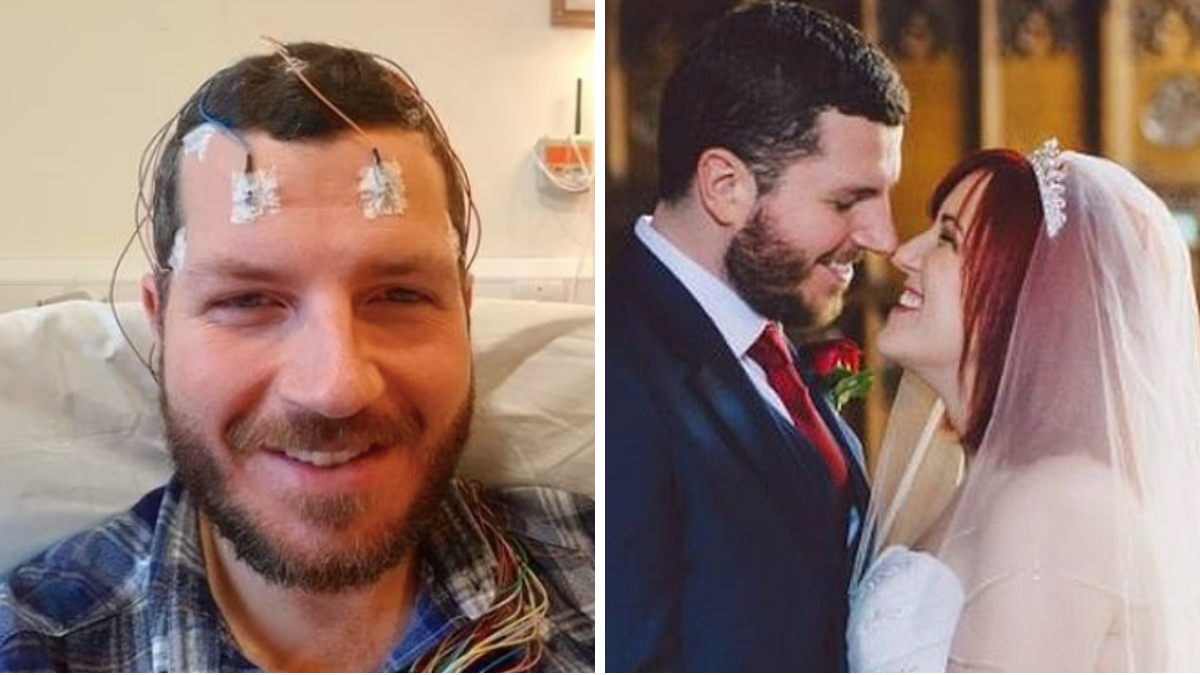 The Waterboys’ 1980s hit, The Whole of the Moon, triggered vivid flashbacks for Thomas Leeds who’d lost nearly all his memories after a near-fatal car accident a decade ago.

Even more peculiar is the fact he couldn’t remember any faces until he met his wife and fell in love with her.

Hours away from death

Leeds was 19 at the time and walking in the streets of London when he was hit by a taxi.

According to the BBC, Leeds had been thrown over the roof of the taxi and landed on his head. The car was dented, its windshield was smashed, and the roof had caved in due to the impact of Leeds’ body.

Thomas’ father Anthony is a doctor, and he rushed his son to the hospital where they found little more than scratches and bruises.

But, according to Thomas’ mother, Jacqueline, the officer felt that no one could walk away from a hit like that, so after he was discharged from the hospital she sent him back for a scan. That’s when doctors found the “utterly shocking” truth that the accident caused a blood clot in Leeds’ brain.

“He was 24 hours away from death,” Anthony said.

Doctors operated, and while Leeds seemed to be content and recovering well, it soon became clear that he’d never be the person he once was.

Leeds couldn’t recognize his family members or his home where he’d lived since childhood. He’d lost all his memories, and even his personality changed. Leeds went from being more reserved to being affectionate and excitable, his mother, Jacqueline, told the BBC.

“He is very emotional. He’s very open. There’s something of the child that isn’t in the others.”

Leeds had planned to study design at university, but he’d even lost interest in drawing.

“That boy that I was, just feels no more real than an ancestor. You know they existed and maybe you’ve seen pictures but they don’t feel real,” he says. “The first few years it didn’t bother me. We were all so young so everything was about ‘tomorrow’. But as our 20s ticked by, everything became about ‘yesterday.’”

Years went by and Leeds started to date. He arranged a date with a woman named Sophie, but it ended on a highly irregular note.

“I’m sorry, but I won’t recognize you tomorrow,” he recalled saying to the BBC.

Leeds had developed prosopagnosia, or face blindness, meaning he’d lost the ability to identify people in the usual ways such as through variations in faces like the arch of an eyebrow or the angle of a mouth.

But while Leeds couldn’t remember Sophie’s face, he was able to recall her bright-red hair, and they ended up getting married and having children.

Now, she’s the only person he can recognize — not even their children — due to her bright hair.

“She’s amazing. She always makes me feel that she’s lucky to have me. It made me feel a lot better about the future,” Leeds said.

In an attempt to jog his childhood memories 10 years after the accident, Leeds made a playlist of 80s songs he supposedly listened to growing up. All was unfamiliar until he heard the track The Whole of the Moon by The Waterboys.

One of the song’s lyrics says, ‘I had flashes,’ and it sent Leeds on a series of six flashbacks of his own. In one of them, he recalled a Christmas tree, towering over him.

“There was a woman standing, and she was young and she was smiling and she didn’t have grey hair. It was my mum and I was her little boy. And it was real.”

“It really changed everything for me,” he said of the flashbacks to the BBC. “It was so short, nothing was said, but knowing that it was real and I’ve got it in my head and it’s not just a story, and it’s not just a grainy photograph … it was a little bit of my beginning.”

Despite frequent epileptic seizures that set him back in his memories — even causing him to forget what year it is — Leeds continues to work on remembering. Now, he’s writing a children’s book that reflects his journey.

“It’s been 18 years now and I am this person. It’s lovely knowing a little bit of who I was before, but I’ve had such a life now,” he told BBC.

And he still treasures that flashback of his mother at Christmas.

“Just knowing that I’ve got something real from before, from the beginning of my story, really helps me face the future.”

When will your breakthrough happen?

The brain is a truly powerful and complex organ. One moment Leeds was a teenager with plans to study design. The next, he’s forgotten everything he knows and become a changed person.

But despite the devastation and frustration of this ordeal, Leeds managed to recall some precious memories due to — of all things — an 80s song, which proves that you never know when that breakthrough will come. And he also found a loving and accepting partner in Sophie, whose hair he would recognize any day.