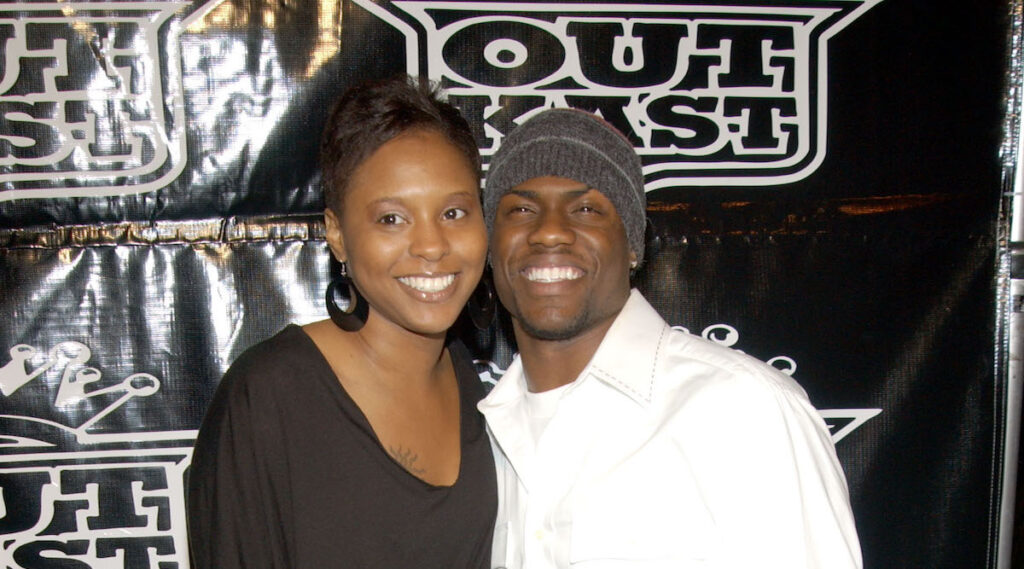 Kevin Hart may be the king at delivering jokes a mile a minute, but nobody’s laughing at his personal life.

It’s no secret that he’s made some genuinely shocking blunders over the years, from making homophobic jokes on social media to driving under the influence of alcohol to cheating on his pregnant missus while she was pregnant. As a result, he’s immensely hurt his loved ones, peers, and fans, and it’s likely going to be a while before he’s in their good graces.

Yet, it’s not fair to his growth trajectory to simply pile on him for his mistakes and not give credit where it’s due. While he has erred in certain situations, he has taken responsibility and shown vulnerability in others. Kevin and Eniko’s marriage may be front and center in the discourse surrounding the comedian, but it’s his admissions concerning his first marriage that should be commended.

While we wait to see how the comic matures as a father and a husband, it’s crucial to examine his first marriage with a new lens.

Kevin takes full responsibility for having “messed” up his first marriage

Kevin Hart met Torrei Skipper at the Community College of Philadephia. They’d barely been out of their teenage years when they started to fall for one another. In fact, their courtship had moved at such a breakneck pace that they decided to get engaged within just a few years, tying the knot in 2003.

They welcomed two children over the course of their marriage: daughter Heaven Leigh, born March 22, 2005, and son Hendrix, born on October 8, 2007. Torrei had been an enormous source of support for Kevin through his early years of comedy and acting. She knew him when he was still “selling sneakers” and was struggling to hone his standup style. They moved out to LA together in the early aughts, where Torrei herself dabbled in acting, producing, and reality television. She’s had roles in several films, including Perfectly Single and The Workout Room, and even went on her own standup tour in 2016, titled It’s Time To Tell My Side.

We met when we were 19 and 20 and came up together, moved out to L.A. together. I knew him when he was selling sneakers before he ever hit the stage. I’m so proud of him, I really am.

Torrei Hart to US Magazine

Eventually, the couple had to acknowledge that their marriage wasn’t working out. They filed for divorce in February 2010. Reflecting on his seven-year marriage with Torrei, Kevin expressed regret at taking such a seismic step in just his early twenties. He added that his lack of life experience might have impacted his ability to be a good husband to Torrei. He didn’t have a comprehensive understanding of the duties associated with a long-term commitment, and so he floundered and wandered on his own till Torrei became forced to call it quits.

I’m not ashamed to say it, guys. I got married at the age of 22. I was still all over the place. I didn’t really understand the definition of marriage. I wasn’t ready for it, so I take responsibility. I can say I messed my first marriage up. I’m man enough to say that.

Kevin and Torrei are in an “amazing place” despite their history

Though Kevin doesn’t totally confirm what exactly occurred with Torrei that led to the dissolution of their marriage, he says, “that was when I was in the prime of my sexy, so don’t blame me.”

It’s unclear if cheating had been a factor in the divorce because both Kevin and Torrein are relatively tight-lipped about what triggered their separation. In fact, they have nothing but wonderful words to say about one another as dear friends and parenting partners. They’ve made beauty with the ashes of their failed relationship, and are keen on focusing their full energies on raising their children thoughtfully. Kevin told Chelsea that he and Torrei “are in an amazing place now where [they’re] friends…great parents.”

Torrei has echoed the same sentiment. She’s called Kevin “awesome” and reaffirms his incredible qualities as a dad to their young kids.

I couldn’t ask for a better father for my kids. I love him […] We went through what we went through. Couples go through stuff all the time. We were young. But as far as everything else, he stepped up to the plate to make sure I am OK.

Torrei Hart to US Magazine

It’s all too easy to forget about Kevin Hart’s positive attributes in the face of his cheating and drunk driving scandals, but it’s worthwhile to remind ourselves that human beings aren’t just black and white. Kevin Hart’s decision to cheat on a pregnant Eniko Parrish is as deplorable as it comes and could have seriously sent him through the pains of a second divorce. Unfortunately, it will be an uphill battle to rectify his mistakes and do the necessary healing to make the relationship sustainable in the long run.

Yet, he’s never balked when it comes to taking accountability for his cruel deeds. He immediately owned up to his transgression when the report surfaced, saying that he was “guilty, regardless of how it happened and what was involved.” He added that it wasn’t the “finest hour” in his life, but that’s not how actions and consequences work. “With that being said, you make your bed, you lay in it,” he said on the radio show, The Breakfast Club.

Not every male celebrity chooses to open up about their infidelities in such a forthright manner. In fact, many of them, including Future and Lil’ Baby, glorify cheating on their spouses and sleeping with as many women as possible. Not to mention the host of male public figures who keep their affairs hush-hush lest it damages their reputation. They’d rather stay quiet and wait for the matter to blow over than speak about their wrongdoings. So when the majority engage in trained, strategic silence over their personal affairs, it’s indeed notable for Kevin to step up and reveals the ups and downs of his complicated marriages.

[Eniko] held me accountable. It wasn’t a walk in the park, but it was her understanding that we don’t let the outside world affect our inside, and I credit her for setting that tone.

Kevin Hart on School of Greatness

Need a second chance? Be accountable

We’ve all faced moments in which we were tempted to lie, act sly, and take a shortcut through a tough conversation. Yet, what we don’t realize is that if we get ahead of the situation and take accountability from the get-go, the fallout isn’t going to be nearly as bad as feared. Instead, the consequences are far more amplified in our heads than in reality, so we tend to keep up the lie and get ourselves into increasingly tricky setups to avoid facing the music.

It’s best practice to just recognize the mess for what it is, and take the necessary measures to prevent it from happening again. It’s up to the other parties involved whether they can find it in their hearts to forgive you and give you a second chance, but as long as you’re doing the work of owning up to your errors, you’re on the right path.

Afraid to Say No Because You Might Miss Out on a Big Opportunity?
Read This If You Are Searching For Motivation
Man Finds Out Cab Driver Has Never Been To Amusement Park So He Invites Him
29 Things I Learned In My 29th Year
Why We Really Need To Talk About Simone Biles’ Shocking Olympic Exit