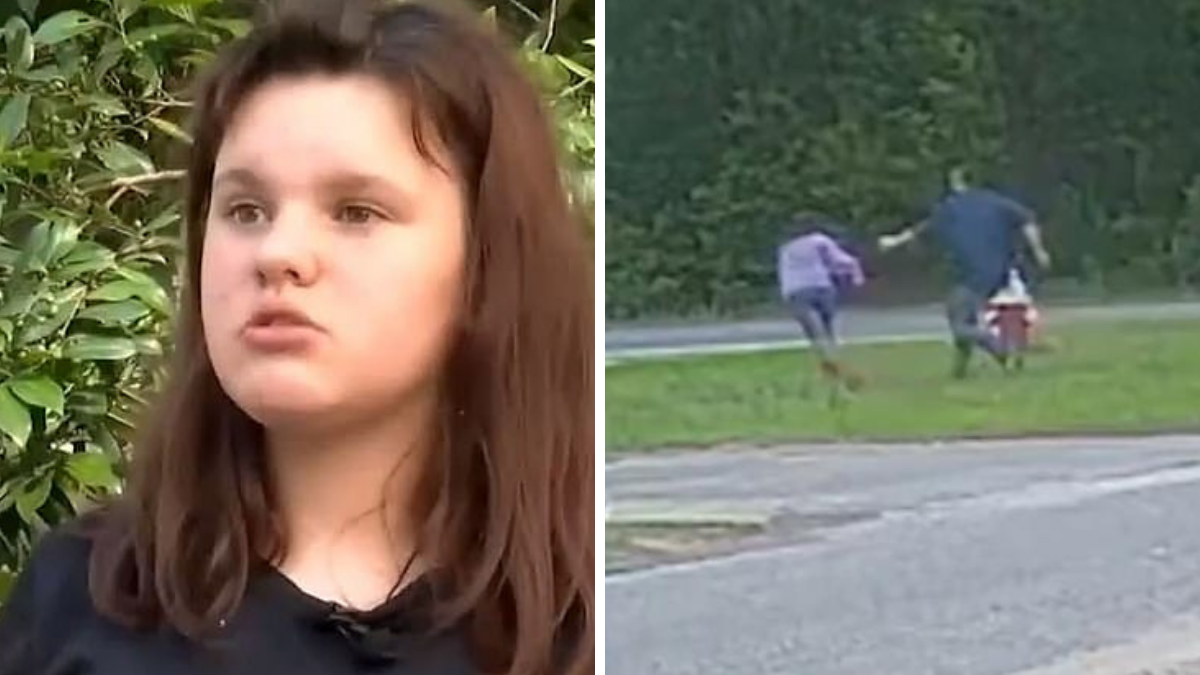 While an 11-year-old girl in Florida was waiting for the bus, she was mixing blue paint with homemade slime, as kids do. Then all of a sudden, a white SUV pulled up and a man sprinted towards her in a shocking attempt to kidnap the girl, who was identified as Alyssa.

Alyssa tried to run away, but the man, who was holding a knife, caught up to her and started dragging her to the car — but she resisted. Alyssa tossed some of the slime on his arm, so he ran back to the car and drove away.

Alyssa said she knew to mark the guy with the slime and defend herself by watching Law & Order: SVU with her mom.

“I knew that that might be better evidence if the cops do find him,” she told Today.

She did the right thing

Footage of the attack was captured on a police security camera and the alleged abductor, Jared Paul Stanga, 30, was charged with attempted kidnapping of a child under 13 and aggravated assault and battery.

“The victim at the time of the attempted abduction was playing with blue slime,” Escambia County Sheriff Chip Simmons said at a news conference. “The suspect, when we caught him, had blue slime all over his own arms.”

“I’m not so sure if she actually comprehends what could have happened. She fought like a trooper.”

Props from the actor who plays Olivia Benson

When the actor who plays Olivia Benson on SVU, Mariska Hargitay, got word of the girl’s defiance — and the influence of the show — she posted on Instagram.

“Alyssa, first and most important, I am so relieved and grateful to know that you are safe. And I am so honored to be part of your incredible story,” Gargitay wrote. “You are one BRAVE, Strong and Smart young woman. I think the SVU squad might have to add slime to their crimefighting gear! Take good care of yourself and each other. With all my love, your number one fan, Mariska.”

As for the girl, she’s seeing a counsellor but her mom says she’s her normal, resourceful self.

“I just feel proud of myself,” Alyssa told Today.

Preparing our kids for the worst isn’t easy

No parent wants to see something happen to their child like what happened to Alyssa.

As parents, we can try and train them to be safe as best as possible, but we’ll never know what they pick up and if they’ll do the right thing when the time comes. Thankfully, this girl managed to keep herself safe, and it wasn’t thanks to a tip from her parents or teacher, but a TV show. Maybe crime shows are good for kids to watch after all?

Err, I think we’ll need some more evidence before making that conclusion.