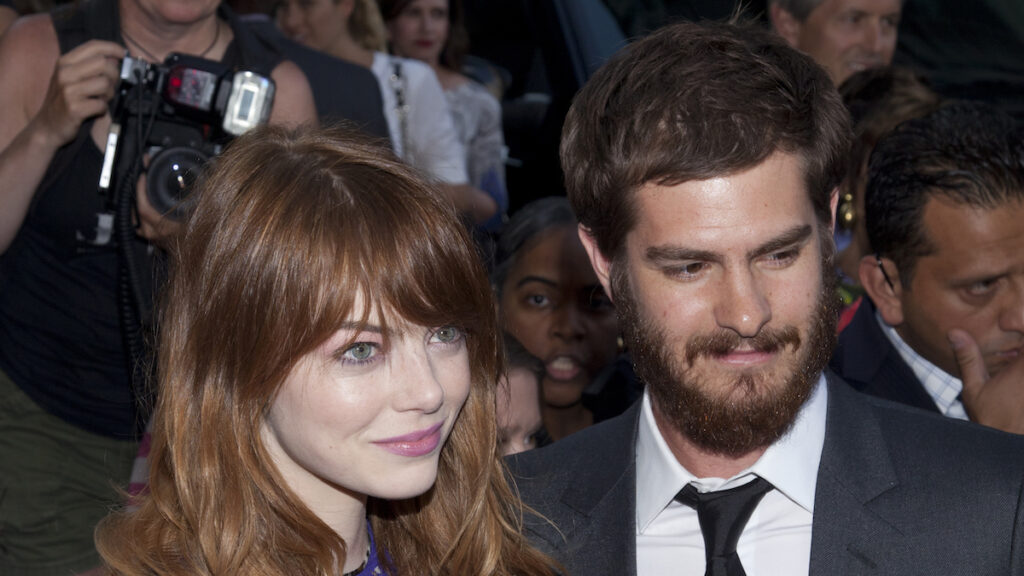 Emma Stone is a firm believer that relationships are sacred and meant to be private. As she told The Wall Street Journal in 2015, she’s never spoken openly about her romantic life for one simple but important reason: “It’s so special to me that it never feels good to talk about, so I just continually don’t talk about it,” she explained.

That was true then, when she dated — and split from — Andrew Garlfield (whom she met on the 2011 set of The Amazing Spider-Man), and it’s true now that she’s happily married to Dave McCary. In addition to placing great importance on privacy, the actress also knows the value of a genuine connection and she’s proof that a breakup doesn’t have to be negative.

Here’s what we can learn from Emma Stone’s unapologetic approach to love:

It was October 2015 when Us Weekly confirmed that, after four years of dating, Emma Stone and Andrew Garfield had called it quits. The pair took a break earlier that April and eventually decided that they simply weren’t meant to be. Showing fans that relationships don’t need to end in tragedy or animosity, the two actors continued to build and cherish their relationship — as friends. Indeed, a source told the mag that despite the split, “they still have a lot of love for one another and they are on good terms with each other and remain close.”

The insider wasn’t kidding. Since ending their romance in 2015, Stone and Garfield have continued to support each other and speak fondly of their connection. In 2016, the actress admitted to Vogue that her ex is “someone I still love very much” while Garfield told The Hollywood Reporter that if he were ever forced to choose a fellow actor to be stranded on a desert island with it would be “Emma Stone. I love Emma. She’s all right. She can come,” he quipped. It was also nothing but love in 2017 when she won a Golden Globe for La La Land and Garfield made headlines for giving her a standing ovation. Or when she made time to see him perform in Angels in America at the National Theatre in London.

“We care about each other so much, and that’s a given, that’s kind of this unconditional thing,” Garfield said of their unshakeable bond. “There’s so much love between us and so much respect,” he continued, gushing, “I’m her biggest fan as an artist. So for me, it’s been bliss to be able to watch her success and watch her bloom into the actress that she is. And it’s also been wonderful to have that kind of support for each other. It’s nothing but a beautiful thing,” he concluded.

Despite rumors that Emma Stone and Andrew Garlfied were perhaps rekindling their romance, Page Six confirmed in October 2017 that the actress had actually been dating someone else for several months: writer/director and all-around funnyman Dave McCary. While Stone’s close relationship with her ex might have caused problems had she met the wrong partner, McCary showcased a simple desire for his girlfriend to be happy and keep true to herself. And it’s this unwavering support that has been a key to the couple’s success.

As a source told People soon after the young couple got together, Stone and McCary made a great match because “Dave has this core of kindness and sweetness [and] he’s not someone who seeks the spotlight.” Noting that “he’s never wanted to be famous himself,” the insider added how “even in party situations, he’s low-key and doesn’t crave attention and is okay bouncing and doing something more chill.”

Two years later, little had changed. “[Emma] is professional in every way, very talented and focused on her work, and Dave respects that,” a source told People in December 2019. “He totally supports her, and is unselfish in his desire for her success […] She is impressed by his talent and respects him immensely,” they continued, saying, “Two highly successful people in the entertainment business don’t always give the other the space they need, but he encourages her, and she loves that.”

So who is Dave McCary?

You may not recognize Dave McCary’s name, but you’ll definitely know his work, especially if you’re a fan of Saturday Night Live. McCary, a San Diego native, joined SNL as a writer and segment director in 2013, per People. His work on the series snagged him three Emmy nominations for Outstanding Writing for a Variety Series in 2016, 2017, and 2018, and it also introduced him to his future wife.

McCary and Stone met in December 2016 when the Oscar-winning actress hosted SNL and starred in a sketch called “Wells for Boys,” which McCary directed. Jump to December 2019 and the pair celebrated another milestone at SNL HQ as they got engaged right inside the Saturday Night Live offices in New York City, according to Page Six. As a source told the outlet, “Dave proposed at the offices where they first met at 30 Rock. No one was there and by all accounts, it was very romantic.”

But McCary’s comedic roots run deeper than the infamous sketch show. While in college, he co-founded a comedy troupe called Good Neighbor with Kyle Mooney and Beck Bennett (both of whom went on to join the SNL cast) and Nick Rutherford. What’s more, he took his talents to the big screen in 2017, directing Brigsby Bear, a comedy starring none other than his BFF Kyle Mooney, and in 2019, he directed and executive-produced an HBO special called My Favorite Shapes by Julio Torres.

Like so many couples who were planning to get hitched in 2020, Emma Stone and Dave McCary were forced to postpone their March wedding due to the pandemic. But it seems they weren’t ready to completely call off their nuptials. In September 2020, the pair sparked speculation that they had secretly said “I do” when they were spotted wearing matching gold bands. Days later, a source confirmed to Page Six that they had indeed tied the knot. After that, they wasted no time growing their family and, in March 2021, they (secretly) welcomed a baby girl, according to People.

Stone had previously spoken about her desire to have kids in a 2018 interview with Elle and noted how the right timing was everything. “My perspective about kids has changed as I’ve gotten older,” she admitted, sharing, “I never babysat or anything. As a teenager, I was like, ‘I’m never getting married, I’m never having kids.’ And then I got older and I was like, ‘I really want to get married, I really want to have kids.’”

It seems the timing was finally right in 2020, so rather than waiting, she went for it. As a source told People, she and her hubby “both wanted a child” and “were ready for a family.” It proved to be the right decision as “having a baby has brought them closer in a way they never expected,” an insider told Us Weekly.

As for why they continue to be so darn secretive, People quoted a source explaining that Stone is “not the type to flaunt her personal life” and McCary “respects that about her and is the same way. They have a great life together and support each other.” And really, that’s all that matters. A truly successful relationship isn’t the one that looks perfect from the outside, it’s the one that fulfils you and which you can quietly cherish (and privately relish in), like the truly special thing it is.