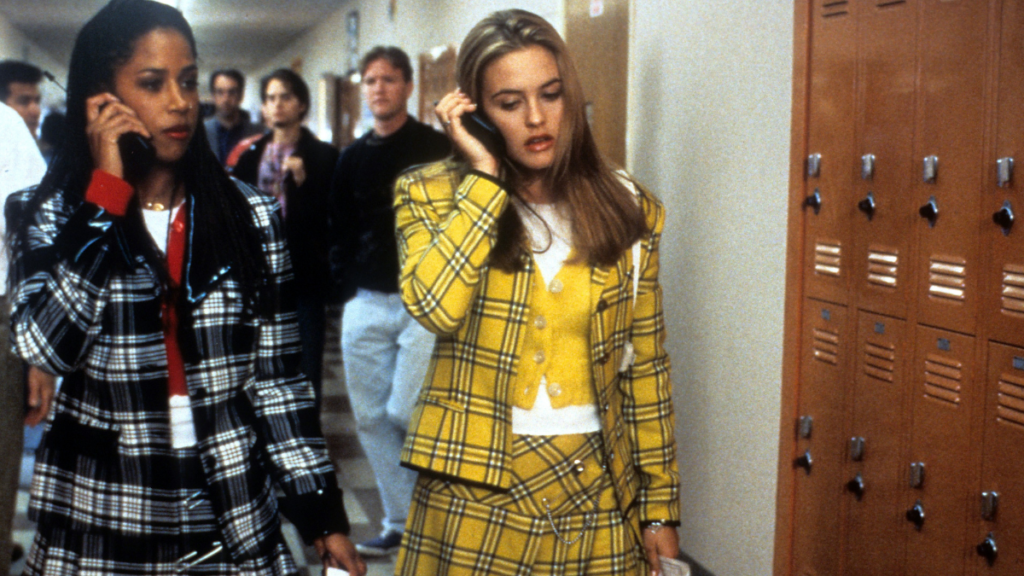 Do you ever watch 90’s movies, get blown away by a particular actor or actress, and wonder what became of them?

When Alicia Silverstone sashayed down the school halls in a sparkling yellow plaid outfit in Clueless, audiences knew. They thought they were seeing the genesis of America’s Next Sweetheart. She managed to stun the entire nation with her charming, thoughtful performance as Cher Horowitz, the ditzy but well-intentioned Valley Girl with the quirkiest catchphrases and the most captivating fashion style.

The role turned out to be such a breakout that Alicia went on to negotiate a multi-movie deal with Columbia Pictures valued at $8-10 million. She followed up Clueless with a string of well-received films in the 90s and 2000s, including Batman & Robin, Blast from the Past, and Scooby-Doo 2: Monsters Unleashed.

But as is the norm, the fame couldn’t hold, the public’s attention couldn’t hold, and so Alicia Silverstone, once heralded as a brilliant actress heading to the top, ‘disappeared’ before our very eyes. But is it really as simple as it seems?

Alicia “stopped loving acting” after getting body-shamed in her twenties

Alicia Silverstone jumped into the entertainment industry at a startlingly young age. She was 15 when she started filming her debut film The Crush and achieved international stardom through Clueless at 18—being thrust into the pinnacle of fame at such a formative stage of your life has its own consequences.

Alicia had to learn how to spend time away from her family, how to maneuver twisted misogynistic dynamics at film sets, and how to speak her truth when others were slighting her. In a 2020 Guardian interview, Alicia recalled that she felt “extremely isolated” in the first years of her career and didn’t have a lot of friends in the industry.  Yet, her public portrayal told a different story.

Fresh off of Clueless, Alicia was hailed as “the prettiest girl in town” by a Rolling Stone writer, someone “whom lots of men want to sleep with.” She was tirelessly sexualized by the mainstream media and objectified at every opportunity. How can a young girl cherish her blossoming career if she is dehumanized at every instance?

It’s the harsh reality of the industry that when women aren’t being commodified for the sex appeal, they’re probably being criticized for their ‘unattractiveness.’ By the time Alicia joined Batman & Robin in 1997, she’d been hurled to the other side of the pendulum and was facing a barrage of critical remarks about her body and apparent weight gain. Alicia knew even then that she didn’t deserve any of the judgment and that it was just a purely cruel thing to be putting someone else through.

They would make fun of my body when I was younger. It was hurtful but I knew they were wrong. I wasn’t confused […] I stopped loving acting for a very long time.

Alicia’s response to the continued disapproval wasn’t to concede to the demands; she realized that it’s better to take time off and focus on other interests than subject yourself to the pain and the shame. She told Vanity Fair in 2018 that she chose to say ‘Hell No!’ to the body-shaming and took a step back of her own volition. “I had no interest in being famous or maintaining any kind of fame,” she said.

The 44-year-old didn’t exactly retire, but she became more selective about her work. She just didn’t want to be in a toxic mind-frame moving forward. Upon her wedding to musician Christopher Jarecki on June 11, 2005, Alicia discovered her passion for activism, veganism, and theatre. She finally understood that acting wasn’t the be-all and end-all; there were far worthier areas in life that deserved her attention.

Over the years, the actress has undertaken several initiatives to raise awareness about animal cruelty and unhealthy agricultural practices. She works hard to live an eco-friendly lifestyle and is enthusiastic about her organic backyard garden. She’s even written two vegan cookbooks along the way, The Kind Diet and The Kind Mama. These things might seem a long way away from the glitz and glamor of Hollywood, but as long as they brought joy to Alicia’s life, the decision was 100% worth it.

Alicia eventually rediscovered her passion for acting, but through theatre. The Guardian article reveals that a role in the 2007 play Boston Marriage sparked a little something in her, and she decided that she would give acting another go after all. Yet, she didn’t want a Part 2 of the first ordeal; she tried to carve out a place in the industry on her own terms.

My body was just like, this is what I’m meant to do, I love it so much, I need to find a way to do both, to be able to be an actress and be an activist at the same time so that’s what I did.

Alicia continues to live out her dreams on stage, but she’s also found room for acting, activism, and sacred hobbies. Balance is the name of the game, and she knows all too well as a working mother how to make it work. Longtime fans of the actress will rest knowing that she has many projects in the works.

She had two releases in 2020, Bad Therapy and Sister of the Groom, one of which she executively produced. She has two more projects coming up in 2021 —SHTF and The Requin, not to mention her sweet, supporting turn as Elizabeth Thomas-Brewer on Netflix’s The Baby-Sitters Club. But it’s the theatre that drives her day in, day out. “I hope to be doing theatre until I’m dead,” she said.

Whether it’s theatre, film, or her garden, Alicia is finally able to take back control of her life and get away from the harmful narratives orchestrated about her. She discussed in the Guardian interview how she was forced to skip certain crucial steps in her development through her teenage years. So it’s only fitting that she has the chance to explore herself as an adult.

I think I probably missed some emotional steps that needed to happen in a normal situation of development. But I also jumped light years ahead in other ways. It’s sort of a combo platter. You gain some and you lose some.

Don’t be afraid to step back if you’re overwhelmed

Alicia’s topsy-turvy career isn’t what you expect from most actresses, but it once again showcases the misogynistic standards in Hollywood. Her early reputation was that of a ditzy blonde, a person of immense sex appeal, but the minute her appearance changed, she was labeled “Fatgirl” and driven out of the industry. It’s never too late to pursue your passions, but it’s key to remember that had Alicia been able to absorb her newfound fame at a slower pace, she wouldn’t have needed to step back.

We should follow her example and remember to take account of what we genuinely love doing. A career and a passion shouldn’t have to relate to one another; you can dutifully fulfill one while exploring the other. Stepping back from something doesn’t mean you’re weak, or you’ve been beaten down; it could be a simple decision you’re making for the sake of your well-being.