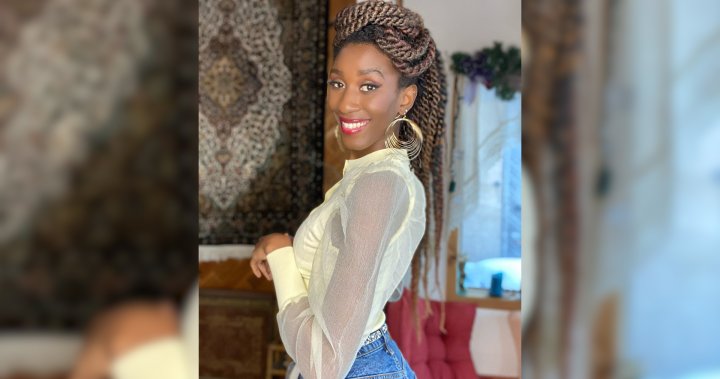 Addison Rae Easterling is a notable white TikToker with nearly 80 million followers, which has built her platform by participating in dance challenges and sharing short lip-sync videos, many of which include choreography created by Black TikTokers.

Over the past year, there have been calls of frustration from Black content creators, who say their work is being taken from them without credit or recognition, resulting in a loss of increased online visibility, collaborative opportunities and monetary gains.

The internet thrives on creativity, and social media has given creatives a platform to showcase their talents globally, whether it’s through curated content, live broadcasts or original creations.

These content creation pipelines, such as TikTok and YouTube, sometimes highlight a larger issue: Black content creators rarely reap the benefits of their labour and often have their work stolen by white creatives.

In May, Easterling was offered thousands of dollars by American rapper Lil Tecca’s team to perform a dance originally created by Black TikToker Sydnee McRae. Meanwhile, McRae — who has 1.1 million followers — was only offered US$700 from Universal Music Group to create and perform a dance challenge to the same rapper’s song.

Global News emailed McRae and Lil Tecca’s team and did not hear back by the publication of this article.

In late March, Easterling was invited to The Tonight Show Starring Jimmy Fallon to perform a number of TikTok dances in a compilation segment. Although Easterling didn’t say she created the dances she performed, many of those who watched the show pointed out that Easterling, Fallon and the Tonight Show producers failed to give credit to the original, lesser-known creators — a majority of whom are Black.

This is what white privilege looks like—Black creators innovate dances and do them amazingly but Addison Rae gets invited on Fallon to perform them in a ho-hum way. She’s not racist, Fallon’s not racist, but somehow the Black dancers are erased. Even though they dance better. https://t.co/svgBu5JDxz

Addison Rae’s Jimmy Fallon bit was painfully awkward and they didn’t credit the creators of the dances at all? Nor did she think to talk while dancing? She could’ve verbally credited the dance creators while dancing and that would’ve at least added SOME PERSONALITY

A week later following social media backlash, Fallon invited Black TikTokers to the show to discuss their journeys and perform their viral dances.

When asked by TMZ her thoughts on how the Jimmy Fallon incident was handled, Easterling said “they were all credited in the original Youtube posting but it’s kind of hard to credit during the show. But they all know that I love them so much.”

Easterling’s commercial success not only reportedly earned her more financial compensation as reported by Bloomberg.com, but her first-ever late-night show appearance, a Spotify-exclusive podcast and a record deal with independent label Sandlot Records.

“Being oppressed forces Black people to have a different lens and have an outside-the-box approach to creating. What would the world be without Black people in terms of culture, art and fashion? It all stems from the necessity to exist and prevail,” she said.

Black art is revolutionary and is born out of tragedy, triumphs, extraordinary accomplishments and the joys of everyday life. So when white artists attempt to mimic and perform an innate craft without a crucial connection to the culture, nor by understanding through context, the execution of said art falls short.

“White people are blinded by their privilege and are so curious of anything outside of their world,” Johnson says. “White creators are the moths attracted to the flame… because they can’t figure it out, they just take it.”

TikTok’s algorithms are accused of shadow banning creators of colour who use their platforms to address racial disparities and injustices under tags such as #BlackLivesMatter. According to Time Magazine, shadow banning disproportionately affects Black content creators compared to their white counterparts as they are the very people using social media to spread awareness on issues that largely affect their communities.

According to Digital Trends, shadow banning “refers to blocking or partially blocking a user or their content from a web forum so it’s not immediately apparent to the user that they have been banned.” Viewership is disrupted, causing less than average viewer counts, a drastic decrease in followers or complete removal of videos without consent.

Last year, Black creators voiced their frustrations with TikTok for allegedly suppressing their Black Lives Matter content during the height of George Floyd and Breonna Taylor protests — an accusation that TikTok U.S. has since addressed and shared steps to improve. (Global News also emailed TikTok Canada for comment, but did not hear back by the time of publication.)

In an article posted on the video app’s site, TikTok Canada expressed its solidarity by highlighting Black creators through the #MakeBlackHistory campaign, a commitment to donating to nonprofit organizations, working with CEE Center for Young Black Professionals and creating an incubator program to help Black creators thrive on the app.

Canadian TikToker Kissy Duerré was highlighted in the app’s #MakeBlackHistory as a Black TikTok trailblazer. To her, TikTok has made an effort to champion Black creators but is simply not doing enough.

“The truth is Black creators and people of colour carry the app. I have been shadow banned and reached out to the TikTok team. They explained that the algorithm is highly sensitive and anything deemed violent or inappropriate is censored or flagged, but that they were working on improving it. “

The Saskatchewan native also spoke about Netflix’s new series Hype House, a reality show set to follow a collective of well-known, mostly white TikTokers. She believes this was a wasted opportunity, as more of the cast members could’ve been Black creators instead.

“How are you really helping up-and-coming new Black creators when this kind of opportunity comes and the platform goes to already popular white creators?”

Duerré doesn’t feel there is a lack of Black creators on the app, but rather a failure to promote their accounts and content. “The Canadian TikTok team is still new and trying to find traction and mandate a Canadian space, but I’m hopeful they will get it right,” she says.

But, it doesn’t just happen on TikTok.

In 2017, Beauty YouTuber Chelsie Worthy went viral for creating “traptorials” — makeup tutorials lip-syncing to popular trap songs with editing to coincide with prominent breaks in the beats. Two years later, a white YouTuber who had a larger following, Manny MUA, created a make-up tutorial alleged by viewers of the video and Worthy as using her style without giving her credit.

Read more:
Black trans women need the space to be listened to, supported

Another popular beauty YouTuber, Patrick Starr, also failed to give Worthy ANY credit in his traptorial-style video. She alleges he also ripped off her approach.

In a tweet, Worthy says she feels these alleged ripoffs may cause her to lose out on future lucrative business opportunities — a possibility that Black content creators grapple with when speaking out on unfair treatment.

Similar to Fallon, once Manny and Patrick were called out, they later credited Worthy as the originator on their posts.

Not only do Black YouTubers have to defend their work, but they rarely reach comparable visibility, subscriber counts and in turn marketing ad dollars compared to white content creators.

YouTube Black and the #YoutubeBlack Voices Fund recognize the incredible contributions made by Black creators and have carved out a sector to acknowledge Black content and allocated funding to work towards equalizing the playing field for visibility and awarded successes thereafter.

The shortchanging of Black content creators is only one part of the discussion  — the other is the mental turmoil of routinely being overlooked, being an afterthought and/or being gaslit.

As a Black therapist, Amma Gyamfowa uses culturally specific methods in her practices and believes Black content creators should find ways to attend to their mental health above all else. Gyamfowa suggests “asking others in similar spaces how much they are getting paid, and recognizing when you have the capacity to speak on issues while knowing it’s also OK to pick your battles and opt out when you are not being heard.”

Art is expressive and for Black creators, art oftentimes speaks to the realities and dualities of being marginalized people, where being heard and seen is directly connected to mental and physical health.

Appropriating or stealing content from Black creators is not just performing a dance or trap-inspired make-up tutorial; it affects opportunities for growth and Black livelihood.

Veracia Ankrah is a music and pop culture writer and journalist who enjoys writing at the intersection of hip-hop and Black womanhood. Follow her on Twitter and Instagram.