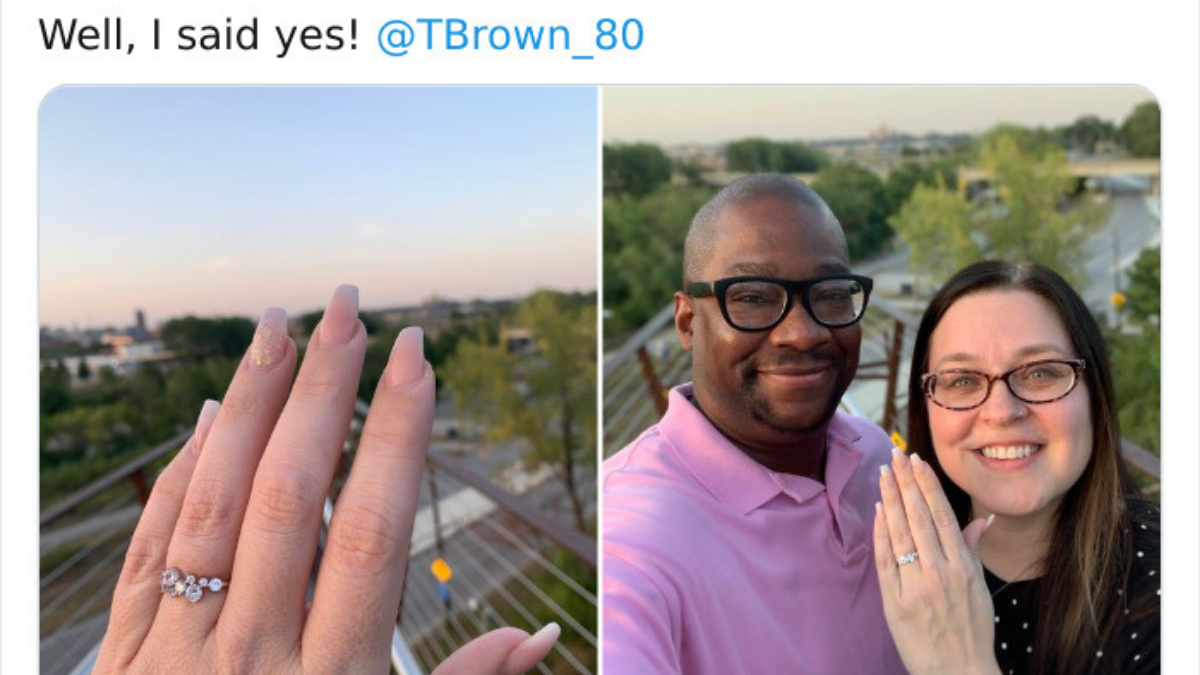 Love can appear in the strangest of places — yes, even on Twitter.

Where are all the single guys?

Twitter user @KatieKatCubs (Katie) was frustrated with her love life. So much so that she asked her male coworkers where to find single guys and they gave some pretty awful options.

Asked the married guys at work where to meet single guys. Here’s what they came up with
1. Strip club
2. Any bar, anywhere at 1:30am
🙄🙄🙄🙄

Still, they continued to chat back and forth. Terry suggested some other places where she may find single guys: the DMV, a Blockbuster Video (this was from 2017 but there were almost none left even back then), the gym, Hooters, and the frozen food aisle. He didn’t stop there, adding IKEA, the library, a museum, roller rink, and a shooting range. But still, Katie thought, “Twitter is the WORST place to meet a guy.”

But Terry was persistent.

“OK, I’m here to help,” he tweeted. “I’ve seen enough Lifetime/Hallmark movies to know what to do. Step 1. Are you a career woman?”

“lol I guess,” Katie responded. “I’m more of an awesome chick that likes sports, drinks beer, cusses a lot. I’m usually cast as the witty friend not the lead.”

The two continued back and forth as Terry genuinely listened to her troubles finding a guy.

Shortly thereafter, Terry slid into Katie’s DMs and told her he thinks she’s cool. Heartwarmingly, she thought he was cool, too.

Three years later, Terry posted to Twitter again. This time, he wasn’t responding to Katie’s pleas to meet a good single guy. Instead, it was to celebrate their engagement.

The post attracted more than 550,000 likes and over 4,000 comments, many of them offering congratulations and sharing their own heartwarming loves stories.

You never know when – or where – you’ll find love

While Twitter can be an ugly place filled with arguments and shaming, it can also apparently be a place to find the love of your life — who knew? Clearly, love comes at the strangest of times and in the strangest of places and it’s heartwarming to hear that Terry and Katie found each other through it all.

Like It Or Not This Is The Truth! (You Are Self Made) Motivational Speech
Woman Loses Engagement Ring In Homeless Man’s Change Cup – He Returns It
If You’ve Been Abused and You’ve Lost Your Joy and Sense of Self
Read This When You Feel Like God Is Far Away
After 22 Years, Man Marries The Woman He Thought He Had Lost Forever As A Teen