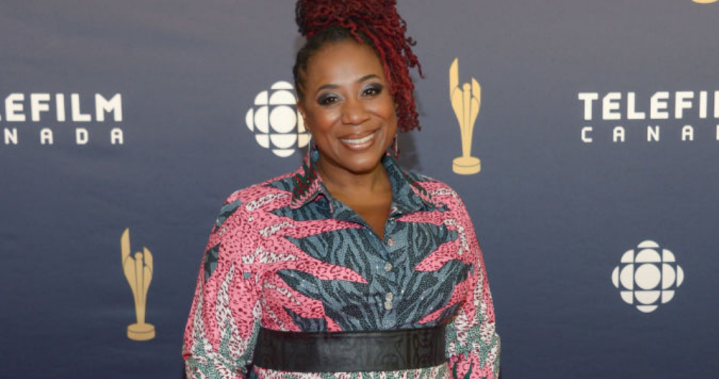 Trey Anthony, best known for her work in Da Kink in My Hair, is back with a new book, Black Girl In-Love (with Herself).

The book is both a memoir and a self-help book, giving a voice to Black women in particular, who face unique challenges in the world.

Anthony says the book began after she received a breakup text from her partner of four years.

The text left both her and her newborn son crying on the bathroom floor.

“I was devastated. I had a two-week-old baby that I just adopted and I didn’t see it coming.”

Anthony was initially going to write a book about her relationship and offer advice to readers.

But after her breakup, she quickly pivoted and decided to write a book about self-love and healing.

“All women need to know this because a lot of us ignore a lot of red (flags) just because we want to see #couplegoals under our Instagram picture,” she says.

Anthony adds that while she was grieving the demise of her relationship, her mom and sister urged her to be a “strong Black woman.”

“That was the trope that was played out,” she says, adding that a lot of Black women have a hard time being vulnerable and asking for help.

Anthony realized she also felt this way and never wanted people to know when her life was falling apart, she says.

5:16
What does self-care actually mean? Relationship expert breaks it down

What does self-care actually mean? Relationship expert breaks it down

“I really needed to just break myself wide open and say, ‘What used to serve you no longer serves you.’”

She adds that as a little girl, she was always considered the dependable one who always had her head on her shoulders.

“And at this point in time, I just wanted to fall apart and I didn’t see any safe spaces available,” she says, adding that she had to create that space for herself.

In Black Girl In-Love (with Herself), Anthony also discusses the importance of setting boundaries within relationships.

She says boundaries are especially important for people with type-A personalities who are used to getting things done and being the person everyone relies on.

“You have to realize that literally it’s killing — especially Black women — with hypertension, blood pressure, stress (and) suicide,” she says.

“It’s because we are doing so much and also dealing with daily microaggressions.”

Watch Anthony’s full interview with ‘The Morning Show’ above.