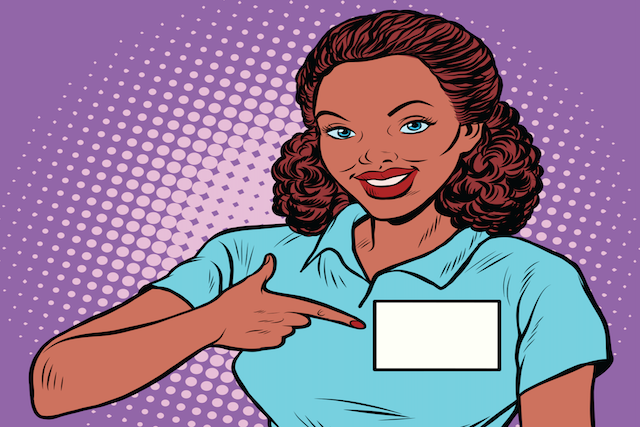 “Authenticity is a collection of choices that we have to make every day. It’s about the choice to show up and be real. The choice to be honest. The choice to let our true selves be seen.” ~Brene Brown

“What do you want to be when you grow up?”

These are the questions we are asked our entire life. When we’re children, everyone always asks about the future. They excitedly ask, “What will you do?” The subtext of this questions is:

Being asked those questions all the time as children turned us into the adults that ask them. We are in the same cycle and do not seem to know to ask instead, “Who are you?”

For a long time, my focus and self-identity was tied up in what I did. I would tell people, “I am a filmmaker.” When I was young, I knew I wanted to make films. I loved to tell stories. “I want to be a movie director!”

When I grew up and actually got jobs in Hollywood, I realized that most people are not movie directors. Most people are not even filmmakers. They work in film. It takes many people to make one, but only a handful of people get any recognition or able to consider themselves filmmakers.

“What do you do?” people would ask. I would struggle to figure out how to explain that I was a production assistant who worked on films. I was basically a glorified secretary, a personal assistant. But I was not a filmmaker.

I worked on other filmmaker’s films. I personally had not made any art or films for over six years. I was so busy and tired of trying to work in the industry I wanted to work in that I forgot about myself.

When I could no longer define myself as a filmmaker, I became disillusioned. If I wasn’t one, then what was I? People always got excited when I said I worked on movies. Their eyes would light up, and they would pester me with questions about the famous people I knew or inside secrets.

They never wanted to know how much sleep I missed or how many friends and family events I sacrificed for the bragging rights of Hollywood. They didn’t want to know what excited me about life or who I was. They only wanted to know “what I did.”

This discontentment grew. I became angrier and angrier at the film industry as a whole. I felt used. Worthless. The world was nothing but egos and money. I would never be them unless I sold myself and played their game.

I wasn’t willing to play the game, find the back doors, penny pinch, or be downright cruel. I was beginning to see that the industry was soulless. The art and stories were being dictated by companies that wanted to earn as much as possible.

The stories were not chosen for their value and need in the world, but by which would make the most money. They profited on these stories and off the handwork and sacrifices of the below-the-line workers that were seen as disposable.

Celebrities made millions, and I made minimum wage, but I didn’t have the luxury of a free jet ride back home and an apartment for my girlfriend. I was reprimanded for refusing to work on a Saturday after only five hours off.

Slowly, I began to question if this was who I was. If this “works in the film industry” was really. me. And I felt guilty! I felt like I was being ungrateful. I was working on big movies! How could I not be happy? I had “made it.”

I could only go up from here. I could get to be the next Stephen Spielberg, the next Tarantino, the next Lucas? Then I worked for one of these types of famous guys. He was just a human. He wasn’t the god I held him up to be. He was flawed.

Sure, he got the adrenaline rush of making art, but at my expense. I was lucky to have my name in the credits. I wasn’t part of the golden ones, the actors and producers who were the “real” movie.

If I didn’t want to play the “Hollywood” game I could go independent. But I felt guilty that I called myself a filmmaker when I hadn’t made a film in years! I didn’t even have any desire to even come up with one.

I had friends who were making films on the weekends. They dedicated every free second to it. All I did was sleep. Then drag myself for dinner or a date and pretend I had a social life before I had to be back at work. I felt guilty and afraid that if left the industry I would be seen as a failure.

I was afraid that I would be seen as weak or people would think that I couldn’t hack it. The more angst I felt, the more I turned to my unhelpful habit of Googling advice.  There is nothing helpful about hours of reddit and self-help blogs. They are all contradictory.

This Googling, however, led to some articles with actual facts. This is when I started to read about Americans’ tendency to identify with our jobs. Our self-worth and identity are wrapped up in what we do.

I started the long, tedious process of separating myself, the me, from the filmmaker and the woman who worked in film. I realized that I was uncomfortable calling myself a filmmaker because I wasn’t one.

I struggled to define my title to other because I didn’t really believe that it was who I was. I am a woman who enjoys movies and stories. More importantly, I am energized by stories.

Filmmaking was just a job. The intense zealotry aspect of the film industry had always sat wrong with me. Now I know why. I am not a job. I am more than the work I do.

Through this process I came to slowly accept that I wasn’t happy with the work I was doing. There was a disconnect between it and the way I saw myself in life. I needed to walk away for a bit and allow myself to heal from the harm I and the toxic industry had infected upon my soul.

It is not just the film industry that is toxic. American work culture is. We have created an environment where work has to be our passion. Confucius said, “Choose a job you love, and you’ll never have to work a day in your life.” I disagree. Work is work.

You might enjoy it, but as long as you are giving your time for money you are participating in a business transaction, and it is work. Just accept it as work and accept that you can be a whole person outside of your job. Your job is only a small sliver of the much larger person.

Our work culture throws around the phrase “We are like a family.” It is encouraged and suggested that your team members and colleagues are family. They aren’t.

You can get along with them, be friends with them, but by labeling them as family there is a pressure to feel loyal and not let them down. Our alliances are manipulated to be given first and foremost to work. Any time spend doing something for yourself or your actual family is seen as selfish.

A year after my last film job I still struggle to see myself outside these identities. I am now enrolled in grad school and I want to label myself as a student. But I am not. I am Dia. I study mythology.

Sometimes I am a storyteller, but that title does not and cannot encompass the whole and vastness that I am as a person.

Identifying ourselves by our work is like trying to fill a mug with the ocean. At some point the ocean will overpower the mug, and we will be left wet and feeling bad about ourselves.

The next time you are at a party, after the pandemic, and you meet someone new, maybe don’t ask, “What do you do?” Instead ask, “Who are you?” Create the space to meet the real, whole person; the person who is vast, deep, and full of wonder for the world.

Dia Griffiths grew up in the mountains of West Virginia. To this day, even though she lives in Brooklyn with her cat Coco, Dia is inspired by the hollows of the forests. She loves stories and mythology and finds power in them. Dia is currently in enrolled at Pacifica Graduate Institute to study mythology. Dia is working at creating spaces and communities for people to connect, heal and authentically be through storytelling.