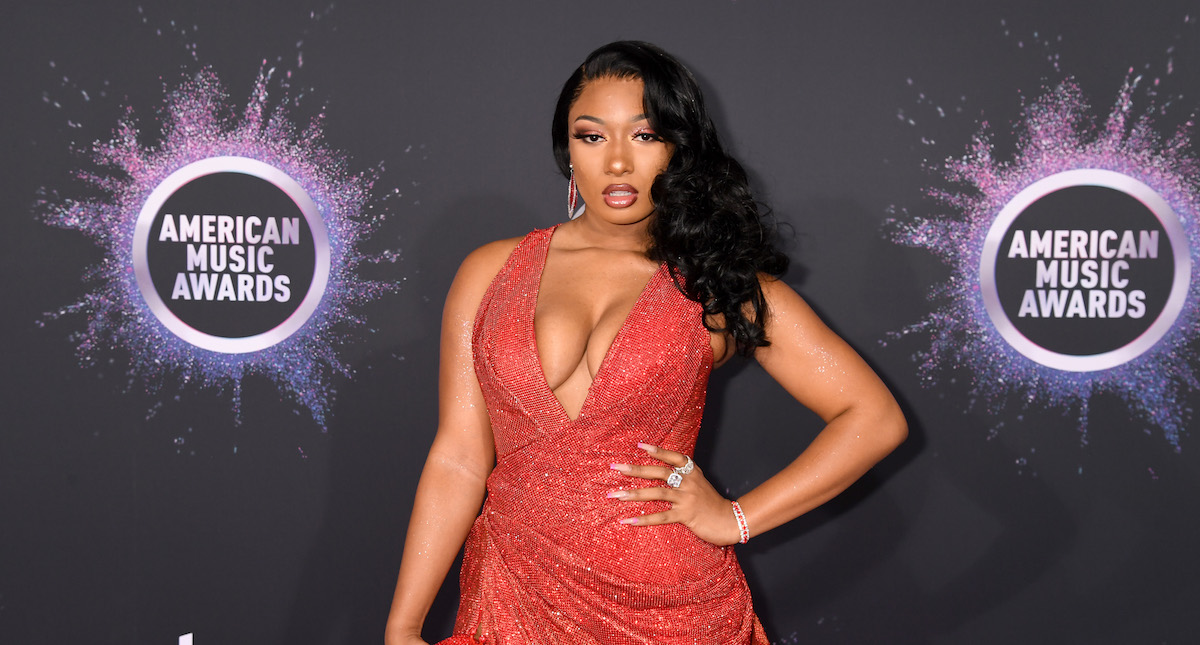 It’s safe to say that 2020 has been the year of Megan Thee Stallion. The rapper has enjoyed some soaring highs but was also unfortunate to be caught up in some devastating lows. But through these tumultuous and extreme ups and downs, she’s been able to find her voice and use it to tremendous effect, therefore becoming a role model for women everywhere.

Her success becomes all the sweeter once you take account of all the obstacles she’s overcome on her way to the very top. The Houston-born rapper, like many other performers these days, found initial fame on SoundCloud, where she impressed her listeners with her impassioned, roaring rhymes. Megan then introduced a viral trend through her feature “Hot Girl Summer,” after which she basically became the Queen of TikTok.

The past year saw her reach Billboard’s No. 1 through her collaborations with both Beyonce and Cardi B. Even that wasn’t enough, she has her own album set for release this month, capping off an impressive year. But as an artist becomes more and more well-known, controversies begin to follow.

However, Megan has approached these controversies with dignity, honesty, and compassion — qualities we can all try to emulate in our personal lives. This is why it’s worth taking a deeper look at Megan’s evolution and find out how she’s built the strength to challenge everything head-on.

Megan suffered “gunshot wounds” and was pulled over by police

An incident involving Megan and Canadian rapper Tory Lanez seemed to incite quite the controversy this summer. While the details of what had occurred in the car are murky and unauthenticated, Megan is standing up for what she believes is the truth.

Megan, Tory, and two other friends of theirs were leaving Kylie Jenner’s party this July when they were stopped by the police. A vehicle search led to the recovery of a gun, and Tory was arrested on gun charges. Video of the scene showed that Megan had suffered some sort of an injury in her foot, though most people at the time assumed it was a result of broken glass.

However, Megan took to Twitter to clarify what had happened; she revealed that she had been shot by someone and was subsequently treated for “gunshot wounds.” Moreover, this wasn’t an accident, she said. Someone had deliberately tried to injure her. She said on Instagram:

On Sunday morning, I suffered gunshot wounds, as a result of a crime that was committed against me and done with the intention to physically harm me.

Meghan didn’t elaborate any further, though she did describe the situation as a “blessing in disguise,” and that she hated that it took this gunshot wound to help her protect her energy. She failed to name the individual who had shot her, even though most people speculated that it was Tory Lanez’s doing.

In the weeks since her initial post, Megan said in an Instagram Live that Tory Lanez was indeed the person who had shot her. She said that the four of them were arguing in the vehicle and so Megan decided to get out of the car and walk off. But Tory reportedly lashed out and shot her in the foot.

Tory, on the other hand, completely denied shooting Megan, paving the way for a classic “he said she said” scenario that almost always disadvantages the girl. Then came the smear campaign — Megan’s team said that fake text messages and email accounts were launched to discredit her. Plus, the social media accounts also attacked Megan for allegedly making up a story and trying to frame Tory Lanez. Suddenly, Megan was depicted not as a victim or a survivor; she was portrayed as the villain of the story for no reason.

Not only does this reinforce an age-old practice of not believing Black women when they’re speaking their truth but it also sheds light on the choices Black women have to make to preserve peace and calm. Megan explained in her Instagram live that she chose not to tell the police that night that Tory had shot her. Her reason was that she didn’t want to further escalate the situation, especially in light of the police brutality protests that had swept the country in June. She said:

I didn’t tell the police nothing because I didn’t want us to get in no more trouble […] The police come, I’m scared — the police [have been] killing Black people for no reason. They were really aggressive — you think I’m about to tell the police that we got a gun in the car? […] If you wanna tell the truth, I saved [Tory].

Megan’s strength and advocacy stems from a familiar place

In the wake of the shooting, Megan has become a steadfast advocate for Black women and has highlighted the institutions and structures in society that continue to dismiss, objectify, degrade, and manipulate Black women. But her fight comes from familiar figures who raised her: her mother and her grandmother.

Megan’s mother Holly Thomas unfortunately passed away in March 2019, just as her daughter’s career was taking off. Though she was a bill collector by occupation, she also found time to be a rapper on the side, inspiring Megan to take the mantle and find her own voice through rap.

But it’s through her mother’s lessons of strength, work ethic, and fierceness that Megan has become the woman she is today. Because her mother and grandmother wanted her to pursue education, Megan is still a student at university, studying health administration. She intends to finish her degree in order to fulfill her mother’s dreams.  As Megan put it herself, Holly was “the best mom in the whole world, the strongest woman on the planet.”

And the buck doesn’t stop with her. Megan wrote an op-ed on the New York Times this year after being shot by Tory. Though she didn’t discuss the incident at length, she did refer to how it constituted as another case in which a Black woman was wronged and treated poorly.

“My initial silence about what happened was out of fear for myself and my friends. Even as a victim, I have been met with skepticism and judgment.  […] it’s ridiculous that some people think the simple phrase ‘Protect Black women’ is controversial,” she said.

We deserve to be protected as human beings. And we are entitled to our anger about a laundry list of mistreatment and neglect that we suffer.

No one can take your voice away from you

Megan’s journey over the course of a year or two tells us that there is no force in the world that can take your voice away if you choose to believe in it. It’s your voice and it’s your truth to tell, so what’s more important more than anything is that you are able to wield it however you like. Megan’s show of strength and honesty in the face of all the adversity in her life demonstrates that we as a society need to value Black women more and prioritize their stories.

It’s also a lesson to all women about how you should never underestimate yourself — you have more power than you think, and your story will be heard, just as long as you continue to have faith and just as long as you continue to share it. It doesn’t have to be a process of blaming and shaming the other person who wronged you — it’s just about letting the truth out and letting people absorb it however they like.