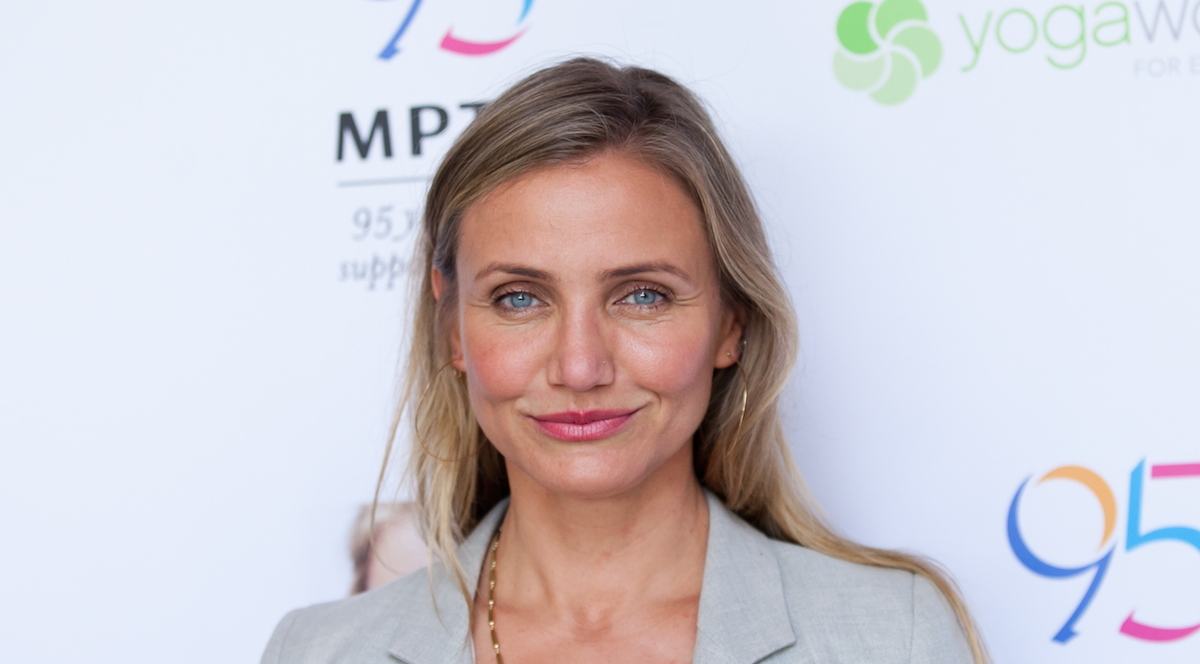 It’s always a strange situation when an actor or actress “retires.” You might not see them in movies, television, or music anymore but they’re still part of the public eye. Paparazzi still follow their movements, their social media platforms still continue to rack up millions of views, and their actions still face public scrutiny. Once a celebrity, always a celebrity.

Cameron Diaz, once labeled as America’s Sweetheart, is one of only a small group of performers who willingly chose to retire from the entertainment industry.  Since retiring, the former actress has been focused on marriage, motherhood, entrepreneurial projects, and most importantly, herself.

As someone who said that she didn’t think she would ever get married or start a family, things picked up quite quickly for Cameron, post-retirement. She married musician Benji Madden on January 5, 2015, and then the two welcomed their first daughter, Raddix, by surrogacy on December 30, 2019.

Cameron was 47 when she became a mother, placing her in a unique spot to share some truly valuable lessons on motherhood. A lot of women give up on the notion of motherhood or family after they reach a certain age, but Cameron’s persistence and change in outlook prove that it’s never too late to build the life you want to build.

At forty-one, Cameron proclaimed in an Esquire profile that motherhood never appealed to her. Yes, she was rich, beautiful, and well-adjusted, but that didn’t necessarily mean the next step to fulfillment was motherhood. At the time, her opinion was that it wouldn’t make her life any easier and that it was a lot of work that she didn’t want to take on. She added:

It’s so much more work to have children. To have lives besides your own that you are responsible for […] I like protecting people, but I was never drawn to being a mother.

It’s worth noting that Cameron has always been appreciative of the aging process. She wholeheartedly believes that with age comes self-confidence and knowledge about one’s true aspirations and passions. Therefore, she realized over time that she, in fact, did want a family. Some people change their minds, some people don’t. At the end of the day, it’s an accomplishment, in either case, to get away from uncertainty and make up your mind about something, whether it’s family, marriage, or a career.

She calls the “most gratifying moment” in her life

In an interview with Naomi Campbell, Cameron discussed her experience of being a new mom. What’s different for her is that she’s undertaken the challenge at a later age, and she knows that there are key differences in how you approach it as an older mom vs how you would tackle it as a young person.

In addition to calling it the most “gratifying moment” in her life, Cameron described older motherhood as a “real choice,” as something that you can only embark on with intention. She said:

Cameron said that when young people take on parenthood, they don’t often take the time to contemplate its significance. Many times they go through the motions without putting too much thought into it; they tend to perceive it like any other chore in life. Sometimes, they’re a little impulsive about it.

Women, in particular, are expected to go through motherhood sooner than later and are conditioned to believe that their lives won’t be complete without a child or two in the mix. So rash decisions come into play, decisions that leave both the child and the mother unsatisfied or confused.

But the dynamics evolve as you age. A considerable amount of stigma surrounds older mothers; they are often judged, pitched, or even shamed for their choice.  But people disregard the fact that you know yourself so much better when you’re older. This little bit of self wisdom doesn’t only improve your chances of being a better parent; it gives you the confidence to make big decisions, such as the one Cameron made in her late forties.

Cameron also revealed in the interview that though she had decided to retire from the industry earlier, she’s leaving the door open for future opportunities. But there’s no pressure for it. With her being a new mom at 47, she still wants to continue focusing on her domestic life.

There’s no part of me that’s like ‘Oh I have to get in front of the camera.’ That’s not to say I won’t someday, but I feel really resolved with where I am.

Cameron lives her life knowing that she’s in control of her decisions and that intention is everything. She said she’s journeying through the “third phase” in her life, and she is not about regretting any of her decisions. She knows that a “lot of people do it the other way around,” but her unconventional choices have no bearing on her ability to be a fantastic mother to baby Raddix.

This is age-old advice but yet enough people never seem to take it genuinely. Too often, people get bogged down by regrets, by “what ifs”, by imagined scenarios of what they neglected or disregarded when they were younger. But what you have to understand is that it’s honestly never too late to pursue your dreams or aspirations. Cameron’s dreams and aspirations may have been one thing when she was younger and turned into another thing as she got older. But she never let her age be a deterrent to those passions.

If you sincerely want something at any given point in your life, you should know that there are ways you can achieve it. Some ways are far more difficult than others, but it’s the challenging journey to achieve those dreams that will reinforce how much you truly want it. Motherhood is as a valid passion as any: if it’s what drives you in life, then you can’t make any excuses.