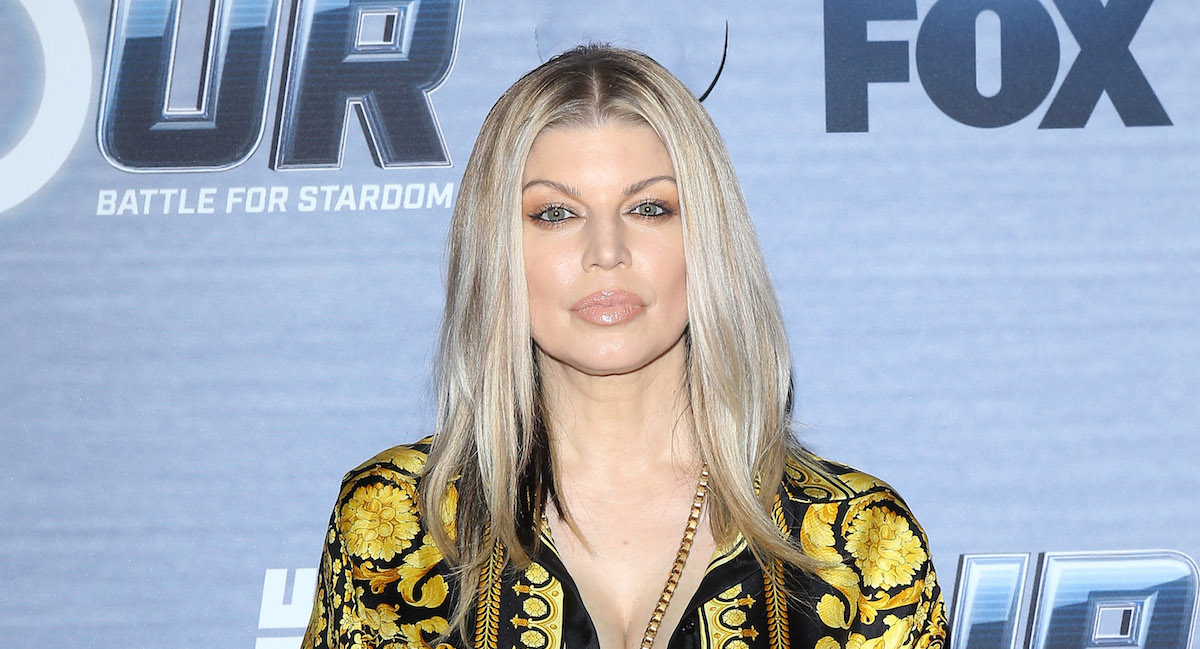 If you’ve been wondering what Fergie has been up to lately, you’re probably not alone. In the fast and intense world of Hollywood, it’s not unusual for celebrities to slip in and out of the public’s radar. One minute they’re soaring and grabbing everyone’s attention, and the next minute they’ve quietly stepped out of the spotlight and living their lives away from everyone’s gaze.

Fergie’s professional and personal life has taken quite a few twists and turns in the last few years. She’s had some real lows, some highs, and a lot of in-between moments — much like anyone else on the planet. Many also started assuming that Fergie was effectively “ousted” from Hollywood following her much-criticized performance at the NBA All-Stars game.

At the end of the day, it’s impossible to confirm the details of Fergie’s professional life; we can only speculate, which has its limits. Yet the narrative of Fergie being a washed-up, old, divorcée just aching for a career resurgence is unequivocally unfair on the woman. As a valued member of the Black Eyed Peas and as one of the brightest performers of the aughts, Fergie has shown time and again that she’s not one to stay down for too long.

Her inspiring life behind the scenes should drive us to focus on our wellbeing and nurture positive relationships in our lives.

A divorce and a disastrous performance nearly broke Fergie

Fergie was subject to two back-to-back catastrophes in her life a couple of years back. In September 2019, The Duchess singer announced that she had separated from her husband of eight years, Josh Duhamel. The two had been together since 2004 and even have a son named Axl. The whole ordeal absolutely devastated the singer and left her heartbroken. It’s rumored that Josh is the one who initiated the divorce and Fergie tried to keep it from happening for as long as she could. It’s been cited that lifestyle differences also played a part in the breakup. On the divorce, Fergie said:

It wasn’t my plan. I wanted to stay married forever. I love Josh, he’s the father of my child.

Just a couple of months later, Fergie sang the U.S. National Anthem in the 2018 NBA All-Stars Game. There’s a lot of expectation when stars take on the national anthem; it can really make or break a career. Unfortunately, Fergie’s slow-paced, Jazz-infused rendition seemed to miss to mark and she was criticized by nearly all across the board.

Many were predicting that Fergie’s career would never recover and that she had brought shame to the country. Whether or not that’s true remains to be seen but the response was so harsh that Fergie was forced to comment on the anthem. She said:

I’m a risk taker artistically, but clearly this rendition didn’t strike the intended tone. I love this country and honestly tried my best.

Since then, Fergie’s career has been quiet and her public appearances have slowed down massively. It’s hard to say whether it was a result of her performance but this didn’t stop the public from assuming that the national anthem destroyed her career. Meanwhile, Black Eyed Peas launched their new album and tour without her, and Josh Duhamel became romantically linked to a bunch of new women.

Yet Fergie and Josh still remain the best of friends

Regardless of what went down between the two of them, Josh and Fergie have maintained positive relations and they continue to be super parents to their son Axl. Josh even came to Fergie’s defense after her critically-panned performance. He went on The Ellen Degeneres Show and spoke about Fergie’s rendition, saying:

I think that she would probably admit that it was not her best work. But the girl’s crazy talented, she really is. And she’s an amazing woman, an amazing human being […]  Trust me, she’s fine. She is about as resilient as they come.

Josh has constantly shown that he and Fergie have been able to get over the pains of their divorce. He went on the record and said that Fergie is a “great mother,” that she’s in fact more “evolved” and “patient” than he is.  Everybody expects Hollywood exes to hate each other or at the minimum, be uncomfortable with each other’s presence. But the two have been really mature about how they parent their child and how they help each other out as parents. Josh also said:

It’s going really well. All we want is the best for our son, so it’s a bit of a juggling act but we’re both grown ups who can handle a lot. And he’s happy. That’s the main thing.

Fergie has echoed his sentiments and said that they’re still a “family,” which means they “love each other” as any other family. She also said:

I have a good co-parenting partner, so we work it out.

There’s nothing that suggests that Fergie’s current arrangement with Josh isn’t working out. The “Fergalicious” singer is just out there living her life to the fullest and she doesn’t need validation from the media or public. In recent months, there hasn’t been a hint of an upcoming project but that doesn’t mean that Fergie is sad or she’s been exiled from the industry.

Staying out of the spotlight could very well be a personal choice for her and she’s just focusing on speaking up about issues that matter to her and dedicating her energies to friends and family. Many forget but Fergie has had a rough beginning. She will be the first one to discuss the issues she’s had with substance abuse and drug addiction. Before she surfaced into the public eye as part of the Black Eyed Peas, she was a heavy user of methamphetamine.

I was hallucinating on a daily basis. It took a year after getting off that drug for the chemicals in my brain to settle so that I stopped seeing things. I’d just be sitting there, seeing a random bee or bunny.

She added that she’d regularly be paranoid, imagining that the CIA or the FBI were looking for her in the streets, waiting to arrest her. As a result, the singer had to try out tons of measures to overcome her challenges and find a way back to reality. She claimed hypnotherapy was something that helped clear her head and find some internal solutions. Her faith also catapulted her out of the state and into the right frame of mind.

Though her battles with drug addiction are in the past, Fergie knows all too well about valuing privacy, stability, and mental health. The fact that she has the time to truly achieve those things and also savor them to her heart’s content would mean a whole lot more than any other album or magazine cover. Despite all the horrors that have taken place in her life, her private life is in good shape, she has built hopeful relationships with her family members, and she has total control over her career.

The most significant takeaway from Fergie’s career is that success cannot be measured by appearances. Fergie practically became a household name in the 2000s but just because she’s slowed down recently doesn’t mean she’s any less happy or successful. She’s not letting assumptions hold her back and she’s continuing to live her life with love, freedom, and passion. It’s also worth keeping in mind that she’s had a troublesome relationship with fame in the past, so to be in an environment where she can just prioritize her life and her mental health is crucial.

Fergie’s life may be a lot more different than yours but you’ve got to believe that your struggles are just as valid — you might be suffering from similar assumptions about your career and your personal life. But the only person you need to care about pleasing is yourself; the rest will follow in your footsteps. Being able to cultivate positive connections with your loved ones without others judging you can be far more liberating than documenting your entire life on social media or other platforms. At the end of the day, your choices make up your life — not external assumptions.