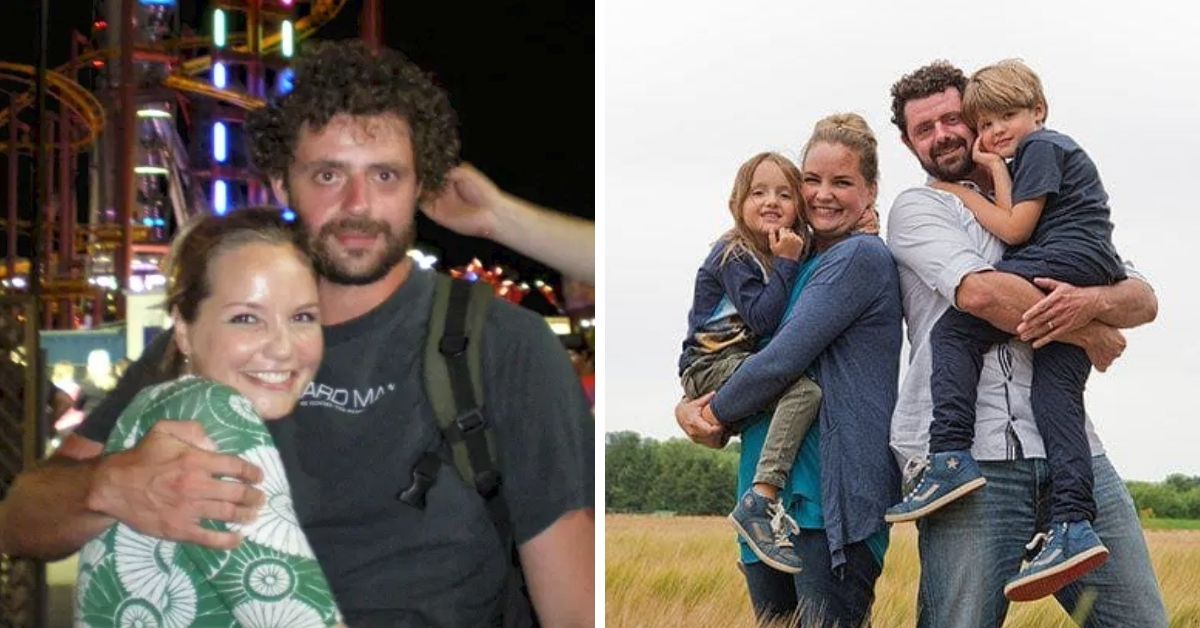 There are countless songs, books and movies that reminds us of the reality that sometimes, we can’t control with whom we fall in love. No one knows that better than Emmy Abrahamson, a Swedish actress who fell in love with the least likely person anyone would expect her to

Emmy was at the top of her acting career. She was successful and well-educated. Her father was a foreign affair journalist, which meant that growing up, she travelled a lot. As a consequence, Emmy speaks 5 languages.

Vic Kocula was everything she wasn’t. After moving from Canada to Europe, he survived on the money he had until he ran out. Eventually, he was homeless, and as a result of his living conditions, he looked unkempt with dirty fingernails and old, ragged clothes. As a result, he also sank into alcoholism and drug abuse.

“The wheels fell off and the alcoholism kicked in heavy. It was such a gradual turn that suddenly one day I realized, ‘Oh my god, I’m a homeless alcoholic,’” Vic said.

When the two met, they seemed to be polar opposites. But, somehow, they turned out to be a perfect fit for each other.

Emmy and Vic met at a park bench

One day, 14 years ago, as Emmy was waiting in an Amsterdam park for a meeting with a film director. Everything changed when Vic spotted her.

There was this beautiful woman sitting there by herself and she looked super-content, with a smile on her face. I just had to go and talk to her.

Vic Kocula in The Sun

At the time 25, Vic admits he was not much of a catch. He was fully aware of his unkempt appearance but that didn’t stop him from saying hello.

“When you’re homeless, your feet get minging. You’re not washing your socks and you sleep in a park with wet shoes constantly on your feet,” Vic shared in The Sun.

He sat down next to Emmy and asked the most mundane question: What’s the time?

Their chat only lasted about 10 minutes but the 6 ft 6 in Vic captivated her. He made her laugh so much and she was charmed by his “beautiful brown eyes.”

So when Vic asked her to meet him again on the same bench, 6 days later, Emmy agreed.

On the one hand, I was put off by his disheveled appearance. But there was something about him that was so intriguing that I wanted to meet him again.

She tried to fight her feelings

To prepare for the date, Vic sold some drugs in order to buy foot cream so his feet wouldn’t smell as bad. As a result, he was 20 minutes late for their date. He turned up riding a a child’s bike, which still wasn’t enough to deter Emmy, who had just come out of a 4-year relationship.

I was really trying to fight it but I was very attracted to him.

For six hours Emmy and Vic toured Amsterdam. They shared a picnic and even had their first kiss.

During our time together I realized Vic was simply the funniest, happiest and most optimistic person I had ever met. He had a lust for life that was mesmerizing and contagious.

After that, the two went on 3 more dates. And then Emmy went back home to Vienna, doubting they would keep in touch. She left him her phone number, but since Vic did not own one, she didn’t think she would get a call.

On her 30th birthday, Vic called her

Three weeks later, Vic called her on her 30th birthday. He told her he had earned enough money doing odd jobs to get on a train and visit her. They reunited again, and got married at Vienna’s grand Belvedere palace two years later.

And Vic straightened himself out. He went to university, studied for 5 years and became a mechanical engineer. He also learned Swedish. Today, he can support his wife and two children.

Emmy gave up acting but she is now a successful young adult fiction author. She also wrote about her own incredible love story, a novel titled “How To Fall In Love With A Man Who Lives In A Bush.”

I fell in love with a man who lived in a bush. A man with no income, or career prospects — or shoes.

But Emmy’s love for Vic was not accepted by everyone around her. “I lost two of my oldest friends because they couldn’t accept him. It pains me to this day,” she said.

Funnily enough, Emmy’s parents had no idea that Vic was homeless until they read her novel. However, before they met him, they were highly wary of the new man in their daughter’s life.

“My dad thought he was going to kill me. Mum thought he’d steal my TV.”

However, once they met him, they instantly approved of him.

Vic knows how lucky he was that he met Emmy.  “I don’t know if I would’ve got to the point where I couldn’t get out. Shame and guilt come into play. I know people who lost years and couldn’t go home.”

However, Emmy believes she was just as lucky.

Some people see me as having ‘saved’ Vic but I think it’s the other way round. He showed me you don’t need much to be content. And he makes me laugh every day.

“I don’t think they grasp the social aspects of it. They just think it’s funny I lived in a bush,” Vic revealed.

Vic and Emmy’s story is highly unusual but also speaks to the beauty of trusting your instincts and give yourself a chance to explore something that may make you happy.