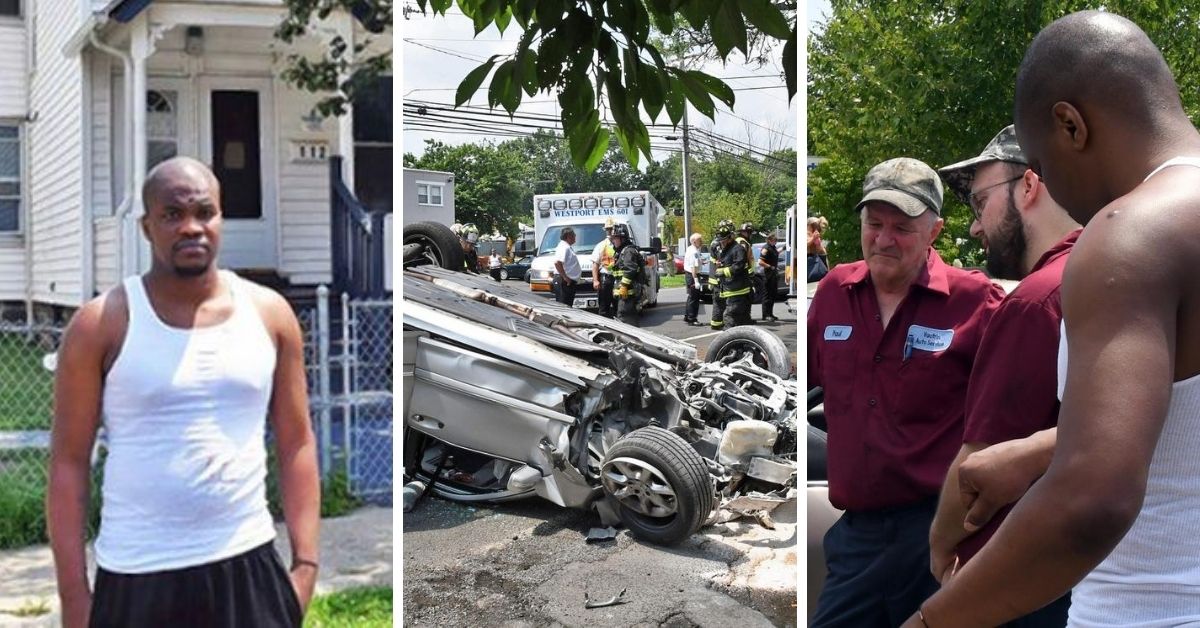 Aaron Tucker had had a tough run – but things were finally turning around. He had just been released from prison the week before, and had a job interview lined up. But en route to that interview, he came upon the scene of a car crash – and gave up what could have been a rare opportunity for himself, to save a life.

He didn’t even think twice

When Tucker saw the car crash, he jumped off the city bus he was taking to his interview, and ran to help the victim. Tucker had been headed to Dinosaur Bar-B-Que, a local restaurant for his interview.

I got up around 5 o’clock in the morning because I was so excited for the interview.

As soon as he saw a car that had crashed into a tree and flipped over, Tucker knew he had to help out. “I looked up and saw a car flipped over right in front of the bus, so I ran to try to jump out of the bus,” Tucker told the Daily News.

The bus driver didn’t want to wait for him

He also knew the bus would leave without him if he got off to help, but that didn’t stop him from doing the right thing.

I said I was going to help him, and asked the driver if he was going to wait for me and he said, ‘no, I am going to leave you.’

“I saw a lot of smoke coming from the car and I just jumped off the bus and ran to the car,” he said. He then kept the bleeding driver calm and covered the man’s head wound with the shirt off his back as workers put out the fire.

The victim kept shutting his eyes but Tucker made sure he stayed awake.

“Your family wants to see you. Keep your eyes open,” Mr Tucker reportedly kept saying to the driver, with whom he stayed until an ambulance came.

I just wanted to make sure he was all right, and that’s what I did.

He didn’t even think about his interview

Despite the fact that he desperately needed a job, Tucker said the interview was the last thing in his mind, as he jumped to the man’s rescue.

It didn’t go through my head, because a job can come and go, but a life is only one time. The only thing running through my head is that person in the car could pass away and I could help him.

As he had just gotten out of prison, this job was very important to Tucker’s transition back into society. He also needed to support his 21-months-old son. But he also knew that a job could come and go but there’s no replacing human life.

And in a plot twist, Tucker got job offers

Tucker, who lived in a halfway house, had under $2 in his pocket, but after hearing his story, community members rushed to help him as well as his nearly two-year-old son who lived with his mother.

A crowdfunding page has raised over $50,000 in just a few days since the accident. Even better, he received job offers after the word spread out about his heroism. His amazing gesture has earned him three offers for jobs in construction and at a rubber factory.

I just want everybody to know it’s not about what people could do for me. It’s just about me saving his life.

His wish was to get his son to live with him. “I know that if I continue to work I am going to get a job because I am not going to go without supporting my son and raising my son to be happy.”