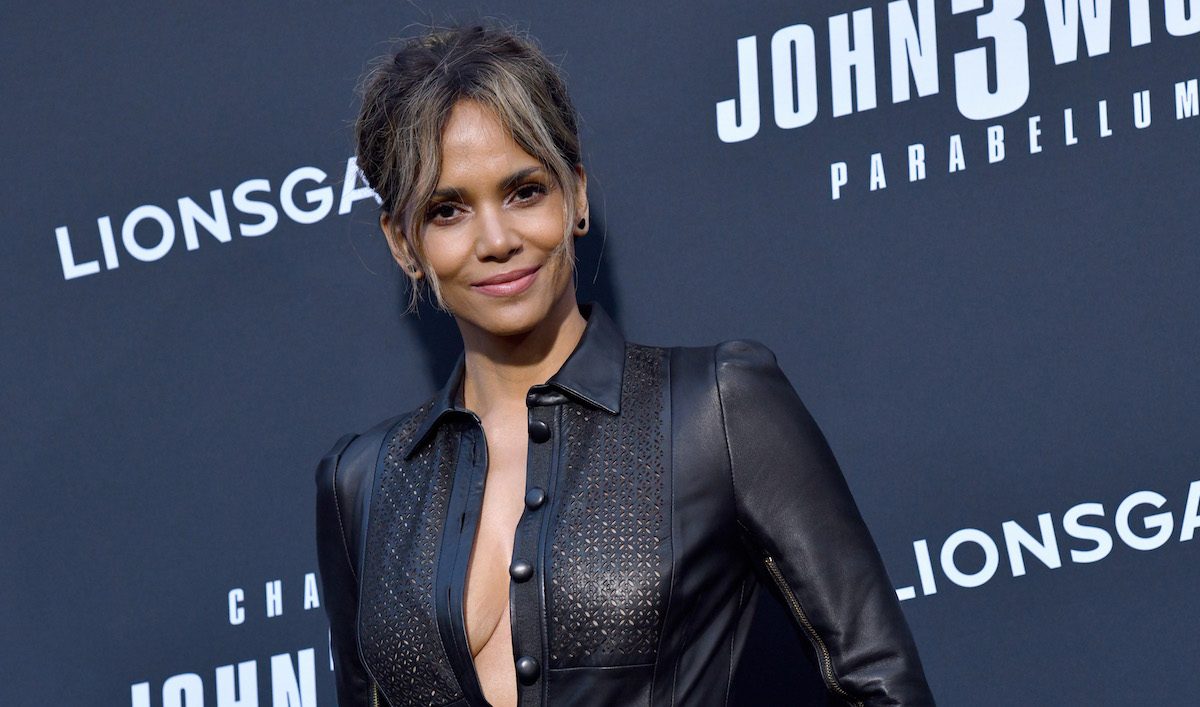 Most of us know Halle Berry as the award-winning actress who rose to fame in the 1990s. Most recently she has been famous for her role as Storm in the X-Men movie series.

Others may know her as a sex symbol who has topped many a magazine’s “Sexiest” list. But far fewer people know of her experience with domestic violence, both as a child and in her adult relationships, or how she was able to overcome some deeply ingrained self-destructive patterns to become an advocate for others living a similar reality.

Halle has been estranged from her father since early childhood, after he abandoned his wife and two daughters. During the time he was still around, her father was very abusive toward her mother.

Halle has recalled that at the age of five, she watched her mother get beaten “day after day after day,” kicked down stairs, and hit in the head with a wine bottle.

I saw my mother battered and beaten many years of my life and I felt helpless.

Knowing that her mother “wanted nothing more than for her little girls to see her be empowered and be a woman of strength, but having no way to make that happen was heartbreaking for me,” Berry said.

Back in 2010, an interview with CNN, Halle revealed how her experience with domestic violence at a very young age played a part in shaping her self-image as an adult, as trauma so often does. “Honestly, I think I’ve spent my adult life dealing with the sense of low self-esteem that that sort of implanted in me,” Berry said.

Somehow I felt not worthy… Before I’m Halle Berry, I’m little Halle, who was a little girl growing in this environment that damaged me in some ways.

Halle had to spend her “adult life trying to really heal from that.” Unfortunately, she ended up having to go through some of the same kinds of violence her mother went through all those years before she herself could truly move past it and start anew.

Every pattern is a habit that’s hard to break

During a speech at The Mayors Fund Benefit in New York City in 2004, Halle let the world know that she had been with multiple partners who were physically abusive, and that one horrific incident with a former boyfriend in 1991 was so bad that she ended up with a punctured eardrum and an 80% loss of hearing in one ear.

Halle never named the abuser but has said that he is well-known in Hollywood. Around the same time she shared this story, former boyfriend Christopher Williams accused Wesley Snipes of being responsible for the incident she had named, saying, “I’m so tired of people thinking I’m the guy [who did it]. Wesley Snipes busted her eardrum, not me.”

Halle and Wesley worked together on Spike Lee’s Jungle Fever in 1991. To this day, it still remains unclear if she was referring to Snipes or someone else. Halle never accused him by name and Snipes never responded to the accusations. Halle has also had several previous marriages, which has facilitated a free-flow of accusation-slinging which she has thus far chosen not to address—a decision absolutely within her rights as a survivor.

Of that time in her life, Halle has said, “I devalued myself and thought I wasn’t worth it. I chose partners that mimicked my father.”

It was only when I was in an abusive relationship and blood squirted on the ceiling of my apartment and I lost 80 percent of my hearing in my ear that I realized, I have to break the cycle.

However, against all odds, Halle managed to get herself out of a dangerous and toxic situation quickly, saying of the incident that damaged her hearing, “I left so fast there were skid marks.”

While many are quick to judge women who end up in and/or choose to stay in abusive relationships, the truth of the matter is that getting out often means learning to overcome one’s own lifelong issues with self-esteem and confidence, as well as skewed definitions of love and respect. As is the case with Halle’s childhood, it always originates from somewhere.

Halle is on a much healthier track these days, and has managed to translate some of her learned self-love into helping others. For many years now, she has been working with Jenesse Center, an organization that helps victims and survivors of domestic abuse.

She often attends Jenesse fundraisers and events and has openly praised the work they do to help people in precarious domestic violence situations. In 2009, Berry spoke out in support of Rihanna, who was physically abused by her ex-boyfriend Chris Brown but eventually got help and left.

“Any time a woman frees herself from that kind of bondage and that kind of situation, I’m proud,” Halle said.

Berry has more than once shared deceptively simple advice for anyone trapped in a domestic abuse dynamic, and that is: simply leave. In her speech at a Jenesse Center event in 2015, she said, “If a man, or anyone, lays their hands on you one time, they will do it again. You have to go, you have to love yourself enough and your kids enough to go.”

Of course, the endless challenges and barriers for women who want to leave but can’t, are now her life’s work. I’d say that’s beautiful progress for Halle Berry, and the world is a better place for it.

Quick-Thinking Uber Driver Gets Asked To Drive To ‘Suicide Bridge,’ Does This Instead
Hack Your Brain For Maximum Productivity | Jim Kwik Study Motivation
Man Sees Boy Studying Under Street Light And Is So Moved He Builds Him A Home
After 22 Years, Man Marries The Woman He Thought He Had Lost Forever As A Teen
What Netflix Taught Me About Life | Pete Davis | Goalcast Inspirational Speech